This beautiful church was built in 1911 in the Gothic Romanesque Revival style by a group of German-born settlers who arrived from Cincinnati, Ohio in 1877. The tower reaches a height of 125 feet, allowing the church to be seen from miles around given the flat surrounding landscape. The church has been well maintained and largely unaltered, even after the Second Vatican Council, which encouraged churches to do away with statuary and ornamentation. Immaculate Heart did not remove these from the interior. The church was added to the National Register of Historic Places in 1989. It is open to visitors daily (guided tours are available). The site also includes the rectory, school, and teacher's house. Windthorst Heritage Inc. owns and maintains the church.

Immaculate Heart of Mary Catholic Church was built in 1911. 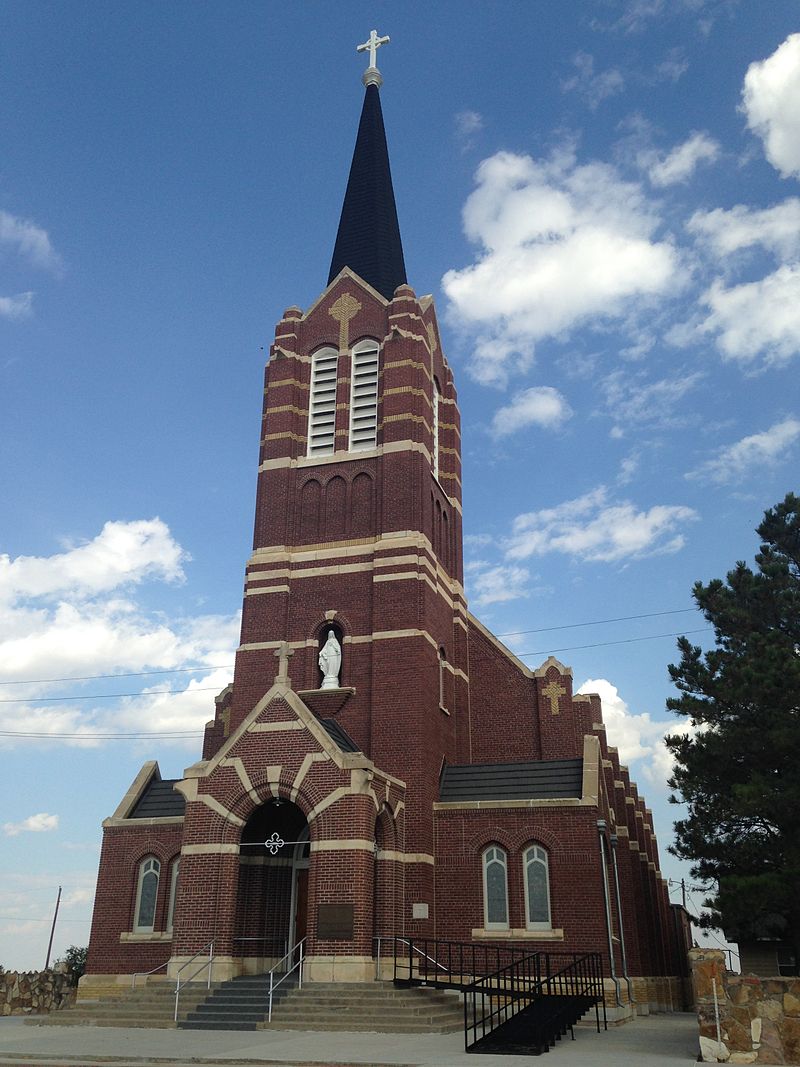 The German settlers were part of a group called German Aurora Homestead Association. They were attracted by the prospect of new farming lands in the Dodge City region. The arrival of a railroad to Dodge City in the early 1870s started to draw people to the area. By 1915, the township grew and the parish boasted 395 members. After WWI, however, that number declined, possibly due to changes within the church. By WWII, the population in the township decreased further and the school closed sometime in the 1940s.