This unique looking building was originally a library and named after philanthropist Andrew Carnegie, who donated $7,500 for its construction. It was one of numerous libraries that Carnegie helped build throughout the country beginning in 1881. Built in 1907, its architecture can be characterized the "free eclectic" style, incorporating various classical elements. The two-story dome, with its second-story gallery, is another striking feature of the building. Today, it is now the Carnegie Art Center, which provides space for local artists to present and sell their work.

The Carnegie Library was built in 1907 and operated as such until 1970. It is now the Carnegie Art Center. 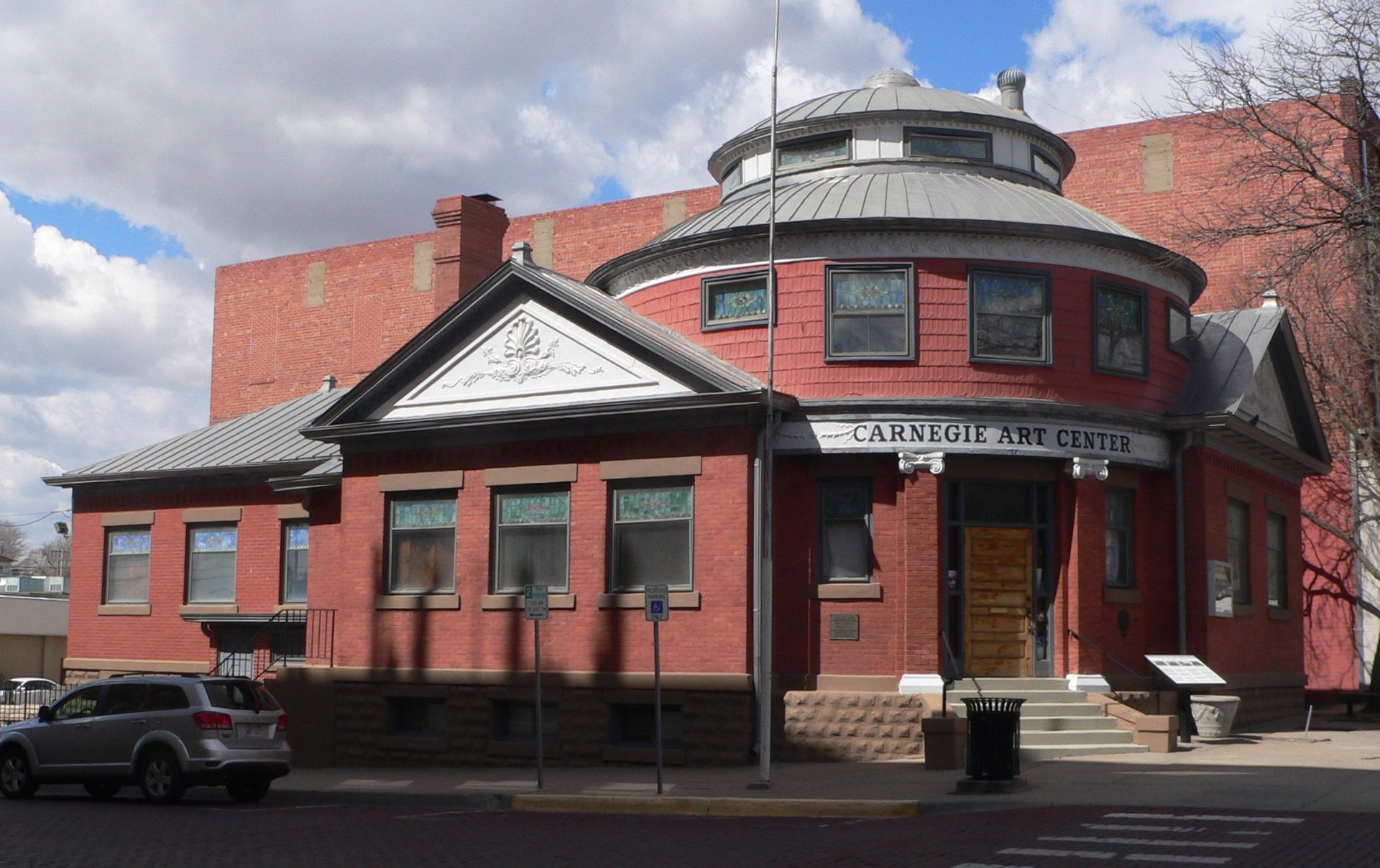 During the town's first fifteen years of existence, it earned a reputation of having a lawless atmosphere, attracting all sorts of unsavory characters. By 1900, this had changed as the town matured and stabilized. In 1905, a few prominent citizens, along with the local women's club, came together and decided to lead the effort to build a library. It was expanded in 1936 with the help of the Workers Progress Administration. The library operated here until 1970. After that, a restaurant and three private clubs were located here before the building became the art center.