In 1890, the Washington legislature authorized the construction of the state's first land-grant college, the Washington State Agricultural College and School of Science. After a lengthy search for the new college's location, Pullman was chosen. The college opened in 1891 and Thompson Hall, or the Old Administration Building, is the oldest extant building on the campus. 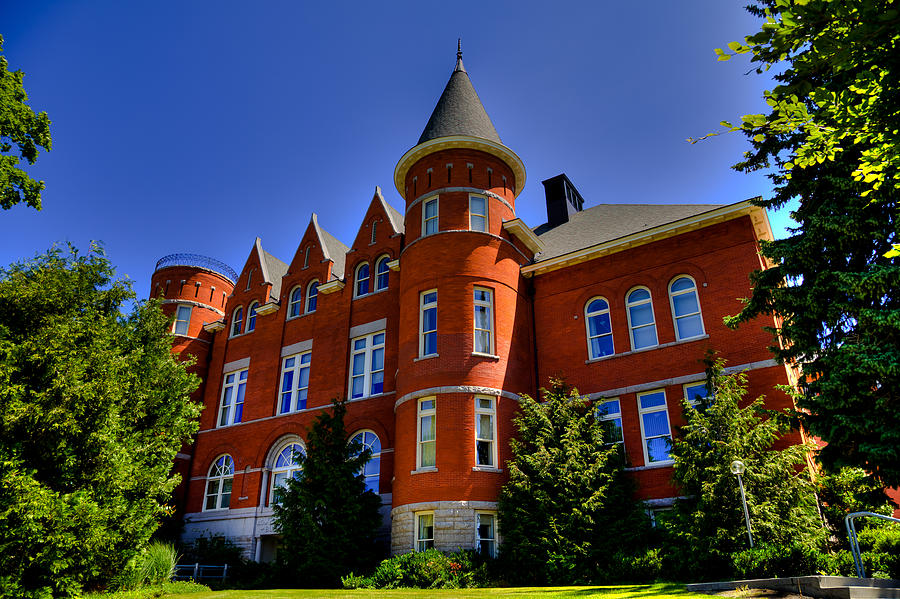 Arguably the most striking building on Washington State's campus, Thompson Hall is also the college's oldest existing structure. The building, which was designed by the Seattle firm of Stephen & Josenhaus, was built during 1894-1895.

The state allotted $50,000 for the construction of an administration building on campus. Thompson Hall was completed under budget, in part because builders used local red bricks made from clay deposits behind the building.

For most of its history, the building was known simply as the Administration Building. Its name was changed to Thompson Hall in 1972 to honor Albert W. Thompson, who was a former Dean of Humanities. It served as Washington State's administration building until 1968. Since that time, the building has housed Foreign Languages and the College of Liberal Arts. The building, sometimes known as "Old Ad," is listed on the National Register of Historic Places.