The United Presbyterian Church, more commonly known as the Greystone Church, was built in 1898 by famed Pullman architect William Swain. The church was enlarged in 1914 and continued to serve the community until 1977. The building now houses apartments which are primarily used by college students. 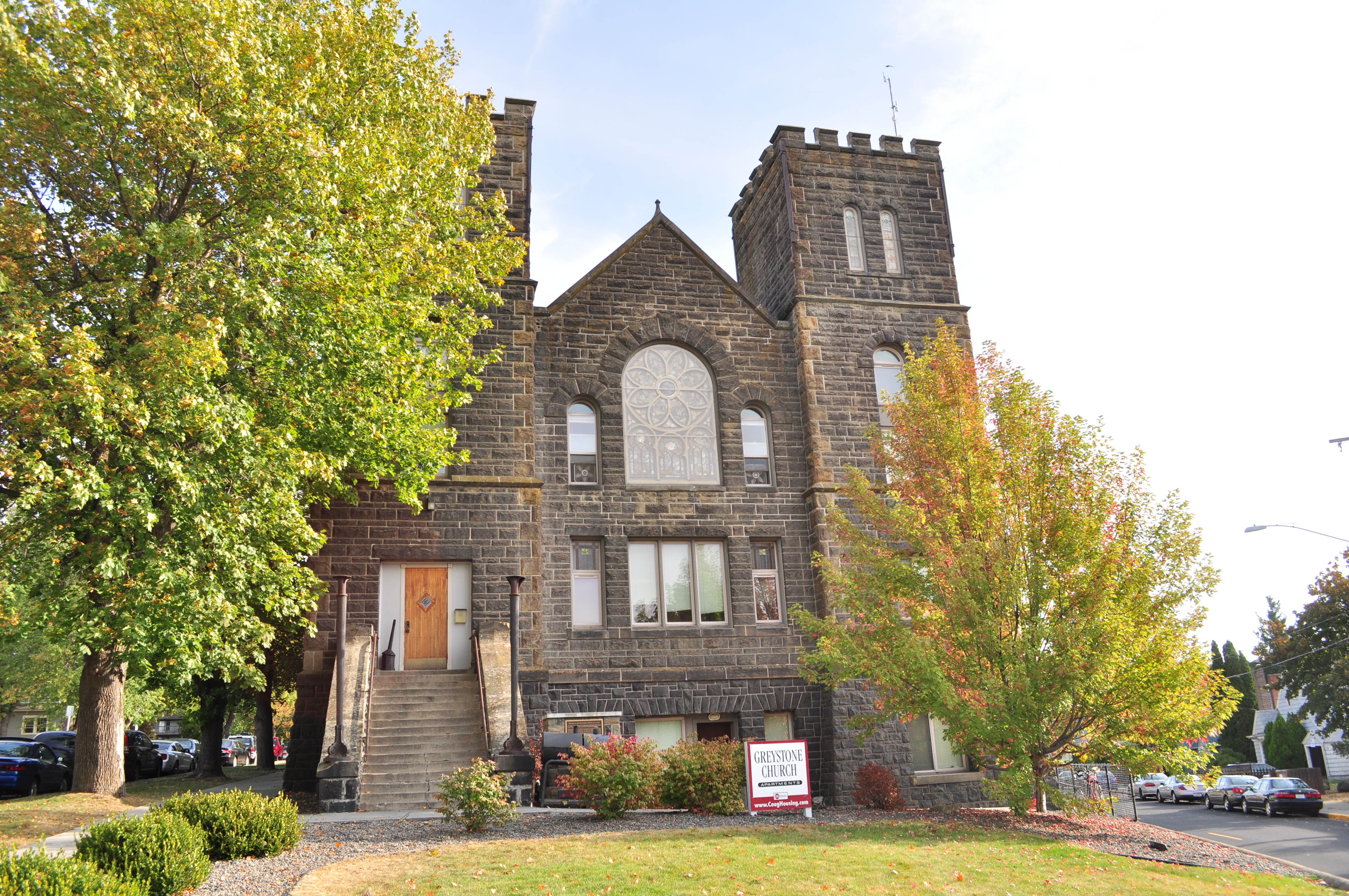 The United Presbyterian Church, more commonly known as the Greystone Church, was built in 1898 by well-known Pullman architect William Swain. The church was largely the work of Enoch A. Bryan, president of what was then Washington Agricultural College Experimental Station and School of Science. Bryan was concerned about the lack of a Presbyterian church for the students of the college and was instrumental in securing land and donations for the new church.

The church was unique in that it was constructed before it had a congregation. When it opened in 1899, the new church had a waiting congregation of forty people. It grew steadily, and within a few years, the congregation needed a bigger church. In 1914, a larger addition was built, which incorporated the original structure. The addition was also designed by Swain and is considered one of the finest church buildings in the Palouse.

The Greystone Church continued services until 1977, when the congregation moved to a new facility on Stadium Way. At that time, the building was sold to the Catholic diocese and it was used as a Catholic student chapel until 1980. From that point, the building sat empty for a number of years. Because of the efforts of preservationists, it was added to the National Register of Historic Places, but continued to decline, as no one seemed able to come up with the funding necessary for its restoration.

In 2004, the church was purchased and underwent a long restoration. It is now used as apartments, primarily for college students. Because of the beauty of the building and its central location overlooking downtown Pullman, residents of the building often find themselves acting as tour guides for the Greystone.