Veterans Stadium was not only known for being one of the worst stadiums in sports history but it was also known for holding some of the worst mannered fans. A stadium that even required a jail to hold its fans. Are the fans actually that bad? Every stadium is full of fans that are passionate about their teams and show their pride with aggression. So why are the Philadelphia fans stand out? Maybe because people wonder what Philly fans have to root for? 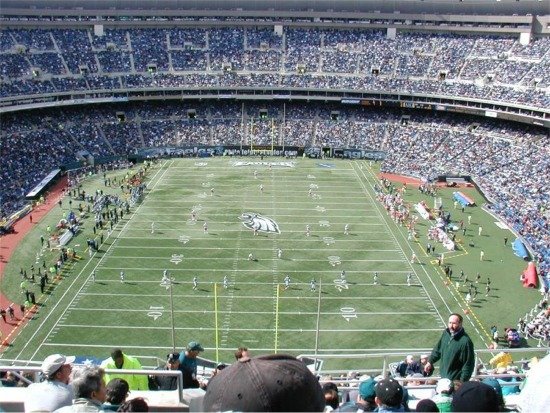 This is a photo of former PA Supreme Court Justice Seamus McCaffery who assisted in the creation and court process inside the Veterans Stadium. (Dent, 2015) 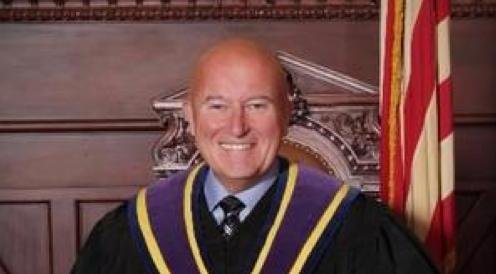 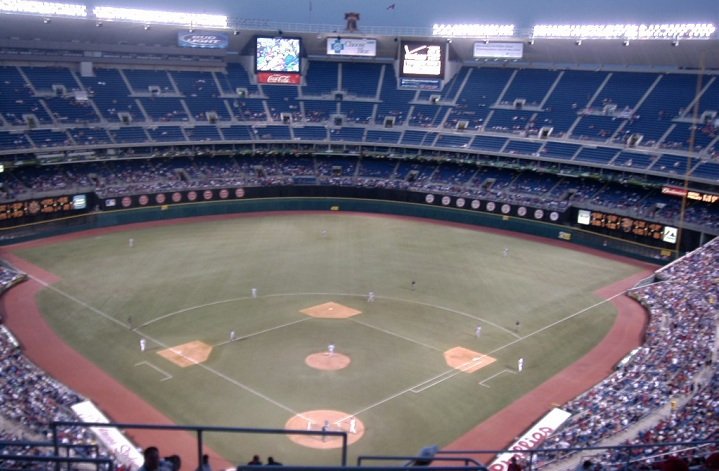 When it comes to sports teams, Philadelphia has always been known for creating chaos in the stands no matter who the team was playing. It got so bad that the stadium included a jail for the fans that were getting really out of hand. Fans and other teams feared going to the Veterans Stadium not because of the competition, but because the fans of the Philadelphia team are very passionate about winning. Not only do they take it out on the other teams when the team loses, but they even take it out on their own team. They have no problem telling the teams when they are not doing their best by constant booing from the stands or even throwing snowballs at Santa during the holidays.

The Veterans Stadium was the home of the Philadelphia Eagles and the Philadelphia Phillies who played in the first game at the stadium and the Eagles performed the last game at the stadium. Both teams were mediocre teams during the 1971 when the stadium opened to 2004 to when the stadium closed. There was only one championship that was earned in the Veterans Stadium. Even though the team stats were not the best in the nation, the fans still represented their team and state with great pride. There is no rhyme or reason to why the fans are so aggressive when cheer for their teams. (Dent, 2015)

There was a pivotal moment at the Veteran’s Stadium that made the jail seem mandatory. During a football game between the Eagles and the Steelers, a flare gun was shot across the stadium by a fan. This was a sign that the fans were getting out of hand and needed some type of threat that would prevent the recklessness that occurs in the stadium. The idea of this court room came from the owner of the Eagles and the Mayor and Judge McCaffery. (Dent, 2015) The court was not the first idea that they came up with. The owners tried many different ideas to try to calm the crazy crowds. On games where the Eagles would play their conference rivals like the Cowboys, Giants, and Redskins, the games would be held at 4 p.m. or earlier in hope that the fans didn’t have enough time to get  drunk. (Brinson, 2016) There was also the new regulation where the stadium would not sell alcohol past half time so that the fans could calm down before the result of the game. When a season ticket holder gets his ankles broken for bringing his friend, who happens to be a Giants fan, to a game then there is a problem. The court only lasted in the stadium until 1997 and then in 1998 the court was moved to the police station. Many stories were created from this stadium. Most of the arrests that were made were from Eagles fans that did not live in Philadelphia. (Dent, 2015)

The stricter that court and police officers were at the stadium the more people did not want to come to the games. As if the fans did not want to go to the games if they could not cause trouble.  The stadium was already known for its poor architectural structure by having fans walk around the building multiple time before they even got to their seat. It also got quite the beating from its own fans. There was one time a fan got caught stealing a seat from a toilet and wearing it like a medal around his neck.  This stadium was known and is still known as one of the worst stadiums in both NFL and MLB history. The AstroTurf that made up the field was one of the worst in the leagues and had to be torn up not long after being opened. The stadium itself was torn apart and was often caught in the crossfires of angry fans. (Brinson, 2016)

Philly fans are known to be some of the most intense in professional sports. No one can pin point exactly why people are passionate about their teams. Some people are fans because it is a family tradition. Some people are fans because it represents their city and the place they were born are raised. This is not any different from other fans, Philly fans just stand out more. Instead of crazy or aggressive, the fans could be passionate and loyal. Every fan has their own story behind their favorite teams and every fan shows their passion in their own way. Philly fans are a team that bond together over the love of their teams and city. Today these teams play at two separate facilities but are still very close to each other. The Eagles play ate Lincoln Financial Field. The Phillies play at Citizens Bank Park. In 2008 the Phillies won the World Series a much anticipated world series. This sparked a fire in Philadelphia causing the fans to believe again in their team. There has still yet to be a Super Bowl win from the Philadelphia Eagles, but under new management and a growing team there is hope for the future. Teams change constantly and people have many reasons for following a team but Philadelphia teams brings a community together for the fun of the game.

When the stadium was torn down, many Philadelphia fans were upset as they watched their stadium collapse in 2003. Fans saw the stadium as a second home. It was filled with many memories and fun events. The Veterans Stadium many not have been known as one of the best stadiums to the NFL or other fans. To the Philly fans the stadium was the heart of their city and will always be remembered.

Dent, M. (2015, September 11). Peeing in sinks, fights in the stands, a flare gun(!): The awful antics that birthed Eagles Court at The Vet, and why it went away. Retrieved from BillyPenn: https://billypenn.com/2015/09/11/peeing-in-sinks-fights-in-the-stands-a-flare-gun-the-awful-antics-that-birthed-eagles-court-at-the-vet-and-why-it-went-away/