Battery Randolph and the U.S. Army Museum of Hawaii at Fort DeRussy

In 1904, the U.S. Army Corps of Engineers purchased this land from a prominent Chinese merchant and diplomat. The military constructed a fort and coastal battery that was part of President Roosevelt's plan to build shoreline defenses for American controlled territory in the Pacific. Today, the former artillery battery is home to a museum focused on the military history of the United States and the Kingdom of Hawaii. Highlights of the museum include galleries that focus on Hawaii's history in World War II and the Cold War, as well as exhibits and information about the many projects led by the U.S. Army Corps of Engineers. 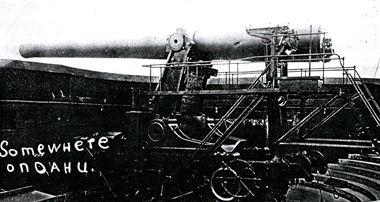 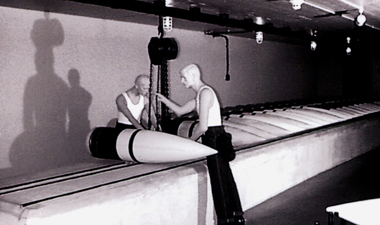 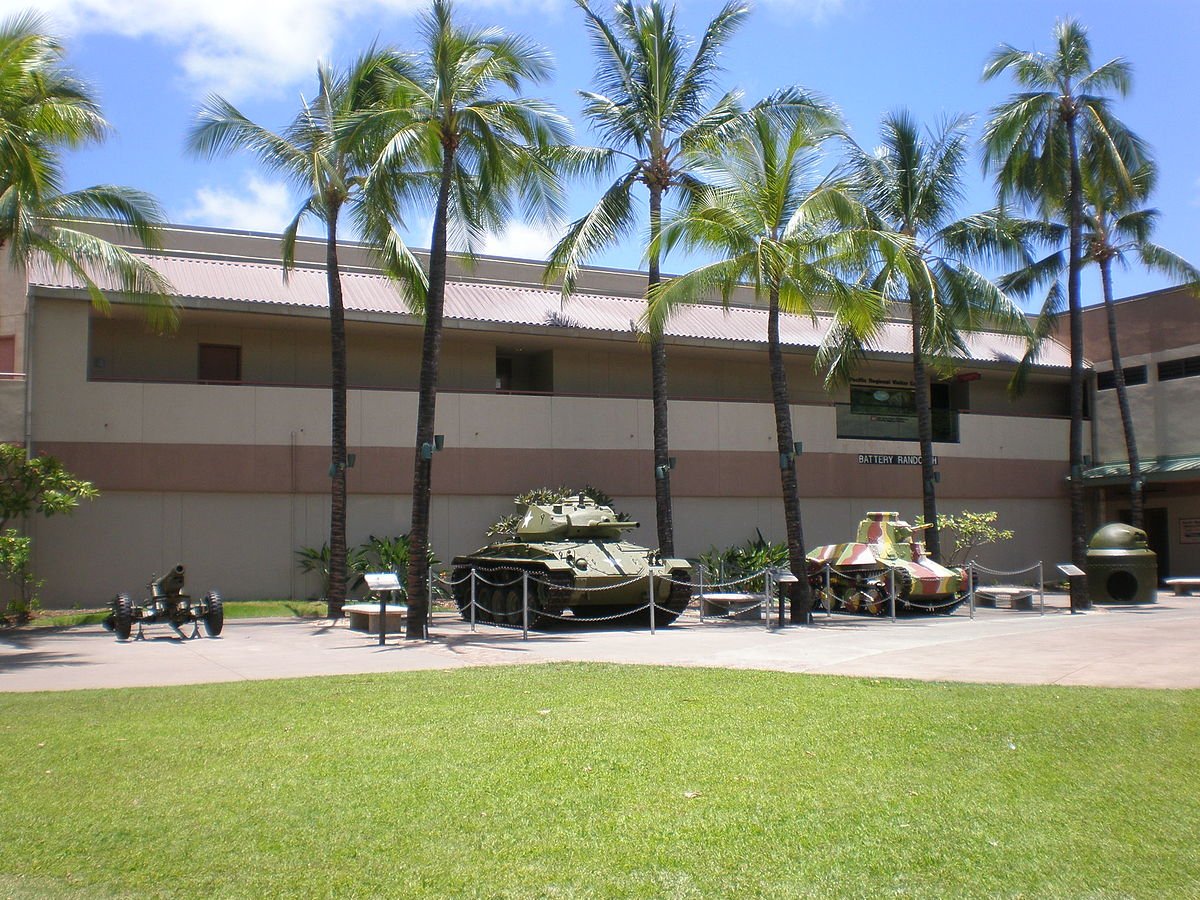 Chun Afong - First Chinese millionaire on the island, who sold the land that became Battery Randolph (now the museum) 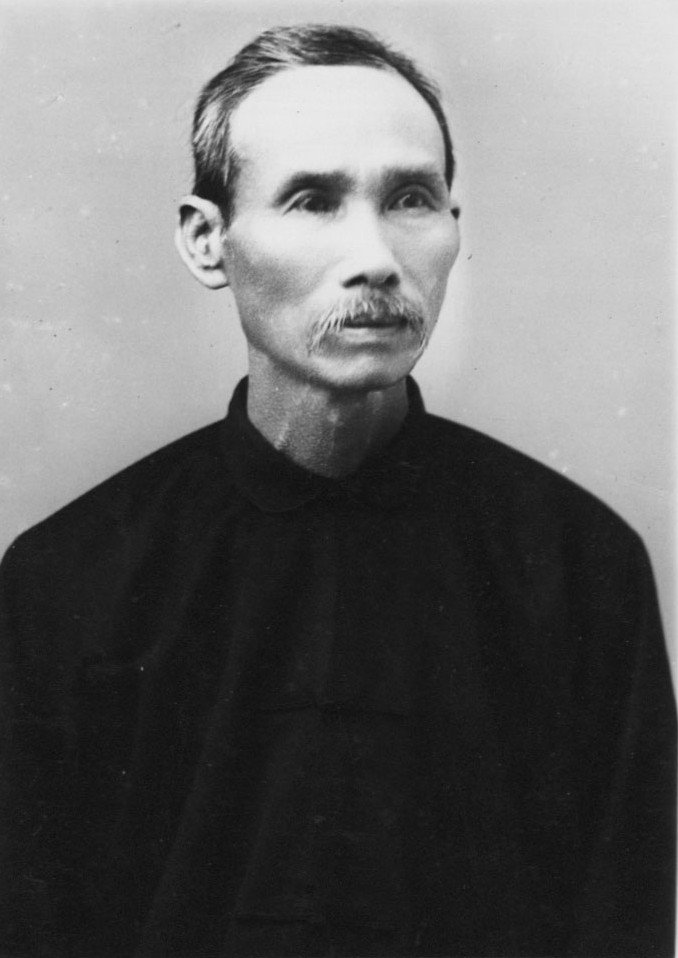 The property enjoys two histories, one of which is easily seen today while the other is hidden. The land, now a fort (and museum), was once owned by Chun Afong (Ah Fung), a Chinese merchant and diplomat who settled in the Kingdom of Hawaii during the nineteenth century. Afong (or Ah Fung) became the first Chinese millionaire in the islands while serving as an agent and diplomatic consul for the Qing Dynasty to the Kingdom of Hawaii, and as a member of King Kalākaua's Privy Council. He sold his three acres to the United States in 1904, who subsequently turned the property into a fort -- one that used the natural landscapes as its fortification walls. The fort remains and, today, the spacious facility now houses the U.S. Army Museum of Hawaii which is freely available to the public.
Chun Afong did not intend to make Hawaii his home but instead had his sights set on the California Gold Rush. Nonetheless, by 1849, Chun Afong, who had left behind his wife and son in his hometown, Zhongshan (Xiangshan) village in China, settled in the Kingdom of Hawaii, with about one hundred Chinese. He opened a shop, and within six years, the Chinese immigrant made his fortune as a merchant, selling real estate and through the growing and selling (legally or illegally) of sugar, rice, and opium.
To marry the British-Hawaiian noblewoman Julia Fayerweather in 1857, Afong agreed to become a naturalized Hawaiian subject, which subsequently connected him to the ruling Hawaiian elite and the future king Kalākaua, which whom he helped support financially on his way to becoming king during the 1874 election. Afung's wealth and political power grew steadily, becoming the island's first Chinese millionaire. However, political turmoil and scandal, notably the Aki opium scandal (which also involved his son, Chun Afung) that led to a July 1887 coup of the king via the 1887 Bayonet Constitution led to the end of Afung's influence and success on the island. In 1890, he left the Island for good and then sold his land to the United States Army Corps of Engineers for $28,000 in 1904.
In 1905, President Theodore Roosevelt's Secretary of War, William Howard Taft, began a program to update the nation's coastal defense program, which included U.S. interests outside the Continental U.S. such as the Philippines, Canal Zone, and Hawaii.  With the U.S. gaining possession of Afung's land, it opened the door for Battery Randolph, which stands today as one of the few examples of structures recommended by the Taft and his review board (and is still under United States control).
Battery Randolph demonstrates a shift in strategy for which military leaders constructed fortifications. In contrast to the imposing vertical walls common in most forts, new fortifications such as Battery Randolph blended with its environment, taking advantage of its surrounding landscape. The U.S. Army Support Command explains, "The low profile, massive emplacements all possess concrete frontal walls as much as twenty feet thick behind thirty or more additional feet of earth. The batteries were (and still are) all but invisible and invulnerable from the seaward direction. The permanency of construction is also evident by their present condition."
During World War II, the 14-inch guns of Shore Battery Randolph were fired only once, as part of a practice drill that took place shortly after the Attack on Pearl Harbor, which shattered an abundance of windows in the Royal Hawaiian and Moana hotels. Thus, the army never fired the guns again. During the Vietnam War, because of its location on Waikiki Beach, near Oahu's historic Royal Hawaiian Hotel and the Moana Hotel, soldiers went to Battery Randolph for R&R (rest and recuperation.
Battery Randolph is located at Fort De Russy, which derives its name from General René Edward De Russy (1789–1865), a West Point graduate and Civil War soldier who fought for the Union (his brother fought for the Confederacy). Moreover, General René Edward De Russy was noted for his supervision of fort construction.
Today, the Battery Randolph houses the U.S. Army Museum of Hawaiiʻi.  The museum's collection contains exhibits dedicated to World War II, the Vietnam war, the Korean War, and the "Gallery of Heroes," which honors recipients of the Medal of Honor and the Distinguished Service Cross. Additionally, the museum offers visitors an insight into the military history of pre-Imperial Hawaii. The museum also shares space with the U.S. Army Corps of Engineers Pacific Division Regional Visitor Center which presents information about key Army Corps projects in Hawaii and throughout the Pacific region.
In short, what began as one man's quest to find gold in California, turned into a story of that man --  Chun Afong -- gaining power, influence, and wealth in Hawaii, only to fall due to scandal and misdeeds. The land Afung acquired became available to the U.S. at a time when President Roosevelt and Taft (Sec. of War) sought to improve shoreline defense, with forts that worked seamlessly with the natural landscape. Though the fort did not see combat, the site now interprets the history of combat in the Pacific and allows visitors an opportunity to learn about U.S. military history, as well as the military history of the Republic of Hawaii.