Erected in 2014, this historic marker outside the Green-Meldrim House in Savannah, Georgia indicates the city as the final stop on Major General William T. Sherman’s March to the Sea. In 1864, Sherman, who served under Union General Ulysses S. Grant, was given the objective to move against General Johnston’s Confederate forces in Tennessee, which protected the South’s center of industry - Atlanta. Upon his victory in Tennessee, Sherman and his men marched to Atlanta, leaving a wide path of destruction behind them. Though Atlanta had been their original target, Sherman moved his men onward from November to December 1864 to capture Savannah, a major Confederate port city in order to gain full control of the South’s chain of production. This is one of many public markers denoting the impact Sherman’s presence and tactics had both on the city and the South.

Sherman's forces operated under a scorched earth policy - anything they couldn't consume or use for themselves immediately was destroyed, leaving the state of Georgia financially unprepared to continue fighting. 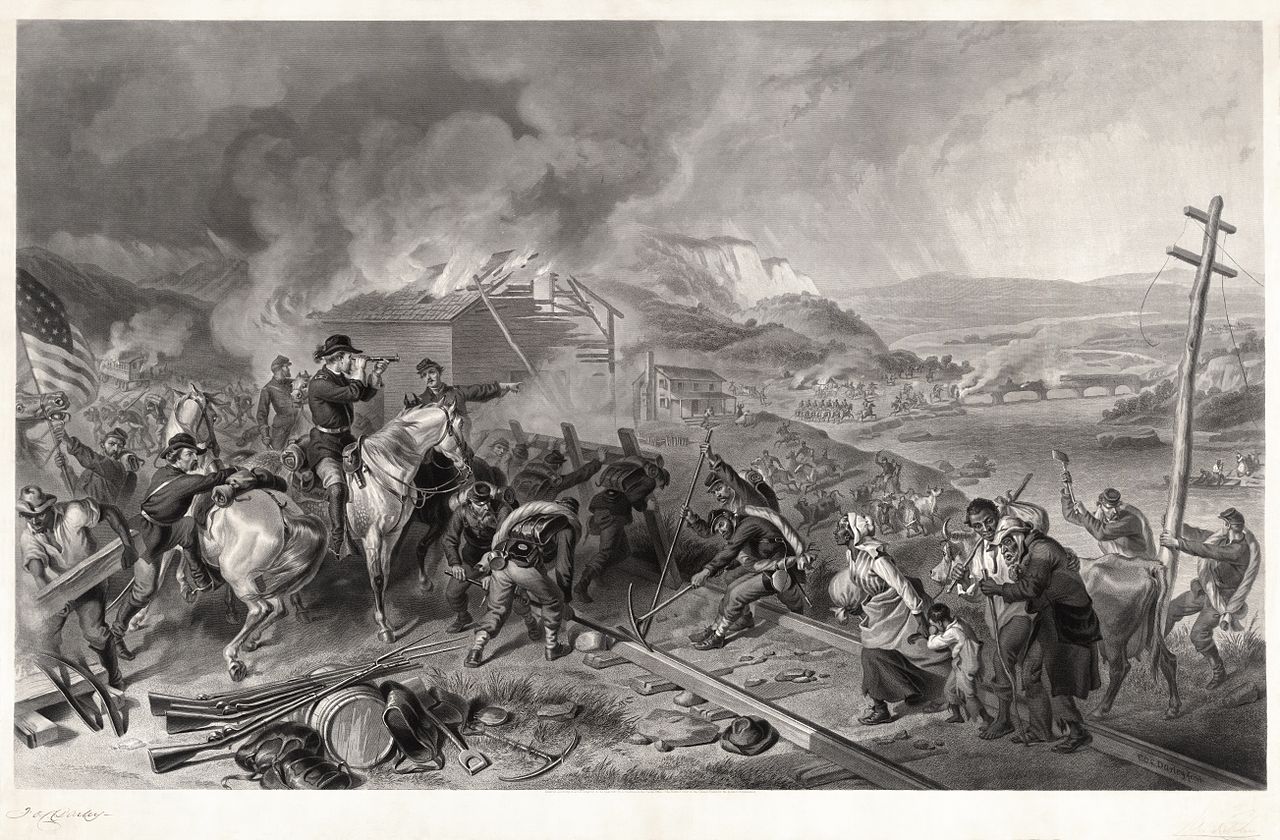 One of many like it, this particular historical marker about the long term impact of Sherman's March was unveiled in 2014 and commemorates the 150th anniversary of the Northern campaign into Southern territory. 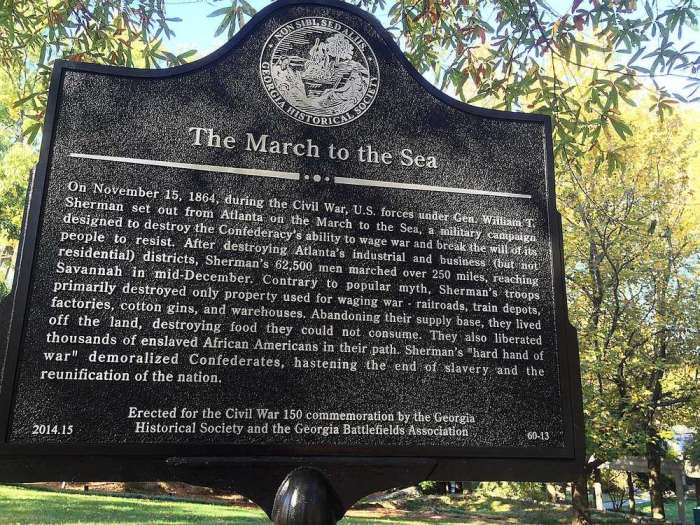 Sherman finally succeeded in his plan to capture Atlanta in late July 1864. However, his goal was not complete. Sherman’s mission was to cut all the Confederate supply lines to and from the city, thereby preventing any aid – supplies, medical, reinforcements – from easily reaching the Confederate forces in Tennessee and Virginia. His proposal to remedy this: march with part of his own forces to the port city, Savannah, nearly 300 miles away to capture it as well.

Moving deeper still beyond Atlanta and further into the heart of enemy territory, Sherman and his men left nothing to chance. They lived mostly off the land for this campaign, allowing them to destroy any extra food or supplies they came across in one of the towns in their path. To prevent the transportation of goods by rail, the men burned the wooden ties, and heated the metal rails until they were pliable enough to be bent around trees. Though Sherman only targeted things that might be useful for as Confederate military effort, that didn’t leave much safe – corn and cotton crops, livestock, telegraph lines, private homes, and feed granaries were all targeted equally and were equally wiped out by the invading Union forces.

Upon reaching Savannah in December 1864, the decision to ransack the city, as Atlanta and other cities and towns along the campaign trail had been ransacked, was up in the air. Lt. General Hardee, who had been left with a small army to defend the city elected to flee with his men to South Carolina, leaving Mayor Richard Arnold to surrender the city into Sherman’s hands. On the 22nd of December, Sherman set up his headquarters at the Green-Meldrim House, overlooking Madison Square.

While no further damage was done to the city (other than Sherman melting down the clappers of the church bells at the neighboring St. John's Cathedral) the citizens of Savannah and indeed the entire South were terrified and psychologically incapable of maintaining morale for the Confederate Army. The South felt the impact of Sherman's March, even after the war came to an end. Left without a great deal of income due to the complete destruction of crops and livestock, paired with an almost complete overture of the former system Southerners struggled for years to allow their economy to bounce back, which can occasionally still be seen and felt to this day.