The Commonwealth Armory was built in 1914-15 to house the Massachusetts Army National Guard. Built at the intercept of Commonwealth Avenue and Harry Agganis Way, it was demolished in 2002 and replaced by Agganis Arena in 2004. In its place there remains a marker, located in between Boston University’s Fitness and Recreation Center and Agganis Arena.

This is the memorial left in place of the Commonwealth Armory, providing pictures and descriptions of it's purpose during its use. It is located between Agganis Arena and Boston University's Fit Rec. 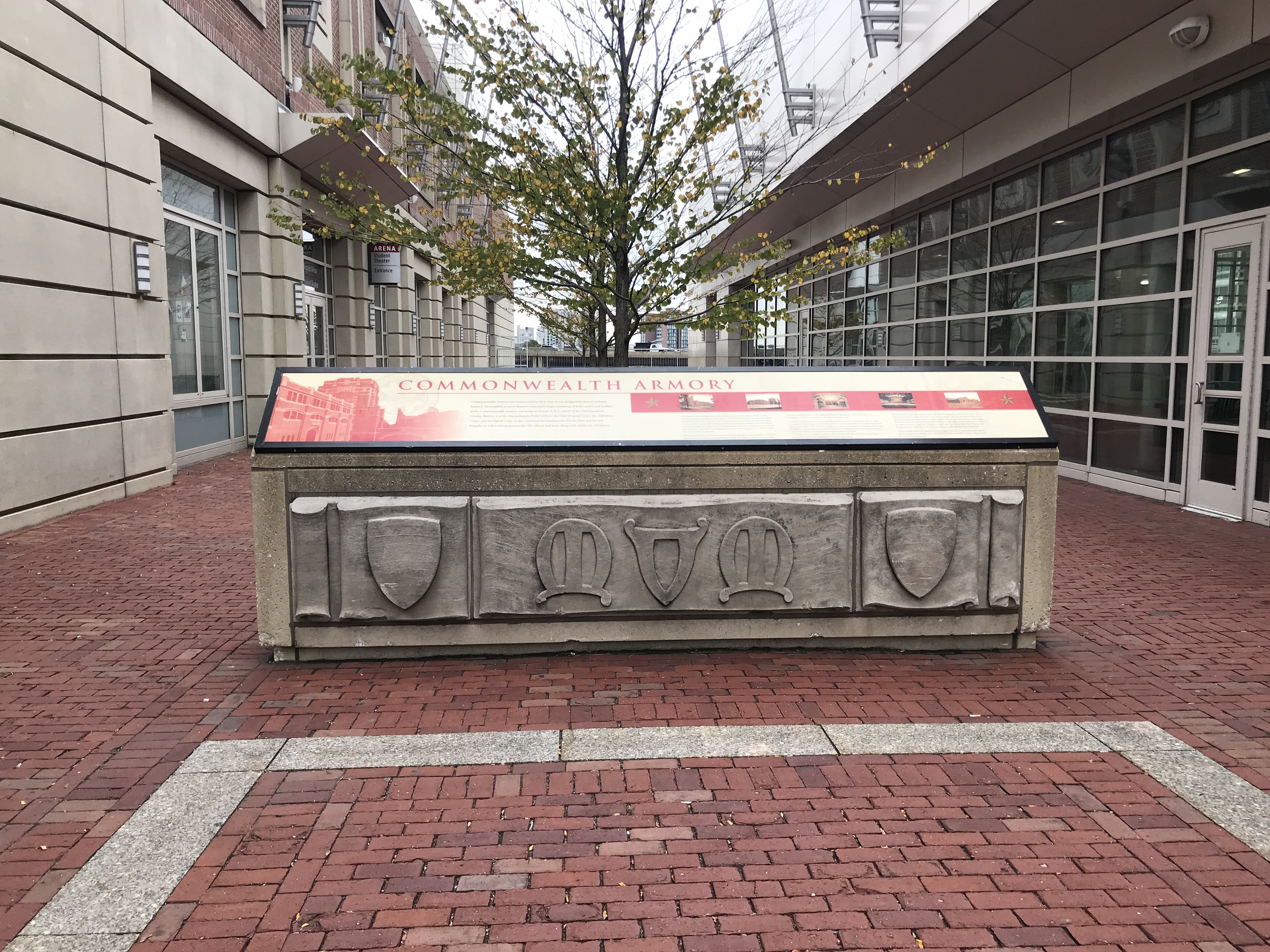 This is the Commonwealth Armory, built in 1914-15 at the intersection of Harry Agganis Way and Commonwealth Avenue in Boston, Massachusetts. 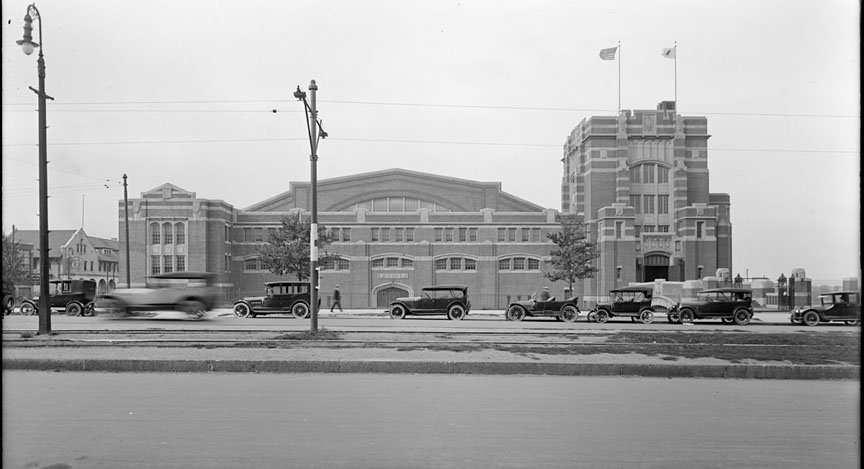 The Armory, built in 1914, was designed by James E. McLaughlin to serve Boston’s mounted troops and was specifically home to Troops A, B, C, and D of the First Squadron Cavalry, Battery A of the Massachusetts Field Artillery, the Field House Corps, the Ambulance Corps, and the Signal Corps.  It also served as the headquarters for the First and Second Brigades and was home to 700 officers and men, along with around 250 stables for the cavalry units. The troops who resided at this Armory were sent to the Mexican border in 1916, as part of the Border War of the Mexican Revolution.

Shortly after the United States entered World War I, the troops were shipped overseas to fight in France but were unfortunately sent home in 1919 after heavy casualties. As cavalry units phased out, shortly followed by artillery units, the Armory was needed less and less and no longer served a unique purpose.

In later years the Armory was also a venue for many shows, including Ray Charles in 1961, Sonny and Cher in 1966, the Who in 1969, BB King in 1996, and Bob Dylan in 2000 to name a few.2  It was also host to gala events such as horse shows,  polo matches, auto shows, and track and field meets.  The National Guard continued to occupy the armory until December of 1988.

In 2002, the Armory was bought and demolished by Boston University. When reopened in 2004, it was renamed as Agganis Arena and is currently used as a gymnasium and most recent addition to Boston University’s Student Village. Harry Agganis was a two sport athlete (baseball and football) for Boston University in the fifties, who in 1951 set three major BU records that varsity season: most touchdown passes in a game (4) most touch down passes in a season (15) and punting average (46.5).3   With the nickname "the Golden -Greek," Agganis was the first student at Boston University to be named "all-american," and will be forever enshrined at the Agganis Arena and statue present along Commonwealth avenue.

Today, there is a marker in commemoration of the Armory which is used to describe the Commonwealth Armory's function and legacy.  It is located in the walkway between Agganis Arena and the Fitness and Recreation center. The marker gives a history of the space, along with pictures of what the space used to look like including a look into the stables and a detailed explanation of the grounds and the living quarters of the troops.