The house of James Jaquess 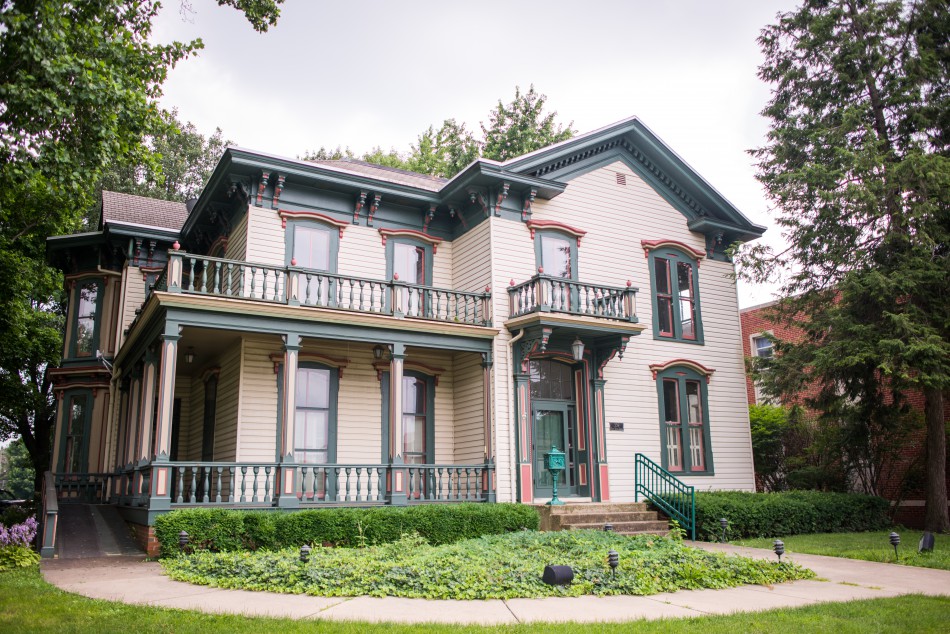 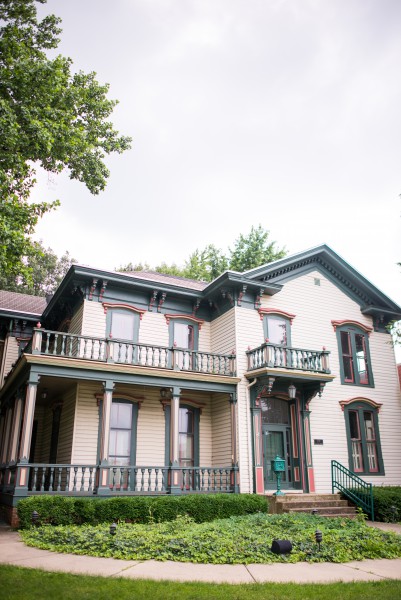 The Looking for Lincoln sign located outside of the house. 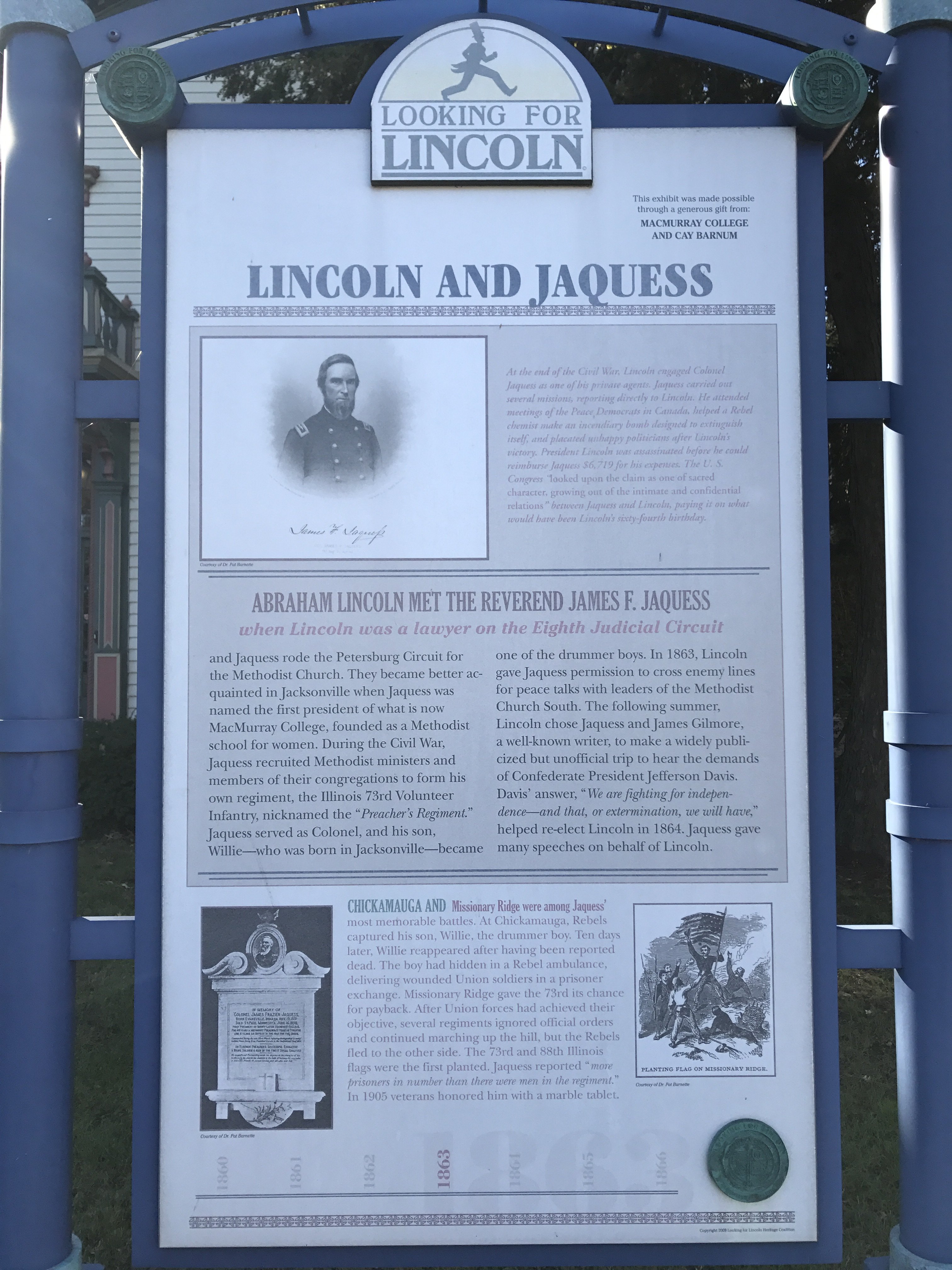 James Jaquess was a Methodist Preacher whom came to be the first president of MacMurray College, or the Illinois Conference Female Academy as it was referred to then. The home was built by John Henry between 1848-1853, but MacMurray College did not possess the building until 1925. From 1925-1929 it was used as a dorm building for girls at the college, but then became the home of President Jaquess. Lincoln and Jaquess first met in Petersburg. For a Methodiest Church Jaquess rode the circuit, and Lincoln was on the Eighth Judicial Circuit at the time as a lawyer. They became better acquainted when they both came to reside in Jacksonville, Jaquess was here as a minister and Lincoln was a lawyer at the time.

During the Civil War, James Jaquess joined the Army. Due to him and many other ministers their unit came to be referred to as the "Preacher Regiment". Lincoln gave Jaquess various missions throughout the war, and trusted Jaquess to carry them out. Jaquess met with Confederate Leader Jefferson Davis and discussed peace options. Jefferson stated that the South demanded they be able to stay independent or they would not accept peace. Jaquess relayed the information back to Lincoln. Jaquess traveled a lot for his missions, and Lincoln claimed he would pay him back for the expenses, but he was assassinated before he could do so. Jaquess was however paid back an amount of roughly $6,719 by the U.S. on what would have been Lincoln's 64th birthday. Jaquess had also given multiple speeches to aid in the reelection of Lincoln in 1864.