Ute Cemetery was established in 1880 by early settlers to the area when a prospector died along the way to the Roaring Fork Valley. The cemetery was used as a burial ground primarily for working-class residents of Aspen, many of whom were single men far from home. The cemetery is now listed on the National Register of Historic Places.

Entrance to the Ute Cemetery 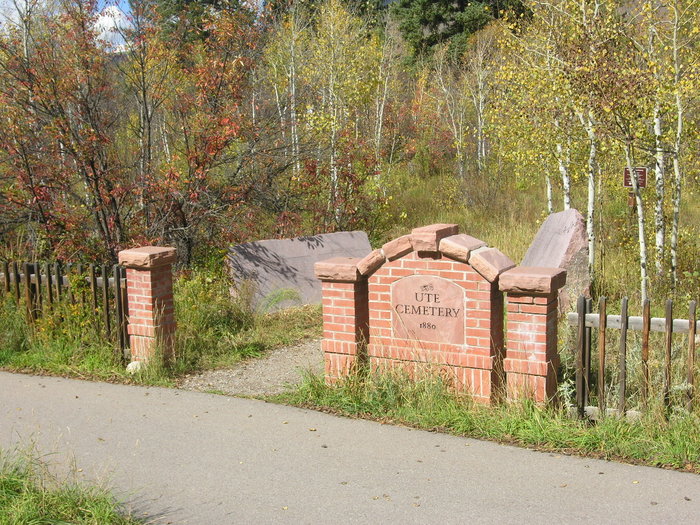 Graves at the Ute Cemetery 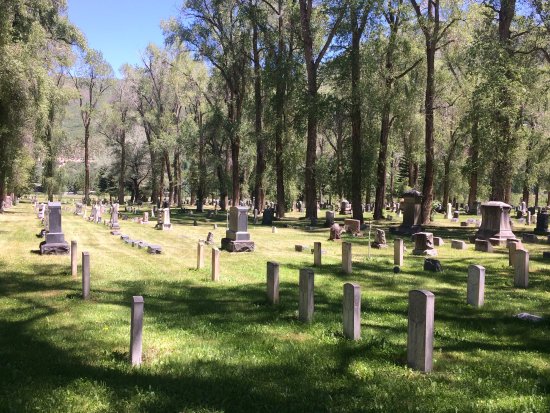 Until the Great Depression, Ute Cemetery was the primary resting place for Aspen’s pioneers and working-class residents. The cemetery began in 1880 when a prospector died along the way to the Roaring Fork Valley. At that time, Aspen was a tiny settlement and there was no established burial ground. The man’s fellow miners buried him at the base of the Aspen Mountain, and for the next six decades, Ute Cemetery became the final resting place for working-class Aspenites.

Unlike later cemeteries, which were planned and well-organized, the graves at Ute Cemetery are haphazard; there are no rows and graves were randomly placed based on available ground. For many years, the cemetery didn’t even have a name.

The cemetery was regularly used until 1940; after that point, only two people were buried there, and the cemetery suffered from severe neglect for many years. The city was largely abandoned and overgrown until 2002, when the city of Aspen began to look into restoring the cemetery. Historians and preservationists identified 175 marked graves. Vegetation was cleared from the site and an interpretive trail was developed to introduce visitors to the site’s history. The cemetery is listed on the National Register of Historic Places.