Built in 1897, the Krenn school in New Milton, WV still stands and remains the last well-preserved one-room schoolhouse in Doddridge County. Originally purchased for twenty-five dollars, the school is located in the small but historic community of St. Clara. St. Clara not only is home to the state’s first Commissioner of Immigration but it was also the origin of some of the attempts to colonize western Virginia. Even though it had a risk of being lost and torn down in 1988, the school still stands prominently on the side of the road along Route 66 and has been the subject of many stories passed from generation to generation.

The Krenn Schoolhouse is the only still standing and structurally sound one-room school remaining in Doddridge County. 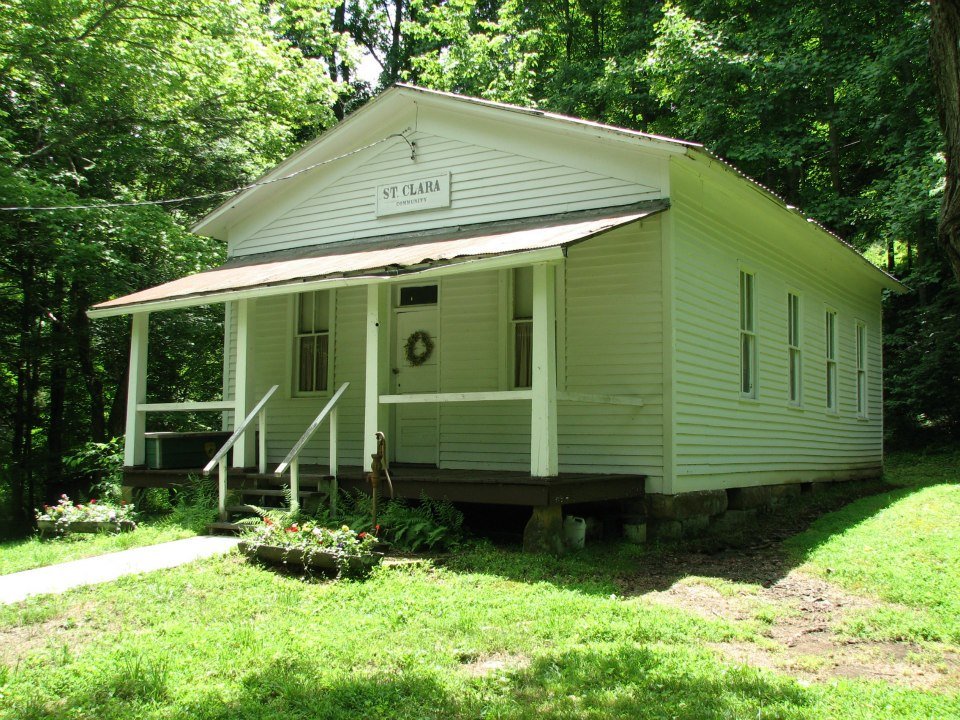 The significance of one-room schoolhouses have been portrayed in several books and movies. Representation of these structures give people a sense of local history as well as a very on what education, if any, was offered during this time period. The Krenn school is no different. Looking back on pictures and reading about the importance of education in those times, it makes anyone proud and gracious of the education they have received.

Nestled on only a fourth of an acre bough for only twenty-five dollars at the time, the Krenn school was built in 1897 using local labor as well as materials. In 1922, it was upgraded to represent new, “modern standards” that were popular at the time. These were the only major changes this building has seen in its hundred and twenty-year existence. The building at this time was extended about five and a half feet, a cloak room was added as well as the windows being moved for better lighting in the school. In addition, a hand painted sign by a local residence named June Bee Barnes reading, “St. Clara Community,” was added to the front of the building above the entrance in 1956.

The interior of the Krenn School is said to be like a “turn-of-the-century museum.” Inside are still some of the original furnishings such as a coal burning stove that was used until the discovery of natural gas in St. Clara in the 1920s and some desks. In addition, there are wall maps and pictures of classes who have passed through the doors still hanging on the walls. This building remained a one room school house until around 1942. At the time, enrollment at the school was very low. To keep the building alive, the Doddridge County Board of Education allowed the St. Clara community to use the structure as a location for their monthly meetings.

In 1988, the school was almost sold in a public auction. The superintendent of Doddridge County suggested this due to the danger of liability suits due to the age of the structure. With the assistance of the local historical society, the plans were put on hold. Many believed that the building should remain standing due to the significance it made to such a small community.

Up until then, the building was used for mostly civic meetings. Now, while it is still standing, it remains vacant. In 1988, it was added to the National Register of Historical Places. All that remains are the history in its walls, the desks that have seen many students and times come and go, and the hand painted sign that welcomes you to the Krenn School in the community of St. Clara.