Located in a former fire house from the Victorian Era, Harrisburg’s National Fire Museum is devoted to the history of fire fighting and the men and women who performed that task over the past 200 years. Its numerous exhibits include fire fighting artifacts from hand to horse drawn, from steam to diesel powered. Its displays also feature life-like human and equestrian figures, vintage photographs, handtubs, hoses, uniforms, communications equipment, and fire fighting memorabilia. The museum is open every day except Mondays and includes a small gift shop that sells toys, collectibles, apparel and books.

The museum is housed in the former home of Reily Hose Company #10 which dates back to 1899. 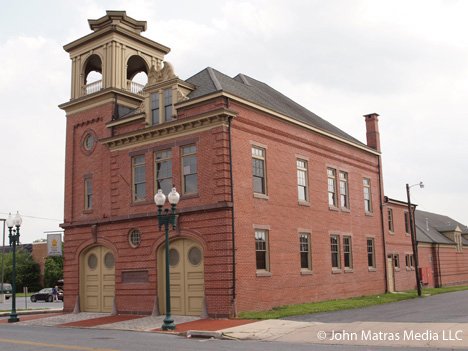 In the early days of fire fighting, both humans and horses were used to pull the equipment. 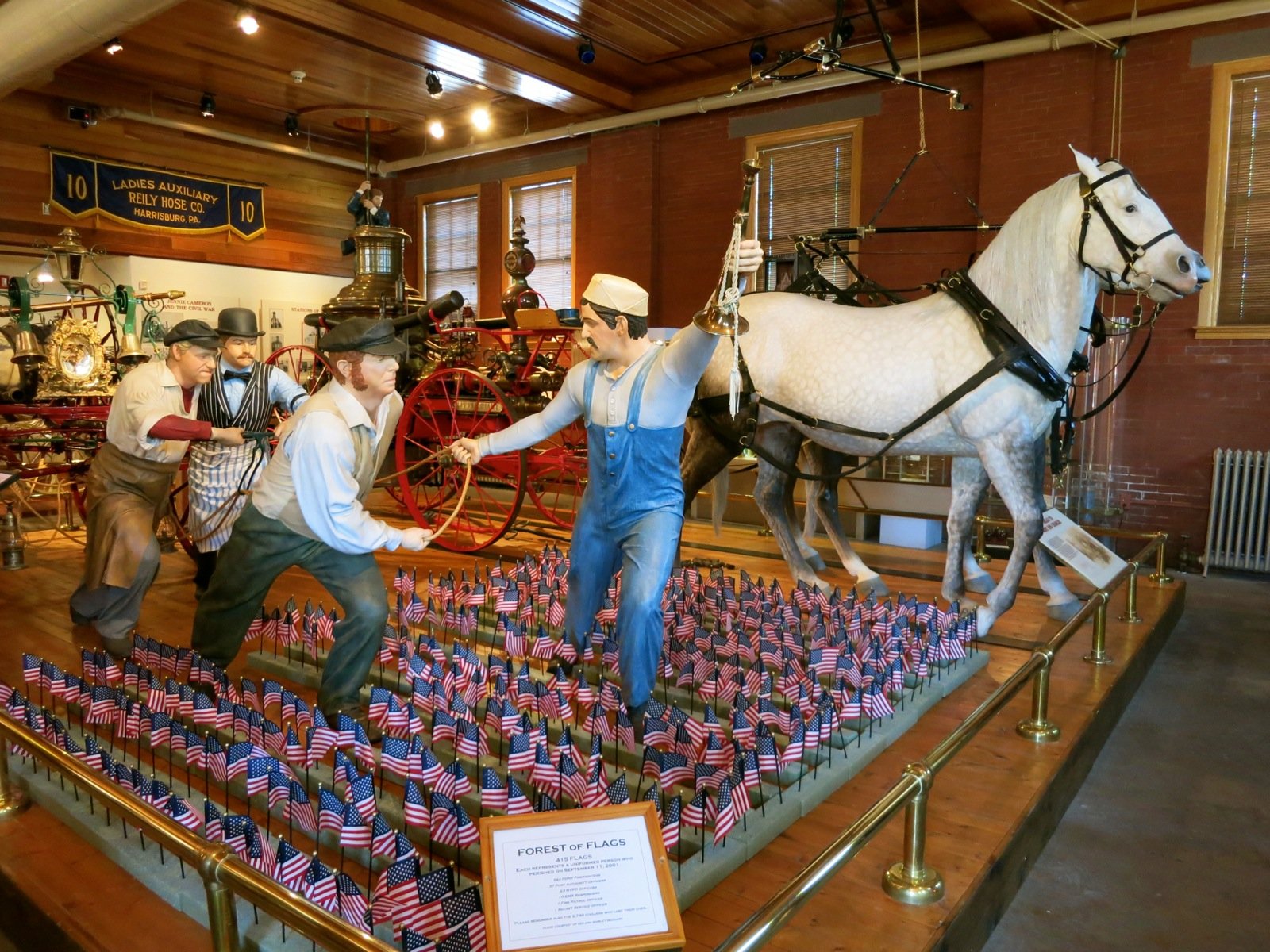 This 1935 ladder truck has been restored to its original condition. 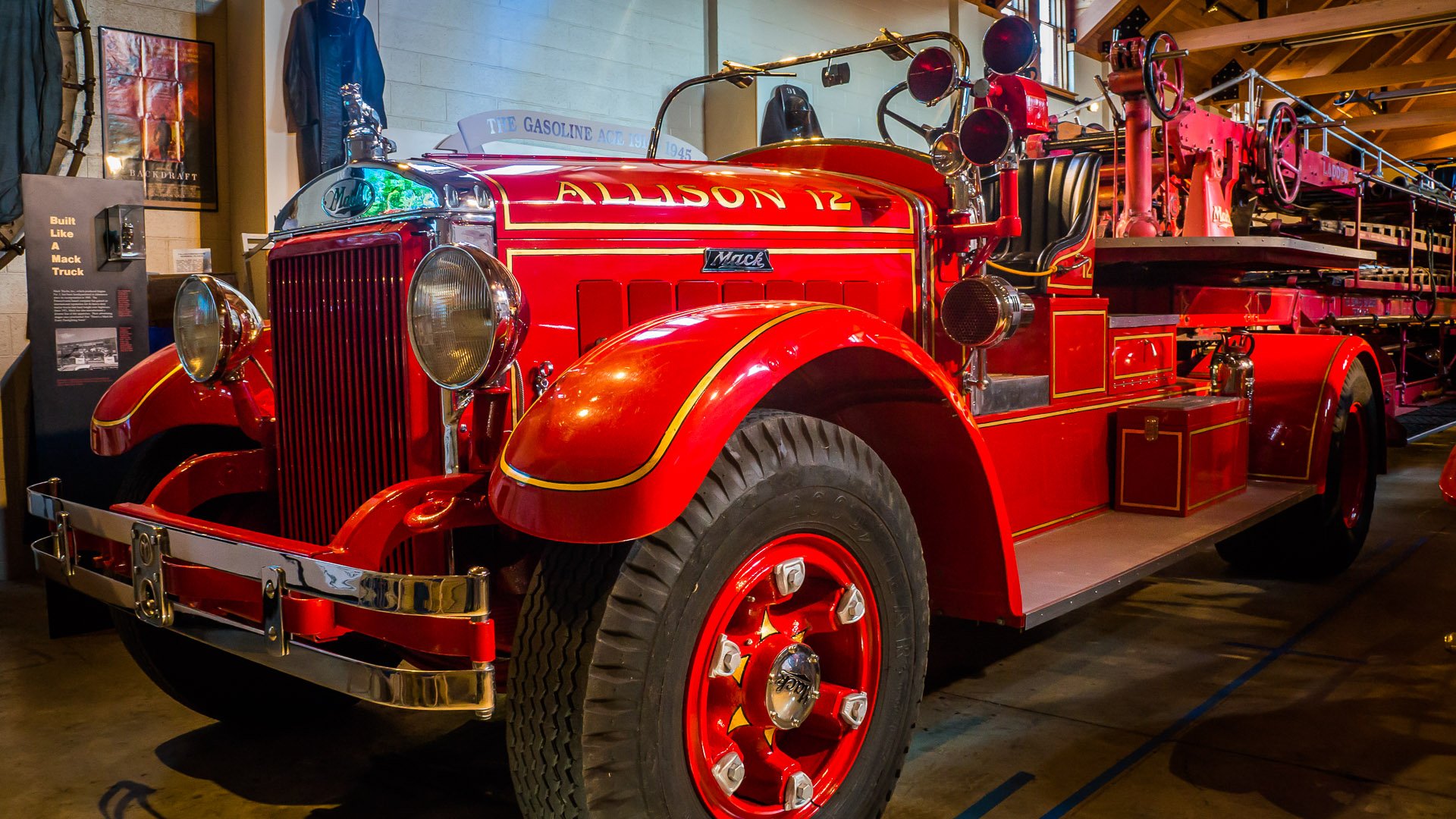 The vintage equipment within the Gamewell Fire Alarm Headquarters is still operational. 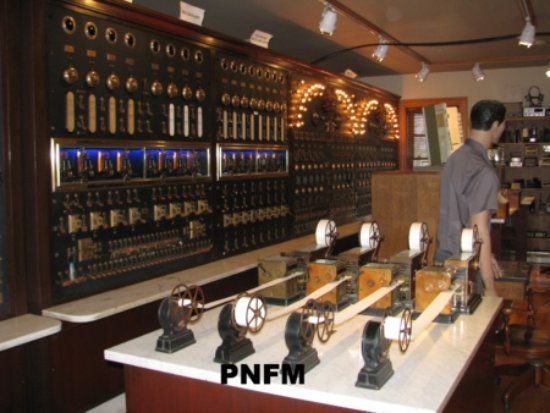 This c.1910 photograph shows the men and equipment of Reily Hose Company #10 outside the fire house. 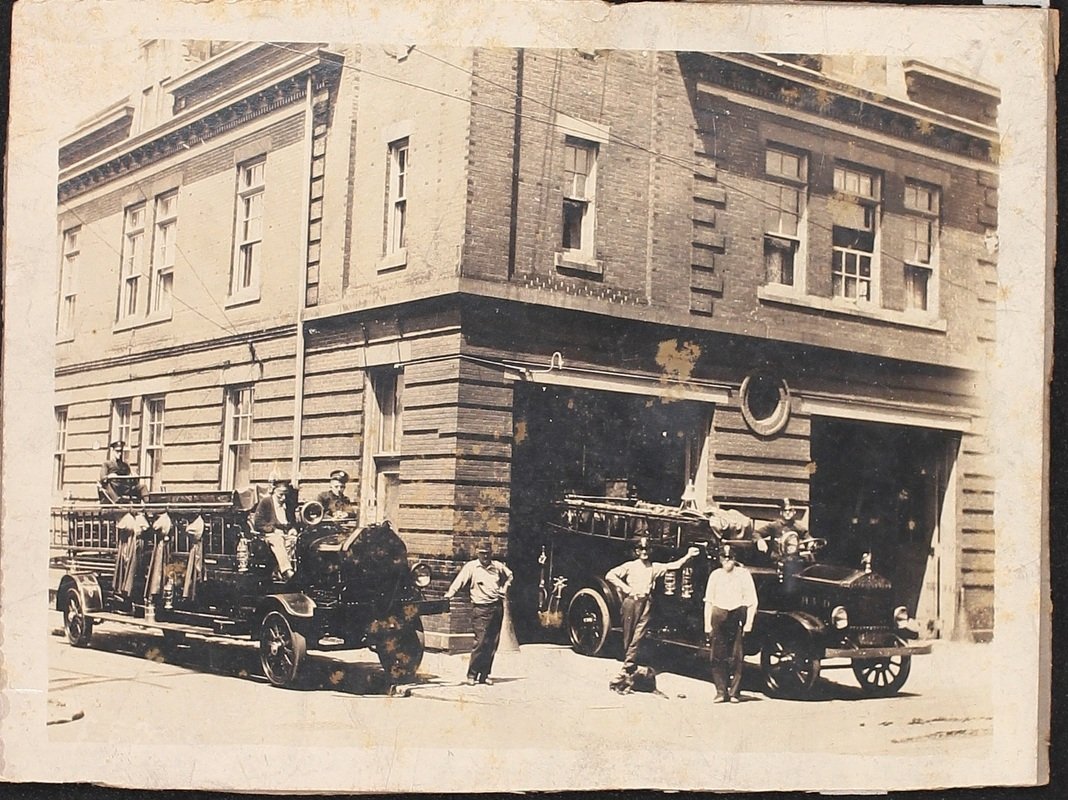 The building that is now home to the Pennsylvania National Fire Museum was once home to Reily Hose Company #10.  This company was organized in 1885 and its original frame fire house was located along the 500 block of Wood Street.  Its district expanded as the city did and it soon required a larger, more modern structure from which to operate from.  Land at the corner of 4th and Dauphin Streets was donated in 1889 and funds were later secured for a new fire house.  The two-story, red brick structure was finally completed in 1899.

The new fire house featured a double-bay garage, decorated dormers, second floor housing for the fire fighters and a small stable for the horses that pulled the fire fighting equipment.  The hose company faithfully served the uptown section of Harrisburg for nearly a century and ceased operations in 1980.  During that time, it witnessed a myriad of technological and safety advancements to its equipment and its those changes that the museum displays and documents.  The city eventually, in 1991, took possession of the building that once housed the hose company, with the intention of restoring and transforming it into a fire museum.  That goal was achieved, with the tireless efforts of present and former volunteer fire fighters, when the museum first opened its doors in 1996.

Today, former volunteer fire fighters are now volunteer docents at the fire museum and help visitors understand the important role they, and those who came before them, played in saving structures and, much more importantly, lives.  These volunteers help maintain the building that houses the museum as well as the equipment and artifacts on display.  And those items include a 1935 MACK tillered ladder truck, a 1910 #3 hose cart from the Defender Fire Company, a 1911 IH engine, an Alf steamer, and a hand pumper built by Richard Mason of Philadelphia in 1791 which makes it one of the oldest, original hand pumpers in the United States.

The second floor of the museum is dominated by the fully operational Gamewell Fire Alarm Room from a Johnstown fire company.  This room also features the Dauphin County fire dispatch console that was used during the nuclear incident at Three Mile Island in 1979.  Visitors to the alarm room can “pull the box” to initiate a fire alarm through the system and entire fire house.  They can also sample fire alarm tones used at various fire houses from the 1970s through the present.