Smuggler Mine has the distinction of being the only operational silver mine in Aspen and for once producing one-fifth of the country’s silver. Silver was discovered in the area in 1879 and David Marks Hyman took ownership of the mine in 1880. While most other Aspen silver mines closed down after the silver crash in 1893, Smuggler mine remained active through 1918. 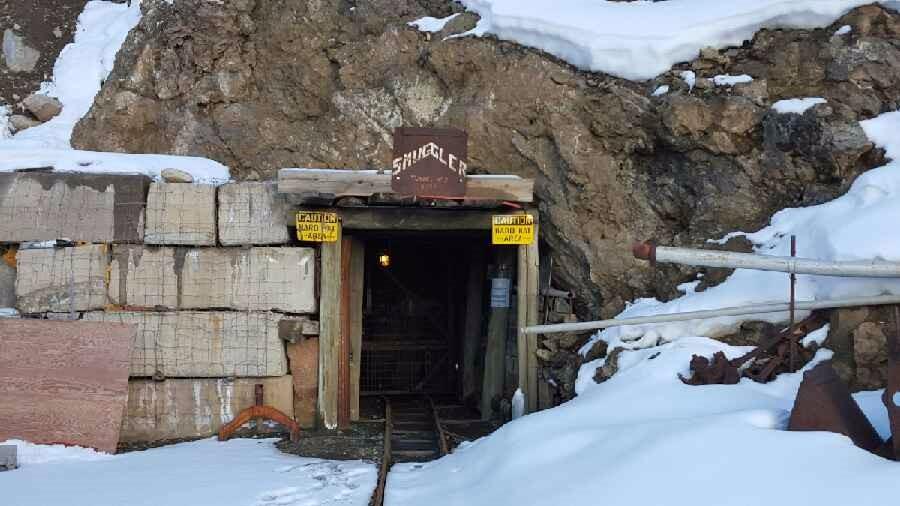 Old mining cars at Smuggler Mine

The first silver strikes in the Roaring Fork Valley were made at Smuggler Mine in 1879. Early the next year, Charles A. Hallam and B. Clark Wheeler came to the area in search of investment opportunities for their partner, David M. Hyman of Cincinnati. The two men leased some of the Smuggler Mine claims, and in 1880, Hyman founded the town of Aspen.

The late 1880s were boom times for Aspen, and this was especially true of the Smuggler Mine. The mine is said to have produced one-fifth of the country’s silver, including the largest silver nugget ever discovered: a whopping nugget of 2,054 pounds. When most of Aspen’s silver mines closed in the 1890s following the silver crash of 1893, the Smuggler Mine remained open, employing some three hundred men.

The mine continued operations until 1918 and was a major source of employment in Aspen.  In the 1920s and 1930s, however, the mine sat idle and many of the buildings on the property deteriorated or were dismantled and used for scrap.  For a time in the late twentieth century, the mine was identified as a superfund site by the EPA because of lead contamination and shut down.

The Smuggler Mine is still active, but largely for tours and hikers. Although some of the mine structures have disintegrated over the years, the site remains largely intact. The mine is listed on the National Register of Historic Places.