Built in 1905 and still standing in the town of West Union today as an attorney building, the W. Scott Stuart house shows an architectural trend that swept the United States in the 1900s. This trend was initiated by a well-known architect named A.J. Downing. The Stuart house, named after the family who lived there for many years, features two very prominent towers on either side as well as a large wrap around porch. This house faces northwest and looks over the downtown portion of West Union casting a shadow of past and present over it.

The Stuart House in West Union, WV, built in 1905, still stands today and is primarily used for attorney offices. 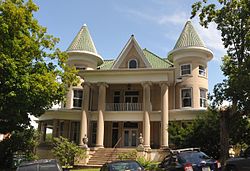 View from the top of the stairwell of the W. Scott Stuart house that was one of the first houses in West Union that reflects the Queen Anne style of architecture. 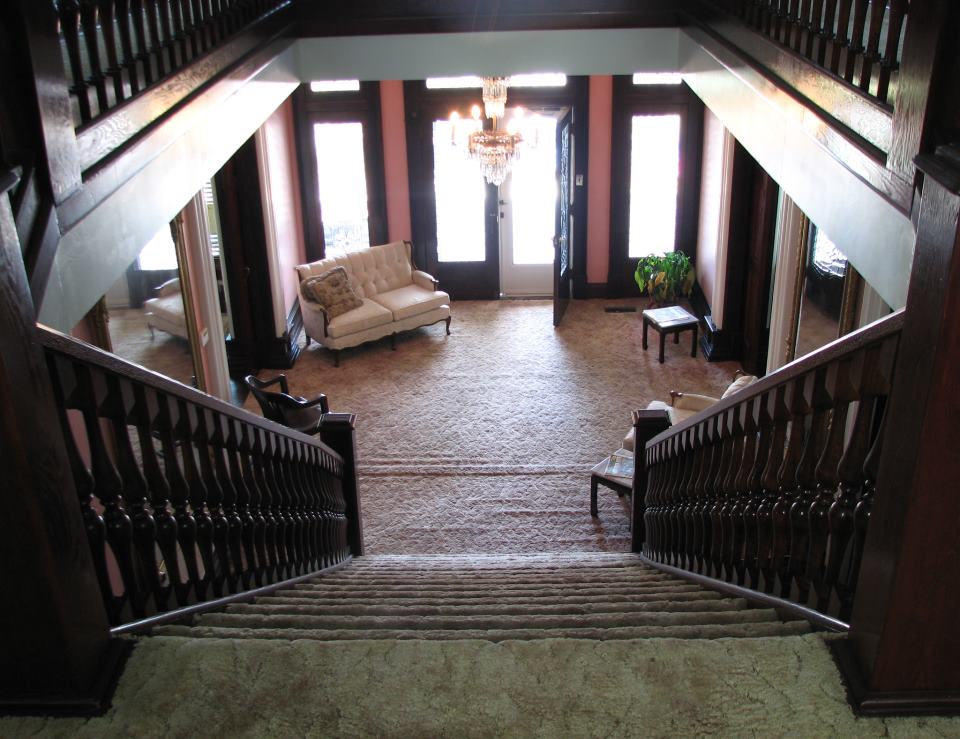 Inlay on porch of the Stuart Mansion which is a nod to the children of W. Scott Stuart 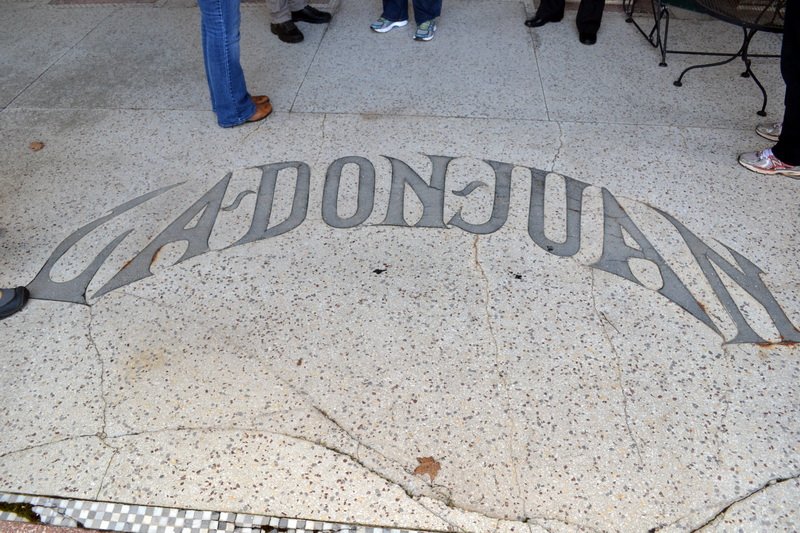 In the middle of the 19th century, an architect’s designs were sweeping the nation and becoming a staple in residential buildings. After that, many architects tried recreating his works. The style and design caught the eye of a former B. & O. Railroad attorney name Winfield Scott Stuart. Stuart was born in West Union, West Virginia in 1861. While living his adult years in Doddridge County, he was the leading prosecuting attorney. His wife, Nannie, was a much-respected music and art teacher in the area. Together, they had two children, Don who died at the age of 2 and Jay who became a furniture dealer.

When looking for a place to live in Doddridge County with his family, Stuart decided on a house that reflected the movement made famous by Downing. Stuart’s house in West Union shows many characteristics of a typical Queen Anne style residence such has the tall and rounded towers and the large wrap-around porch. And to add a more personal touch, on the flat porch surface in front of the main door are the words "La Don-Juan”, a play on words for the names of the Stuart’s two children.

Due to taxes being lower at the time on an unfinished house and difficulties the family was having at the time of residency, the Stuarts never completed their house. The current owner bought it from the couple’s nephew around 1964 and completed the projects that needed to be done. She built the stair balustrade, installed the pocket doors, and added the wood to cover incomplete parts of the entablature. The house has been well-maintained and retains all of the original characteristics that identify it as an elegant turn-of-the-century mansion.

Stuart and his wife both died in 1950. Nannie died in February due to an extended illness while W. Scott died of a sudden heart attack in November. Both are buried in a local cemetery in West Union. Even though none of their family still lives in the area, their house still looks over the town and is currently being used as a hub for a local attorney.