This Spanish Colonial adobe home belonged to Georgia O' Keeffe (1887-1986), one of the most influential Modern artists of the twentieth century. With her bold, ground-breaking style, O'Keeffe is known for painting vivid flowers, intense landscapes and cityscapes from New Mexico to New York, and images of bones with the background of a desert sky. She acquired this property in 1945 and personally oversaw its restoration. It became an important place of inspiration to her. O'Keeffe painted while looking out the window to the view of the Chama River Valley. At her home, she created well-known pieces including the painting of Abiquiu Mesa, the Road to Santa Fe, and her Cottonwood series. The Georgia O'Keeffe Home and Studio is now owned and operated by the Georgia O'Keeffe Museum, which offers tours of the property. Please visit the Museum's website for more information and directions (GPS is not accurate).

O'Keeffe became one of America’s most significant artists, especially as she forged relationships with artists and galleries in New York City. Wikimedia Commons. 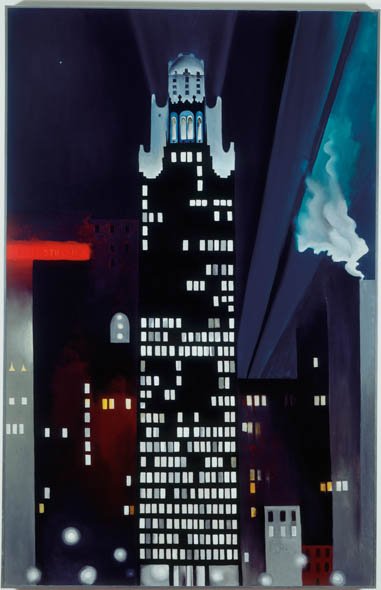 O’Keeffe is one of the most well-known American Modernists. She was also the most frequent photographic subject of her husband, Alfred Stieglitz. Wikimedia Commons. 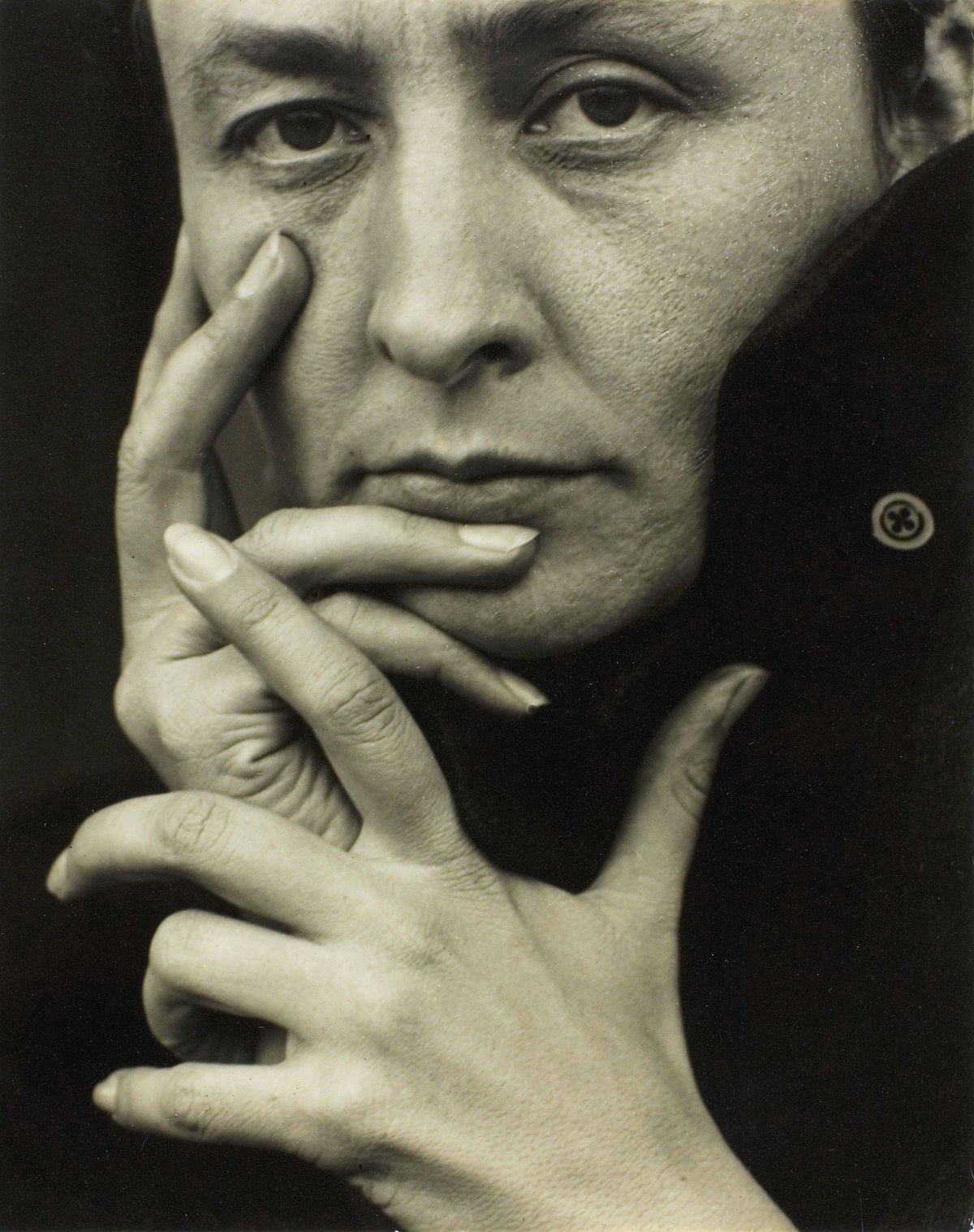 O'Keeffe's home and studio in Abiquiu, was a source of inspiration. National Park Service. 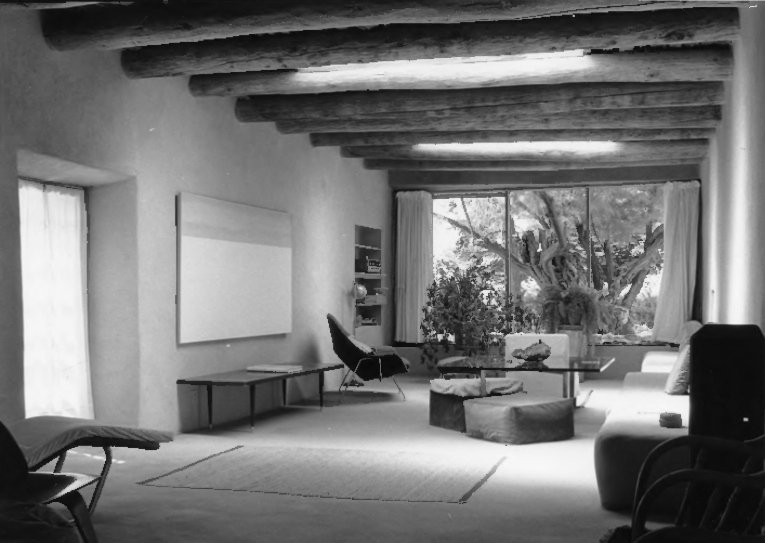 O'Keeffe painted not only physical objects, but also thoughts, feelings, and music, as depicted in this painting, "Blue and Green Music." Wikimedia commons. 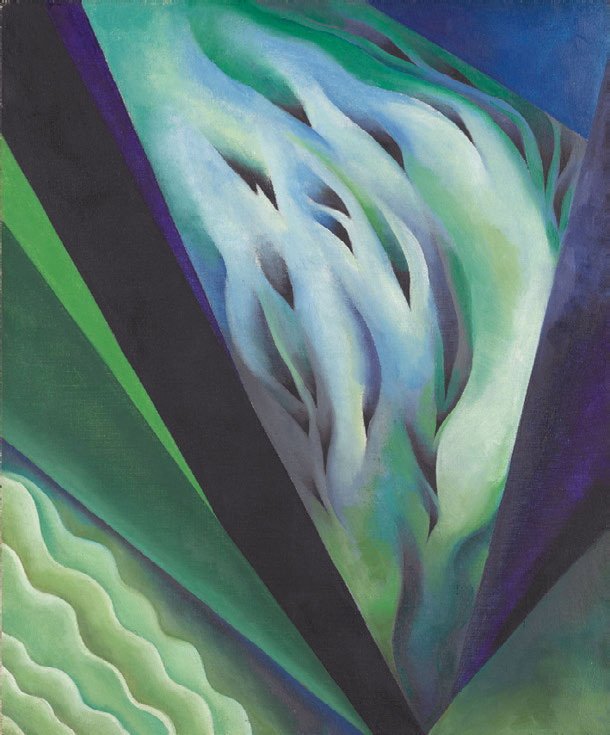 O'Keeffe may be best known for her unconventional paintings of flowers, which emphasize shape and color more than realistic depiction. Wikimedia Commons. 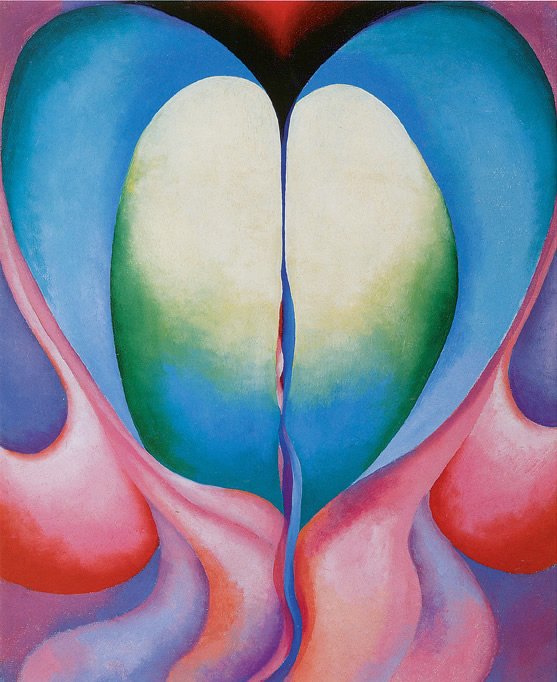 The New Mexico landscape influenced much of O'Keeffe's work as a mature artist. Wikimedia Commons. 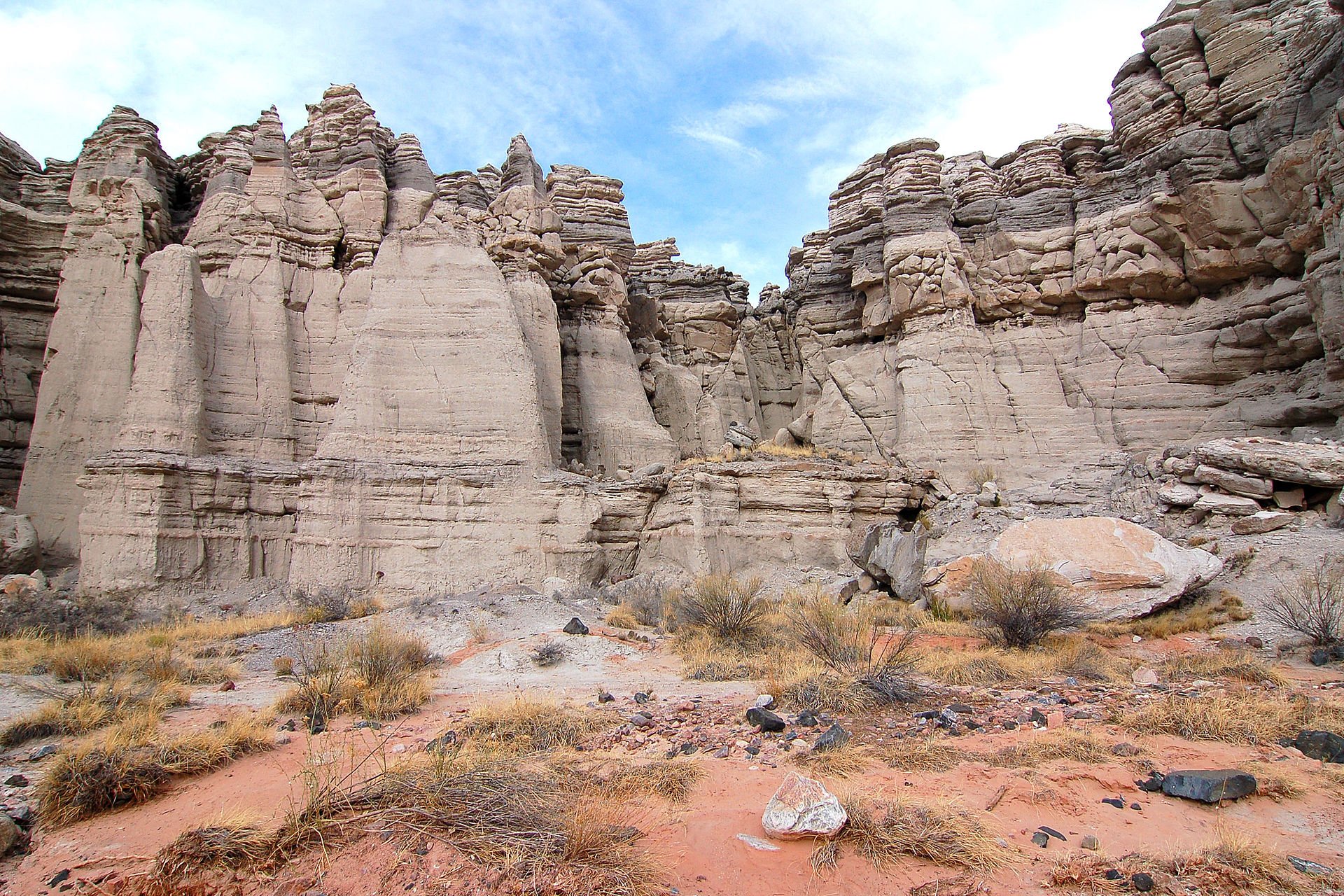 Georgia O’Keeffe was a main figure in American Modernism, a style of art that developed in the late nineteenth and early twentieth centuries. Traditional art depicted the world with realistic forms, colors, and arrangements. Modernists broke from these conventions and redefined how people, landscapes, and objects could be interpreted. O'Keeffe was drawn to Modernist and non-Western art because of the creative freedom these approaches offered. Inspired by her surrounding environment, O'Keeffe's home at Abiquiu was both the setting and subject of a significant portion of her work.

O'Keeffe grew up on a farm in Sun Prairie, Wisconsin as one of seven children. She attended the Art Institute of Chicago and at the Art Students League in New York, where she became skilled at “imitative realism," which formed the foundation of all art curriculum standards. Though successful, even winning a prize for a realist oil painting, O'Keeffe was uninspired by her studies and and needed to time to her family's health and financial problems. She abandoned realism and worked as a teacher and a commercial artist. Yet her artistic pursuits not only continued but thrived, especially when she found mentors Alon Bement and Arthur Wesley Dow at the University of Virginia. Dow's fascination with the symphonic “arrangement of line, color, and notan (the Japanese system of arranging lights and darks)” and an aesthetic of an Asian culture stimulated O’Keeffe. His ideas gave O'Keeffe an alternative to realism.

O'Keeffe experimented with Modernism and developed her unique style and vision, which abstracted objects as well as thoughts and feelings onto the canvas. Her career as an art teacher took her to South Carolina and west Texas during the school years and she returned to the University of Virginia in the summers. She connected with Alfred Stieglitz, an artist, gallery owner, and O'Keeffe's future husband, who exhibited her work in New York City. By the 1920s, O'Keeffe was acknowledged as one of America’s most significant artists, known for her paintings of New York skyscrapers, and bold flowers. She also became Stieglitz's muse and appeared in many of his compelling photographs.

Beginning the 1930s, O'Keeffe spent a great deal of her time in New Mexico. Already a well-traveled individual, O'Keeffe's paintings continued to depict new and diverse views of America. The desert landscape and way of life inspired some of her most iconic creations. O'Keeffe's Modernist approach in popular works such as The Lawrence Tree (1929), Ram's Head (1935), Summer Days (1936), and her Pelvis series contrasted from traditional paintings of the West.

While in New Mexico, O'Keeffe discovered, and even sneaked into, an abandoned nineteenth century property in the village of Abiquiu. While she struggled to purchase the property, which was owned by the Catholic Archdiocese of Santa Fe, she purchased Ghost Ranch, a former dude ranch 12 miles north of Abiquiu. The opportunity to purchase the Abiquiu property came, at last, in 1945. While restoring the house, she imbued it with her unique style, incorporating domestic modernism into the historic adobe architecture of the southwest. O'Keeffe was especially fond of the building's wooden double-door and a natural spring that allowed flower gardens to flourish in her corner of the desert. To O'Keeffe, this place was not only a home and studio, but an inspiration. She spent her winters and springs at Abiquiu, painting views from her windows and outdoor architectural scenes such as Ladder to the Moon (1958). Her summers and autumns were spent at Ghost Ranch, where many of her landscapes came to life.

Toward the end of her life, O'Keeffe's eyesight made it difficult to work and she painted her last unassisted oil painting in 1972.  She continued to paint with assistants after her eyesight disappeared. In her bestselling book, O’Keeffe wrote: "I can see what I want to paint, the thing that makes you want to create is still there." She was presented with the Medal of Freedom in 1977 by President Gerald Ford and was acknowledged with the National Medal of Arts (1985). Georgia O’Keeffe passed on March 6, 1986, in Santa Fe, New Mexico. Her ashes were scattered at Cerro Pedernal, a place she depicted in multiple paintings.

Throughout her life, O'Keeffe remained true to her vision of finding and developing abstract forms in nature, landscapes, and cityscapes. Thanks in part to her Abiquiu home and studio, hundreds of O'Keeffe's artworks, including oil paintings, sketches, pastels, watercolors, and charcoal pieces, are in public collections located in North and Central America, Europe, and Asia. The house itself is also a homage to her Modernist vision and love of the southwest. Her perspective and details in color, shape, and light fortified her paintings and brought audiences from all over the world.