On May 9, 1864, the Battle of Swift Creek (also known as the Battle of Arrowfield Church) took place when Federal Major General Benjamin F. Butler moved to attack the Richmond-Petersburg lines of communications south of the James River. Even though his forces faced little opposition, his men's advance moved slowly. Some of the many different locations that fighting is known to have occurred at include Branders Bridge, Fort Clifton, Ware Bottom Church, and Swift Cree Arrowfield Church. After a great deal of confusion, Butler did not choose to pursue the broken Confederate ranks. As a result, the Battle of Swift Creek did not a great deal to impact either side and was termed as inconclusive in terms of who was victor.

Portion of Swift Creek Battlefield as it looks today. Only a small portion of the battlefield has been preserved. 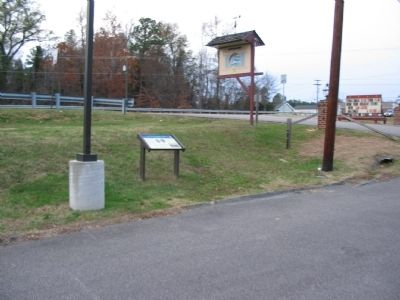 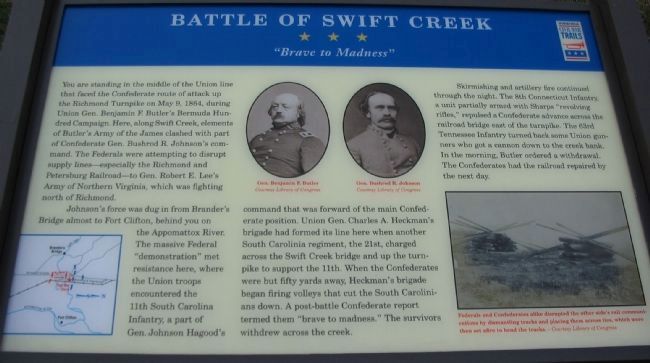 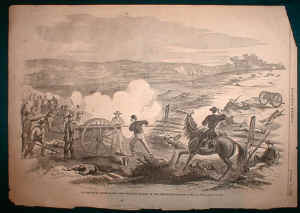 On May 9, Maj. Gen. Benjamin Butler advanced toward Petersburg to disrupt Confederate supply lines and encountered a division of Confederate troops under the command of Major-General Bushrod Johnson at Swift Creek. A premature Confederate attack by Confederates at Arrowfield Church suffered heavy losses as the Union soldiers repelled them. Some of the many different locations that fighting is known to have occurred at include Branders Bridge, Fort Clifton, Ware Bottom Church, and Swift Cree Arrowfield Church. Largely because of confusion, Butler decided to have his troops return to their original lines rather than to press the enemy and was content to simply destroy railroad lines.

In correlation with the march by Butler to Swift Creek, an infantry division of U.S. Colored Troops marched on Fort Clifton. Meanwhile, five Federal gunboats worked their way up the Appomattox River to begin bombardment on Fort Clifton. However, the assualt did not work as the infantry assault quickly ceased and the gunboats were repelled by Confederate forces with little difficulty. In addition, the Confederate railroad lines were quickly repaired as well.