General Duncan McArthur, founder of Greenfield in 1799, gave land for The Old Burying Ground (a.k.a. Pioneer Cemetery). There are almost 900 burials in the cemetery. The earliest burial is believed to be that of the infant son of John Coffey who died in 1800 (monument not found). The first adult burial was that of William Bell – a veteran of the American Revolutionary War who lived from May 28th, 1763 to November 18, 1801. He was later disinterred from the Old Burying Ground and re-buried in the Greenfield Cemetery in the Bell family plot. The last known burial occurred in 1988. 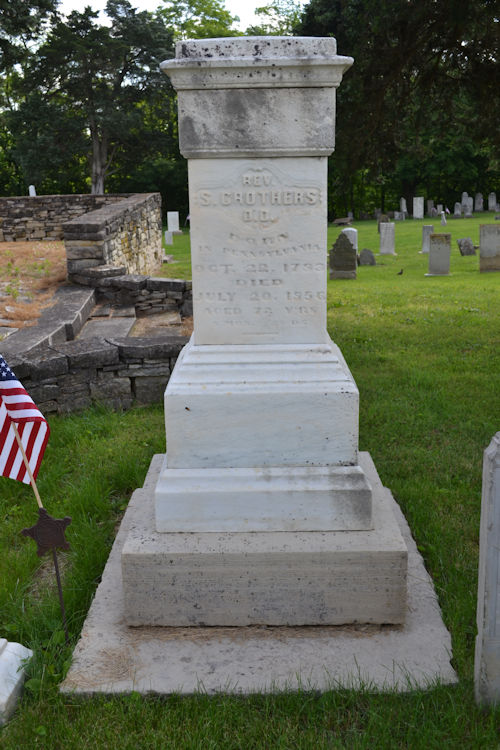 The Robinson monument laid on the ground in pieces until volunteers restored it. 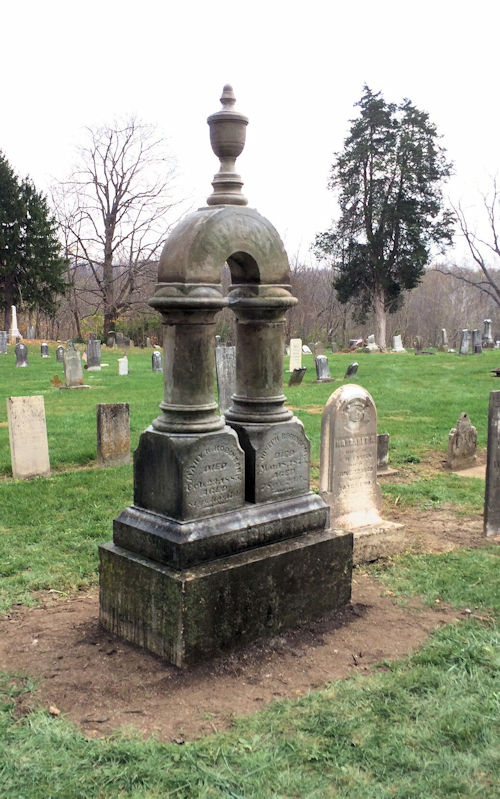 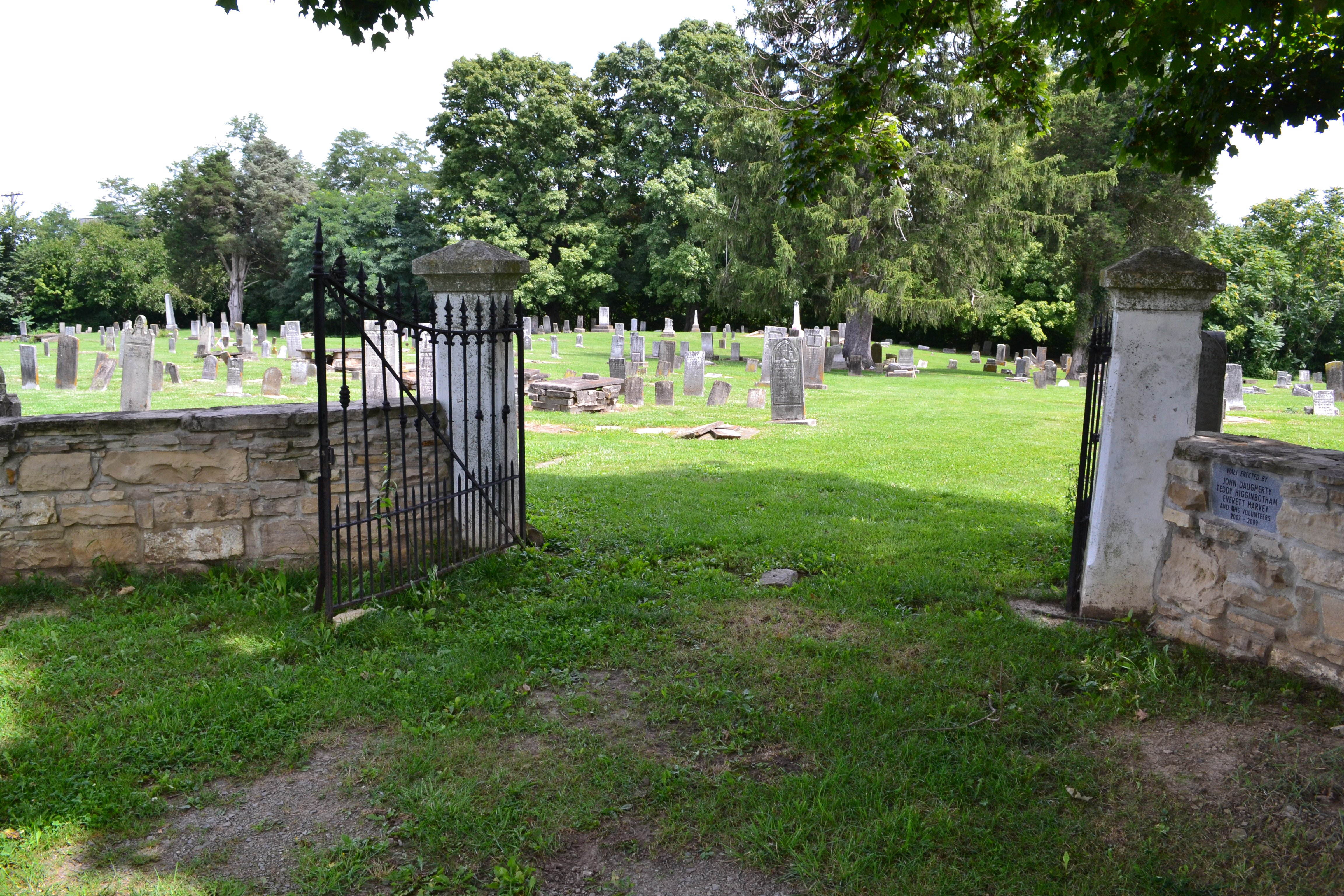 View with Travellers Rest in the background 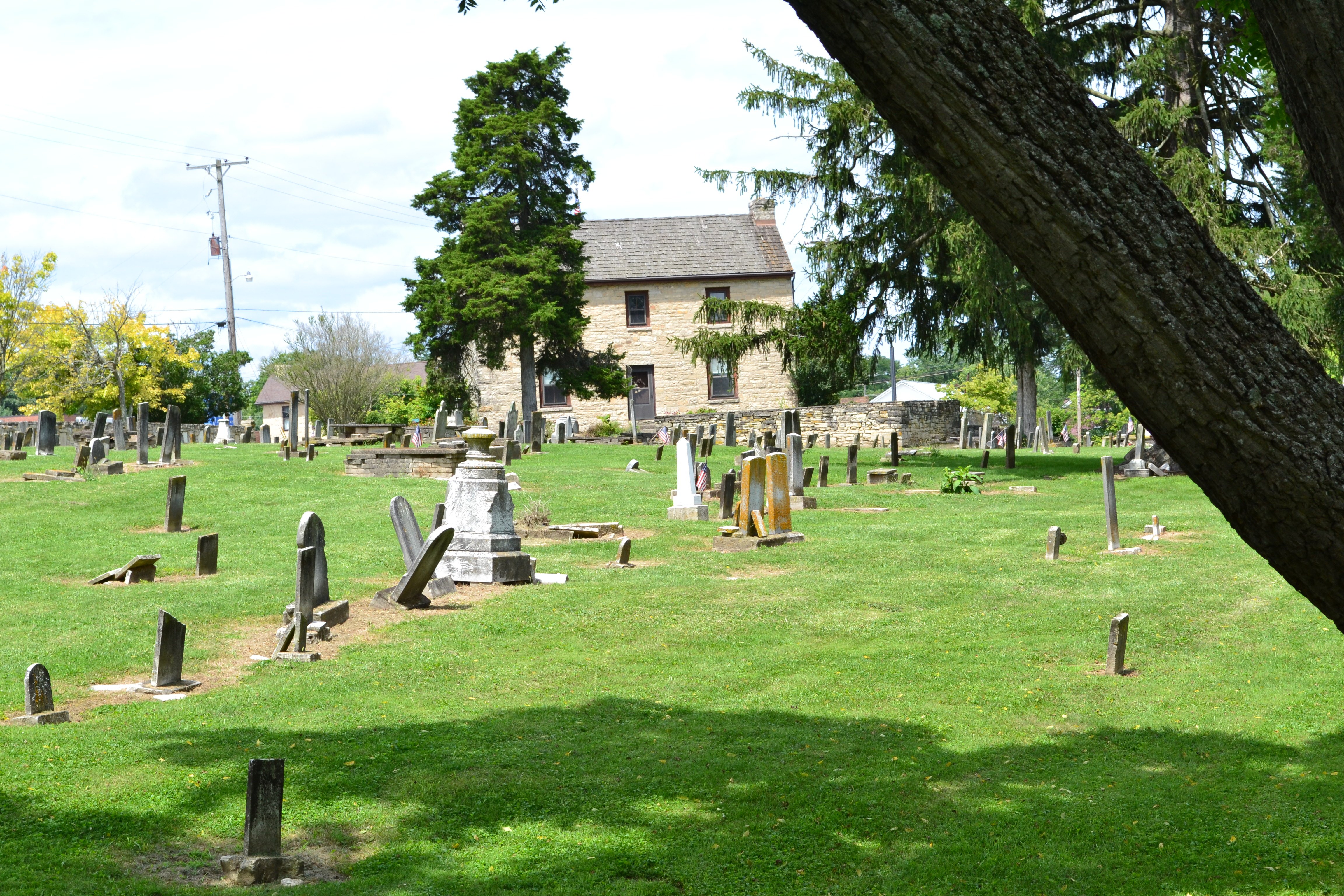 Gravestone of Rachel Stafford, believed to be first African-American in Greenfield. 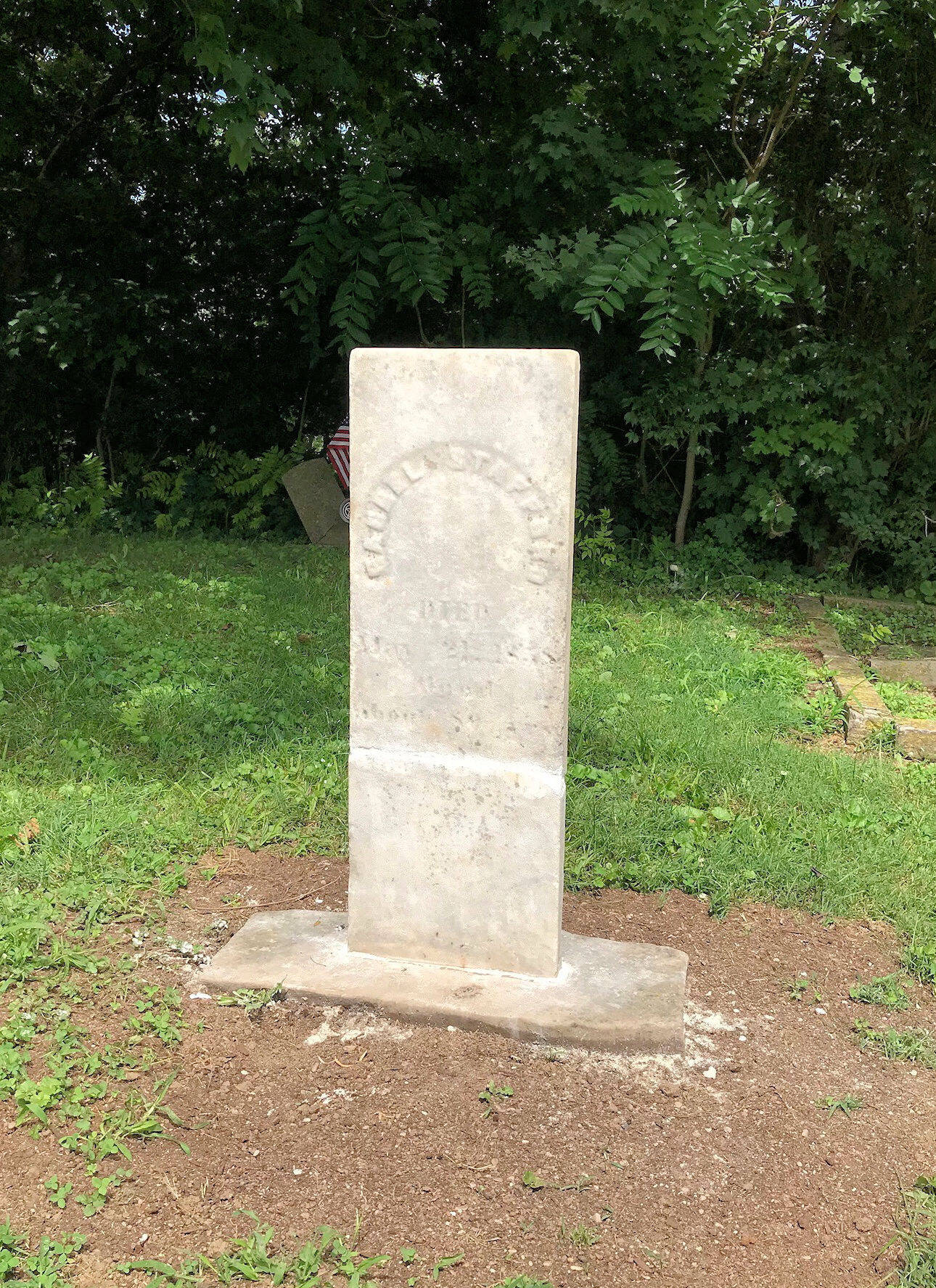 Over the years, weather, neglect, lawnmowers, and vandals took a toll on the cemetery. The inscriptions on many of the monuments are entirely obliterated, and others are extremely difficult to decipher. Many monuments are broken, and some of the pieces have been difficult to find, some impossible to find (so far). In some cases, bases without headstones were found. Many are leaning and about to fall over.

Starting in 2014, a group of dedicated volunteers have undertaken the massive task of preserving the grave markers. Stones, are cleaned, straightened, repaired, and even located in order to preserve our past.

Prominent Abolitionist and Presbyterian minister Samuel Crothers is buried here near the site where he gave the first sermon against slavery from a pulpit west of the Allegheny Mountains.

The first African-American in Greenfield (Rachel Stafford), a female former slave (died May 21, 1858, at approximately 80 years old), is buried in the cemetery. She was listed in the 1850 census as a member of the Samuel Crothers household.