Located now in the center of Veterans Square in Laconia, NH, the Laconia Railroad Station (Laconia Passenger Station,) was constructed in 1892 in the Romanesque Revival style of architecture. Its unique styling, central location, and importance to local transportation have made it a cornerstone of history for both Laconia and the State of New Hampshire as a whole. The Laconia Railroad Station’s visual appearance has strongly influenced the surrounding downtown, and, as a result, it serves as an attraction for locals and tourists alike. 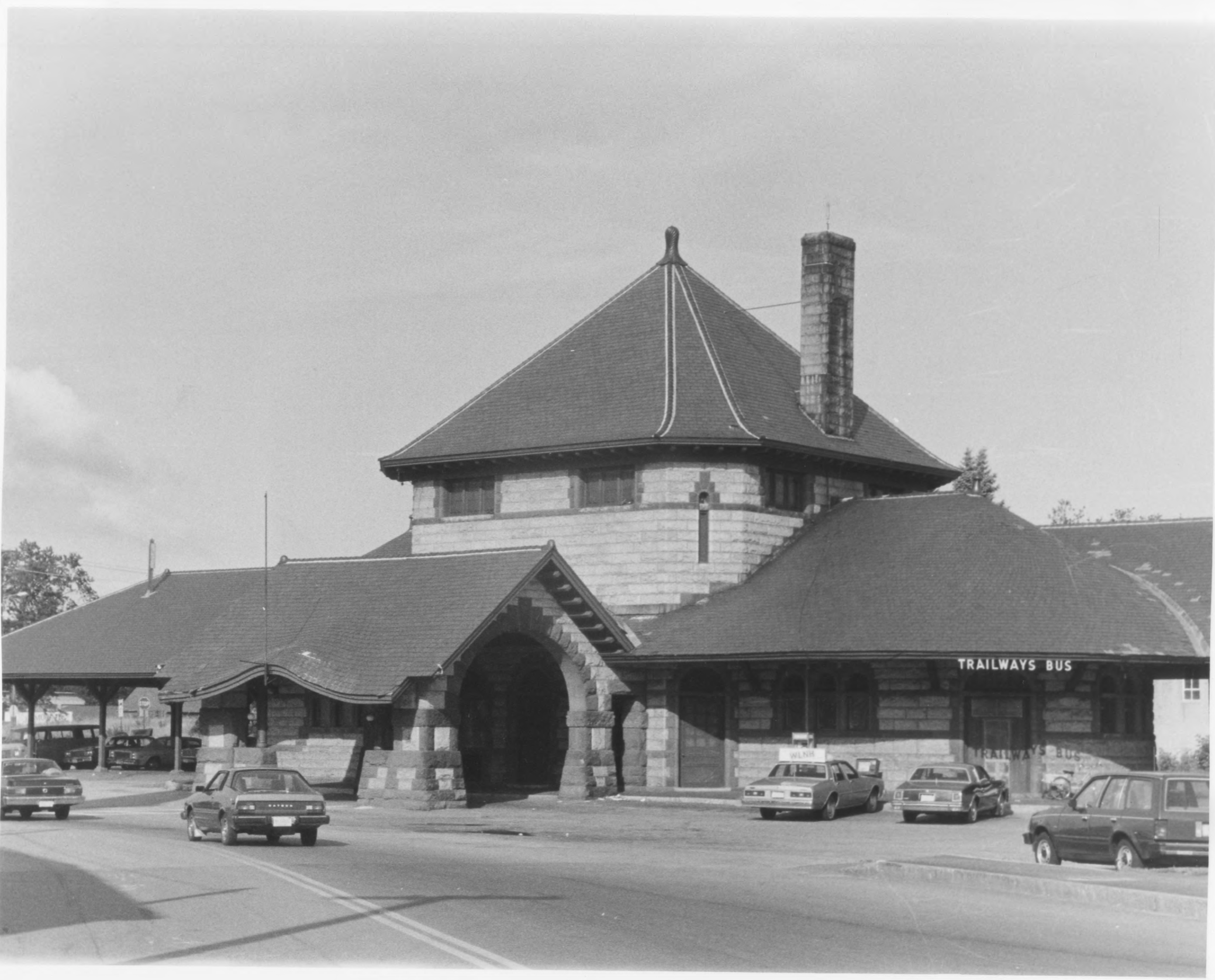 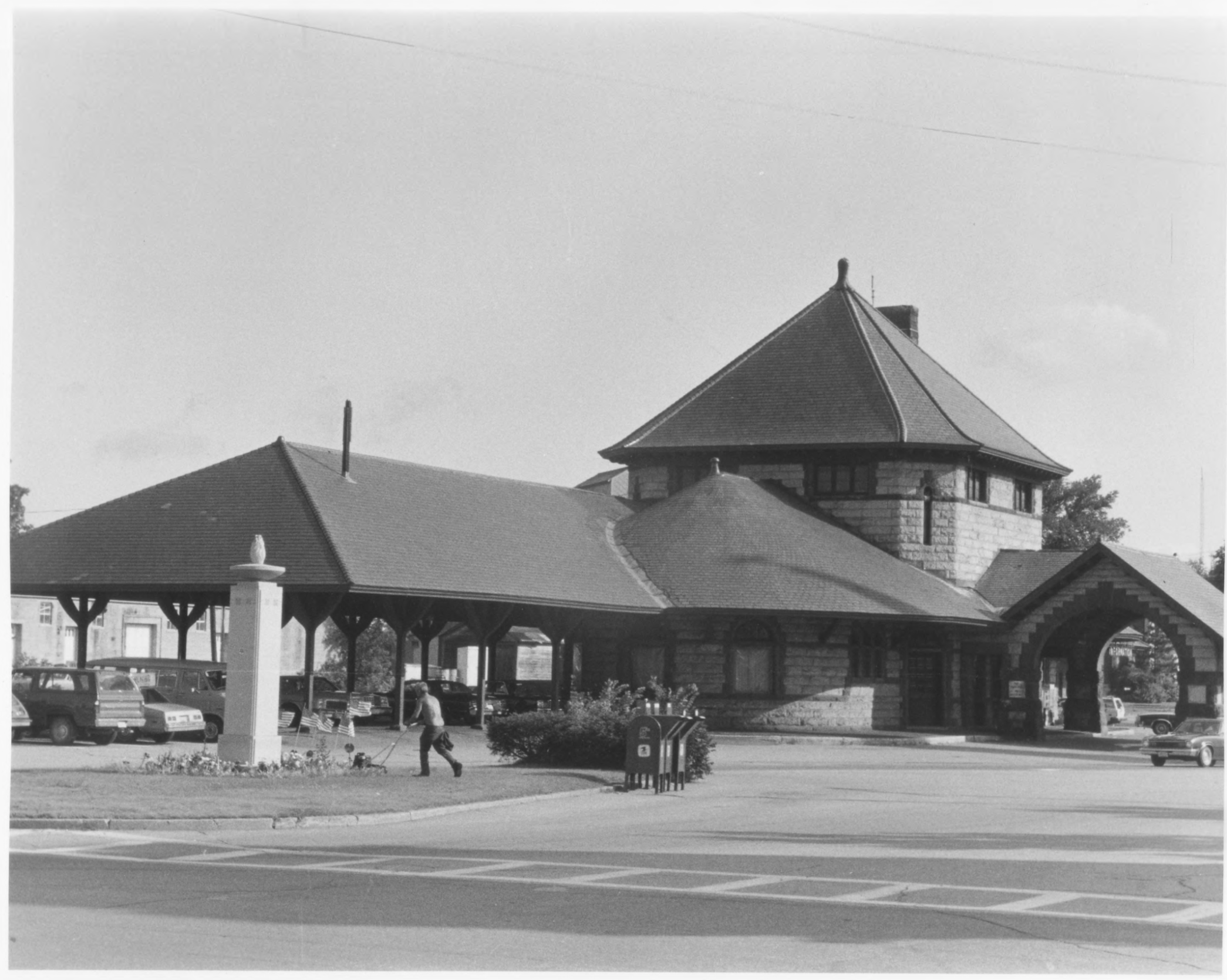 Northern Exterior of Laconia Station by Roger P. Akeley, Jr. In July of 1981 Provided by the NPS NRHP 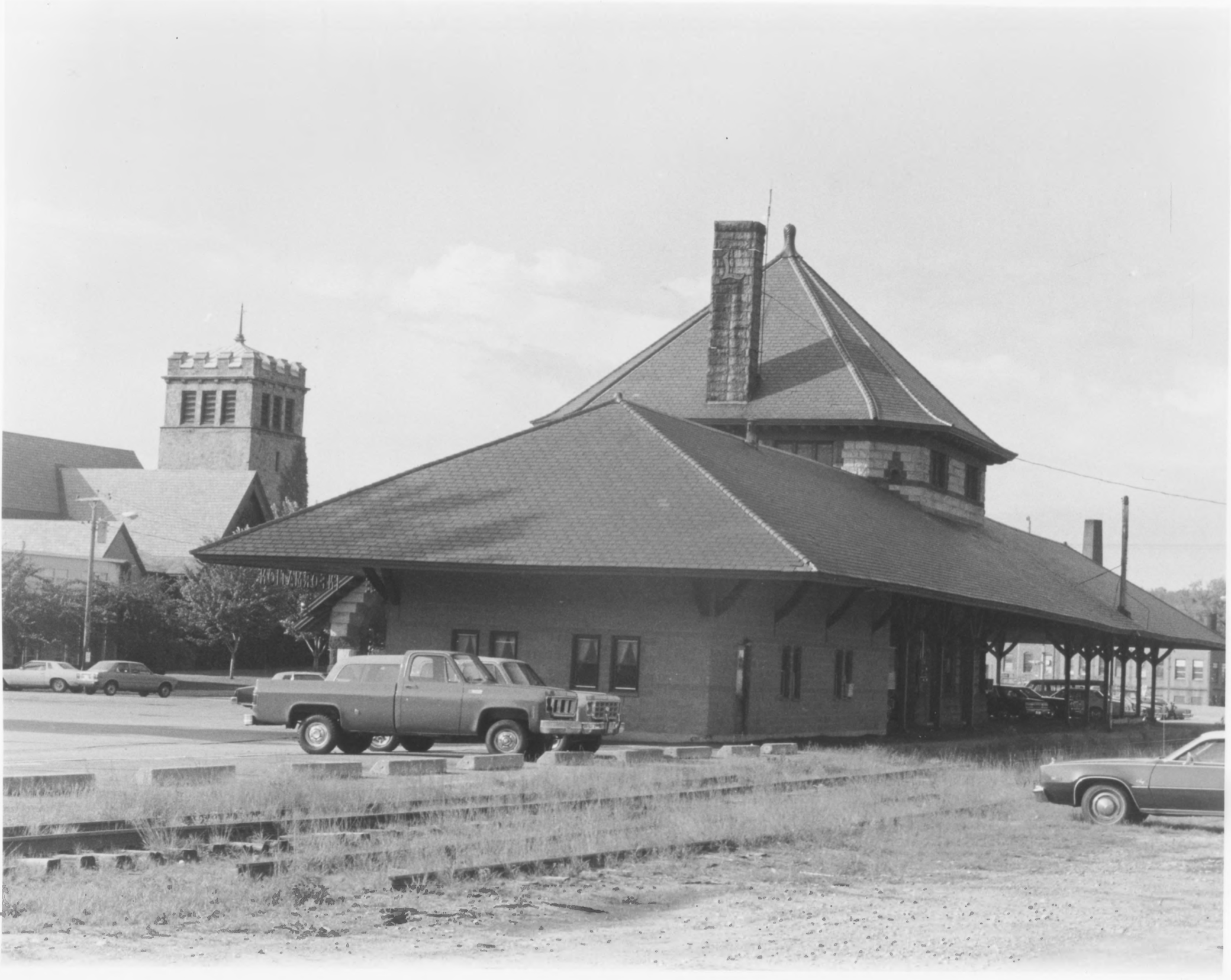 The Laconia Railroad Station was designed by a well-respected New York Architect by the name of Bradford L. Gilbert, whose work on the station followed in the footsteps of H.H. Richardson.  Richardson was largely responsible for the spread of the Romanesque Revival style, sometimes referred to as the Richardsonian Romanesque style as an homage to his influence.  The Romanesque Revival largely affected buildings which would be used for public or government use, and the Laconia Station is no exception in this way.

As one of the few surviving stations of the late 19th century in the state, the Laconia Station is surprisingly well-preserved.  The interior and exterior have both been kept well, including the exterior walkway that once protected the passengers of the Boston, Concord, and Montreal Railroad trains from the rain.

While the Laconia Station is characteristic of late 19th-century stations in its design, it is particularly notable in its scale.  The Boston, Concord, and Montreal Railroad station, at the time led by director Charles A. Busiel, sought to conquer the Lakes Region of New Hampshire in order to win the business of the many travelers and businesses that were flooding into the region at the time.  The railroad’s purchase by the Boston and Maine Railroad only a few years after the construction of the station only made their influence stronger.

Busiel would go on to serve Laconia as mayor and then serve the state of New Hampshire as Governor.  His contributions to the Laconia area have been noted in numerous sources of the time and beyond, though the improvements to the state via his work in the railroad industry are widely regarded as most significant.

Considered an exciting and fashionable addition to the town of Laconia at the time, the Laconia Passenger Station now stands as a testament to the flairs of its time. Acting as a tribute to the preceding decade of architectural design, the Station eternalizes styles that have largely been lost in the area for the enrichment of both locals and visitors to the town.  With its central location in town, even passers-by are able to catch a glimpse of a key piece of the region’s history.