This historic, Gothic Revival style antebellum home was built for William Penn Youngue in 1850. It features a steeply pitched roof and elaborate woodwork. He operated a large plantation that was 455 acres in size. Youngue also owned a grist mill, cotton gin, wind press and a lime kiln. Today, much of the property is now a park (Spring Villa Park) featuring a campground, hiking trails, volleyball courts, a bandstand, and picnic areas. The home was added to the National Register of Historic Places in 1978.

Spring Villa was built in 1850 and is now the main attraction in a park of the same name. 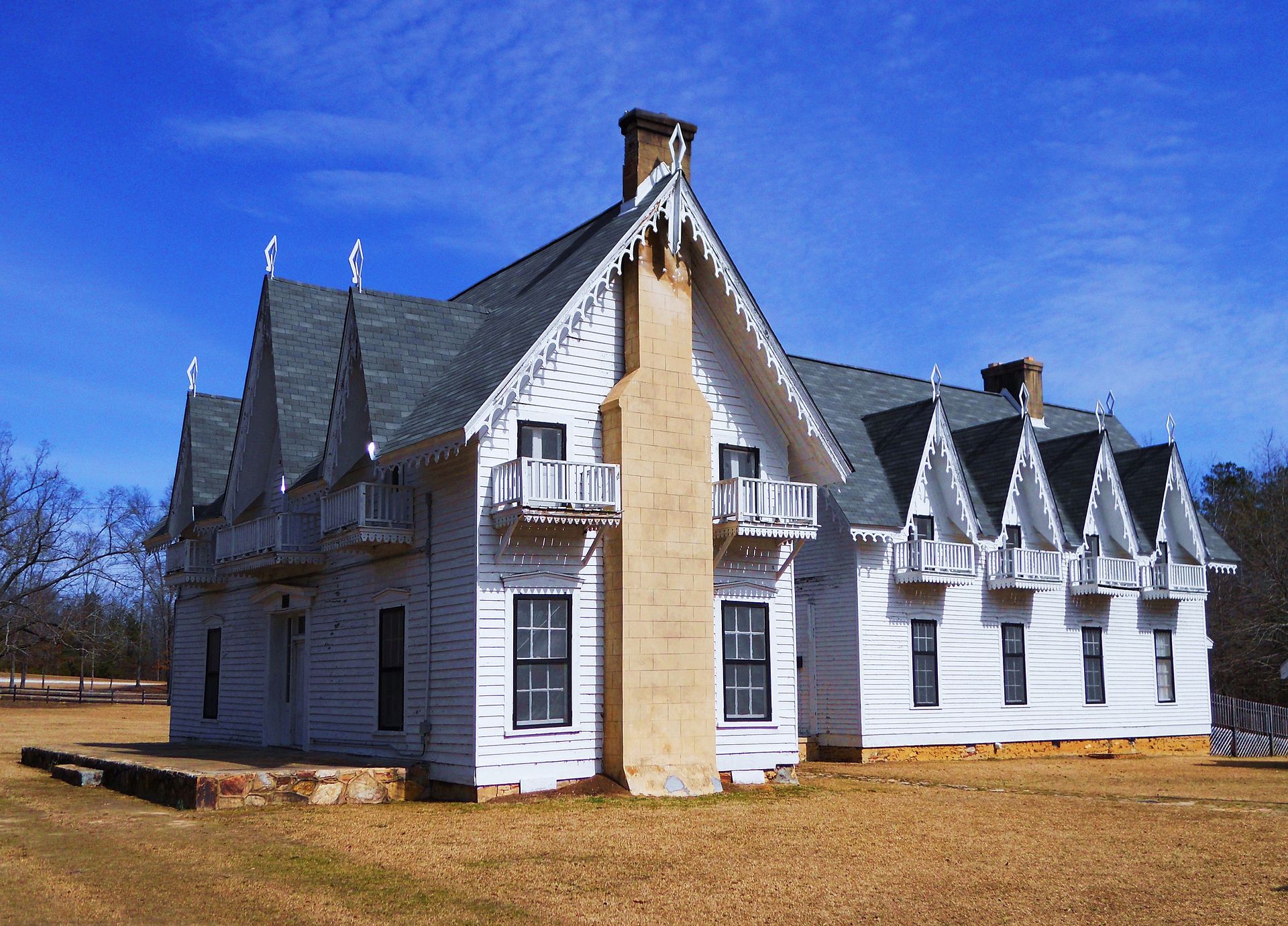 The builder of the house was Horace King, a well-known African American bridge builder, whose owner (before he was freed), John Godwin, was the father of William Penn Yonge's wife, Mary. Mary and her siblings freed Horace in 1859 after John passed away. William hosted many parties at the house and enjoyed showing guests the landscaped grounds which featured many rare plants. There was also even a man-made lake and a race track around the house.

The property remained in private hands until it became public property in 1927 when the city bought it. It became a state park in 1939.