Located at the site in Charleston now known as Fort Hill, Fort Scammon was constructed in 1863 to guard the juncture between the Kanawha and Elk rivers. Used for heavy gun emplacements, the Fort location controlled an easily-accessible tributary of the Ohio River as well as the surrounding countryside.

The marker sign at the site of Fort Scammon 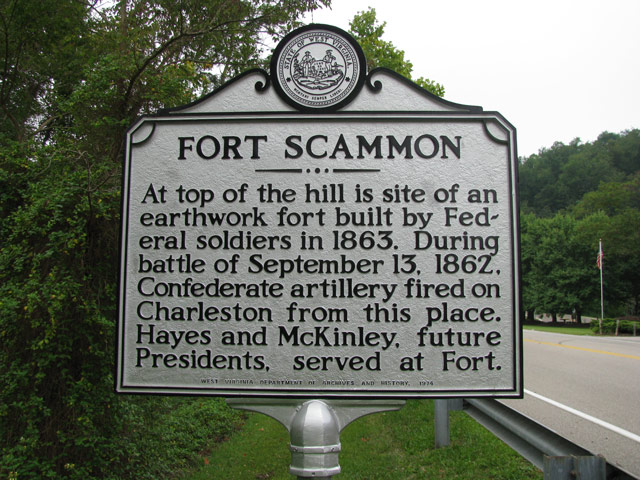 Fort Scammon began its life as a hastily-constructed set of gun emplacements for the purpose of firing on the city of Charleston. Confederate forces used the area at the top of the hill to place artillery which commanded the surrounding countryside, most notably the city itself and the juncture of the Elk and Kanawha rivers.

The hastily-constructed battery was used by Confederate forces until its capture in 1863, at which point Union forces fortified the area more heavily and converted it into a command post. This is also when the Fort was named for respected Union General E.P. Scammon, who operated in the area until his capture by Confederate forces in 1864. Scammon was later released in exchange for Confederate POWs.

The Fort was abandoned at the end of the Civil War and reclaimed by the surrounding vegetation in the intervening decades.