The beautiful stone building of what is now the Cove Creek Preservation and Development once served as the old Cove Creek High School for the small local community. Since 1940, this space has represented the story of a community coming together to create a shared and loved space. Whether returning to their old high school, or making new memories exploring the Doc Watson Museum, or participating in the annual MusicFest 'n Sugar Grove, this space holds much importance in the hearts of the locals. 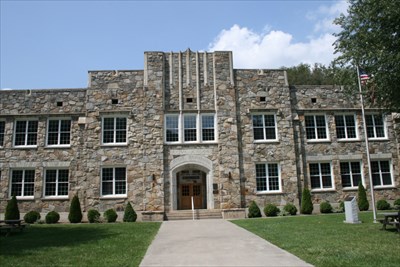 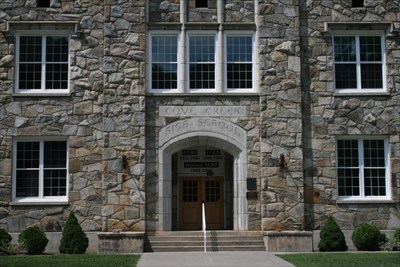 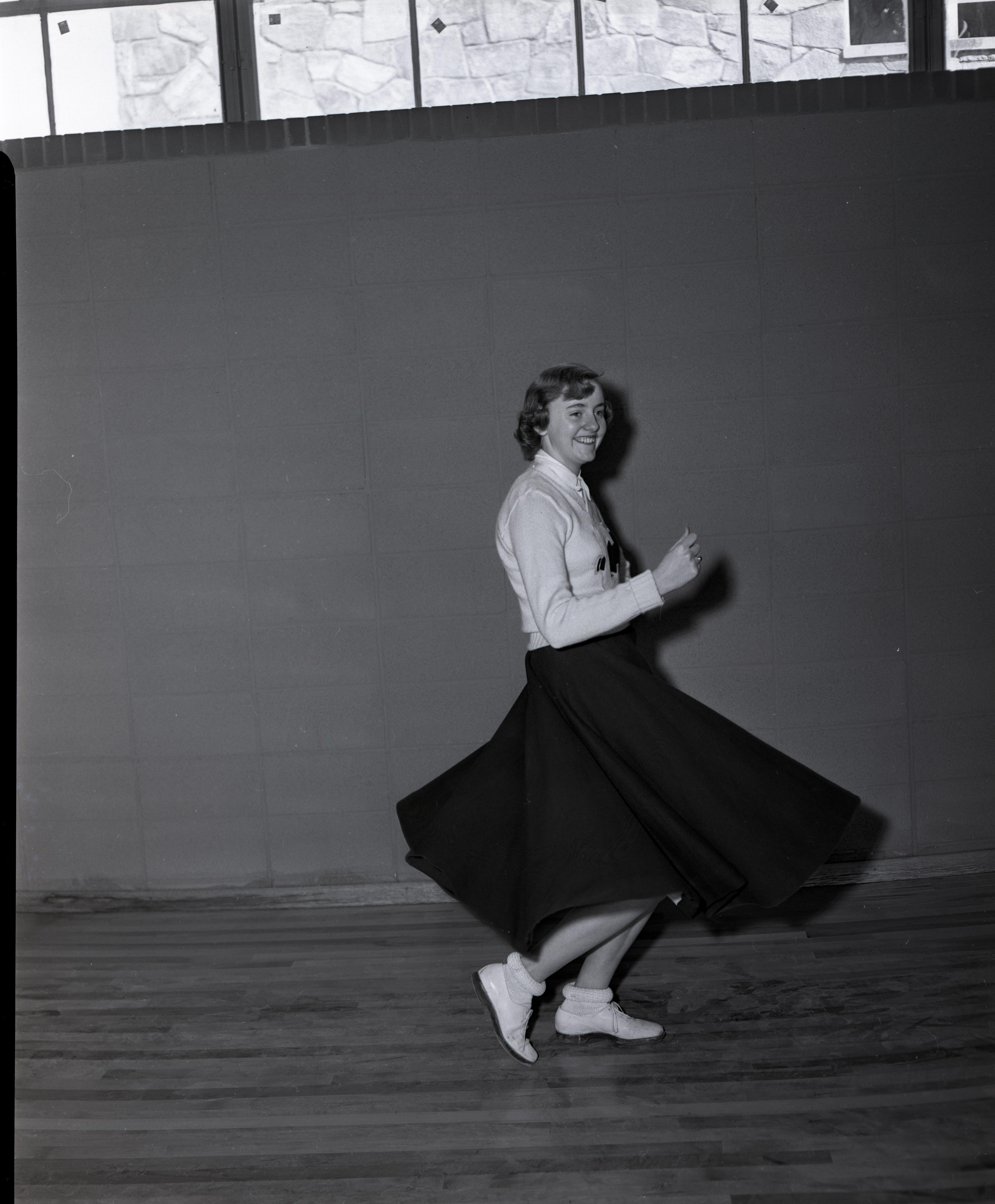 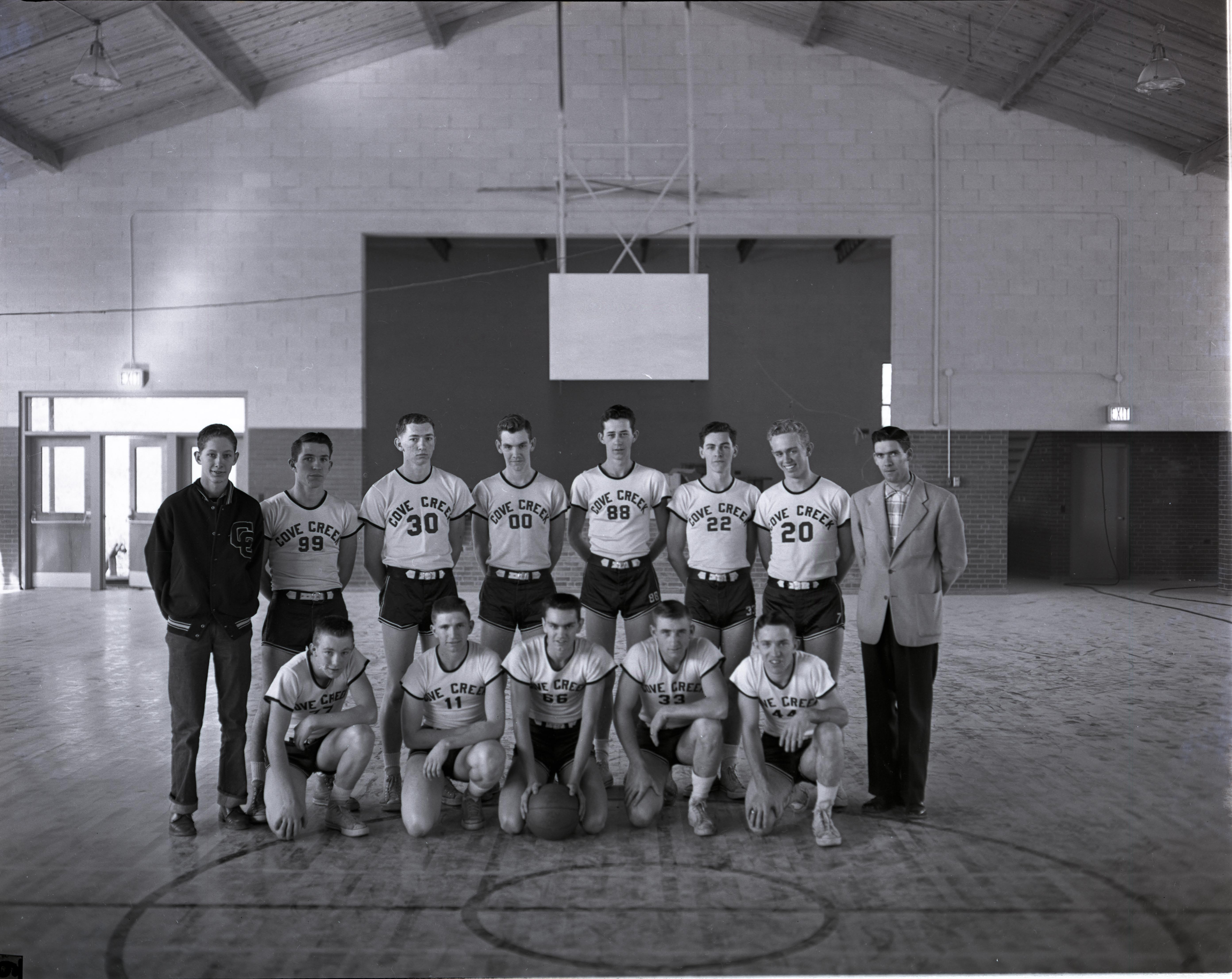 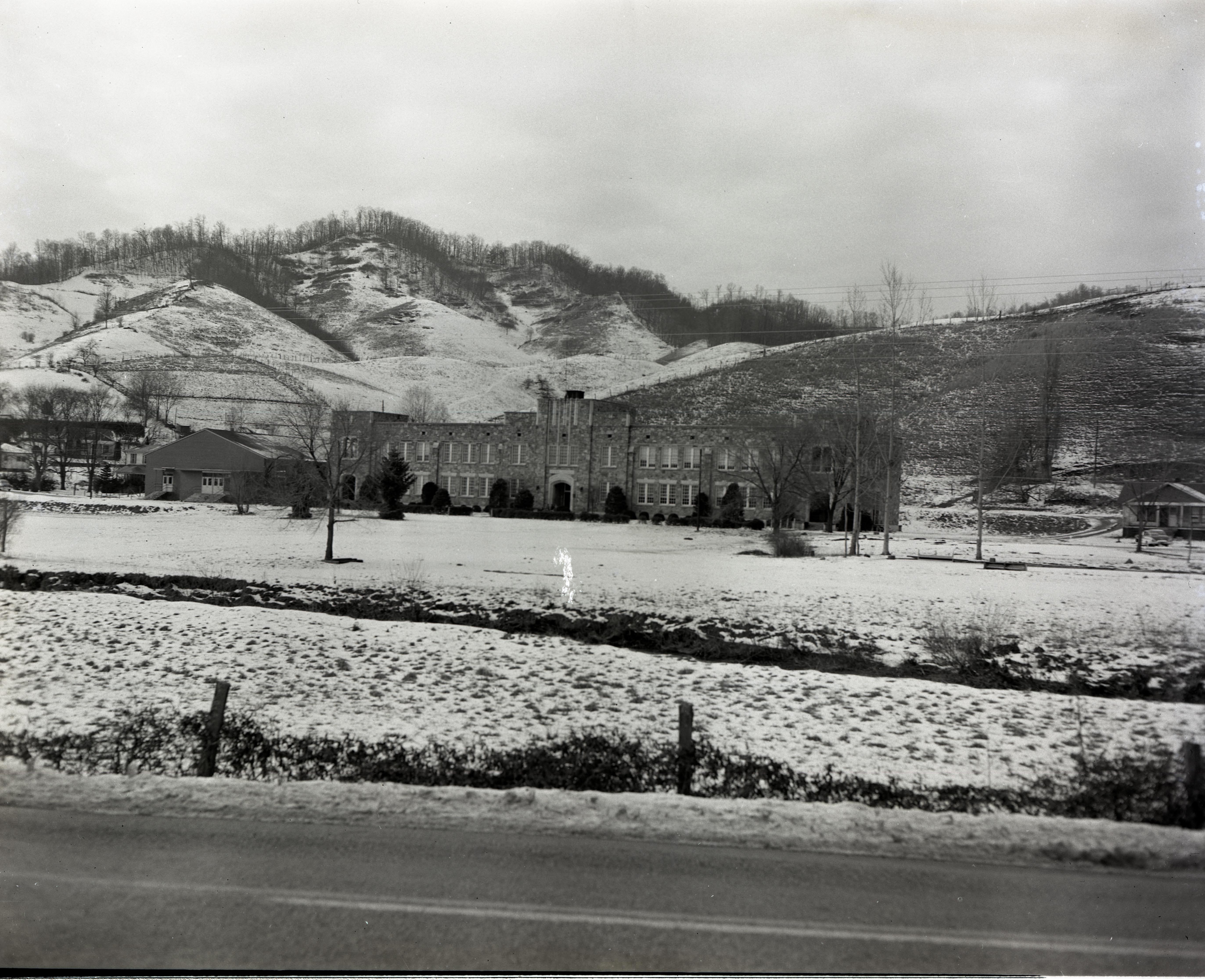 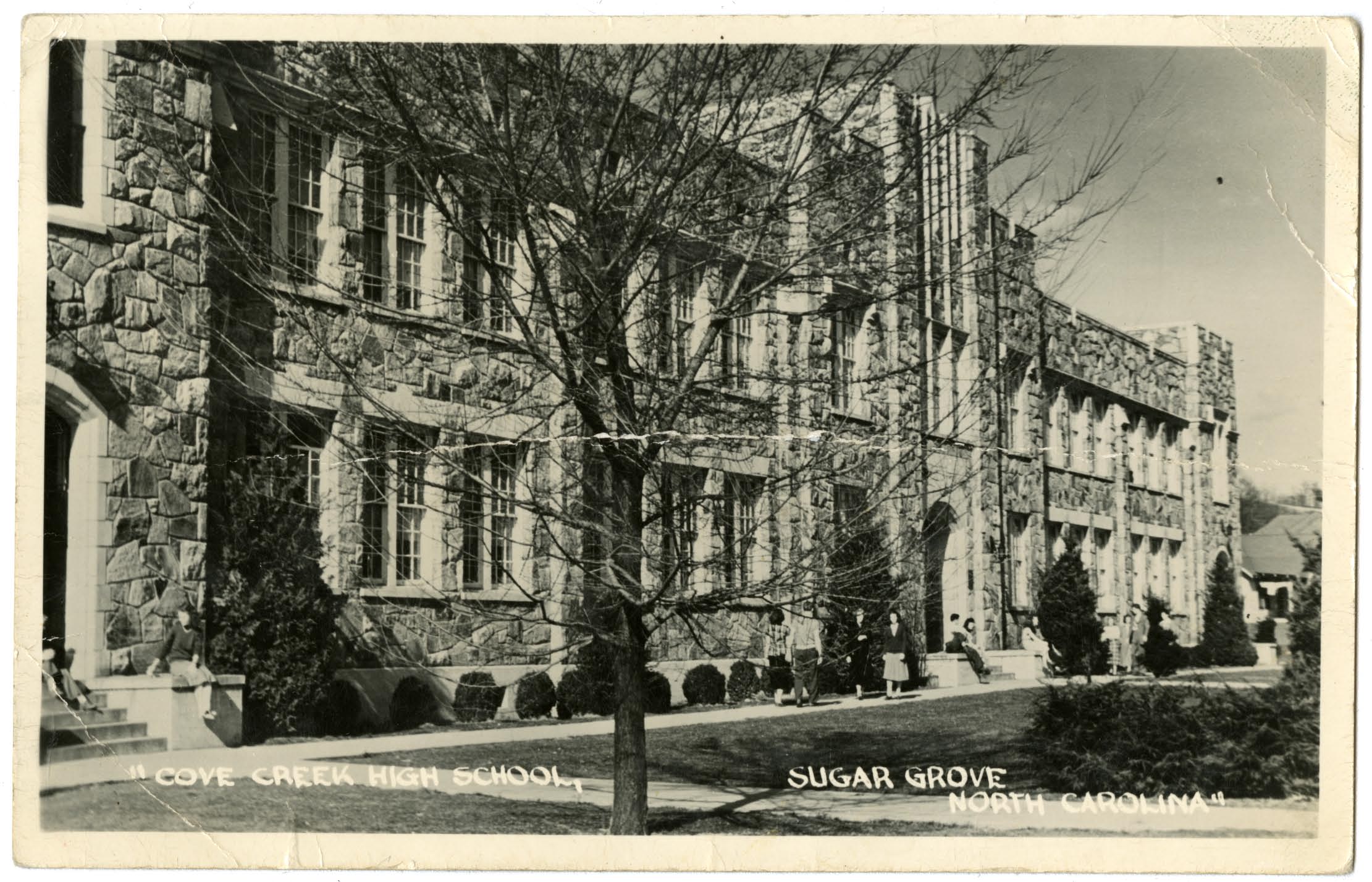 "Dear Elva, Zionsville, N.C. May 29, 1949 I guess you will be surprised to hear from me. I have a little surpise for you. Alfred Isaacs got married Sat. at Boone. Mom wanted me to write you so I will be glad to here (hear) from you any time. We are 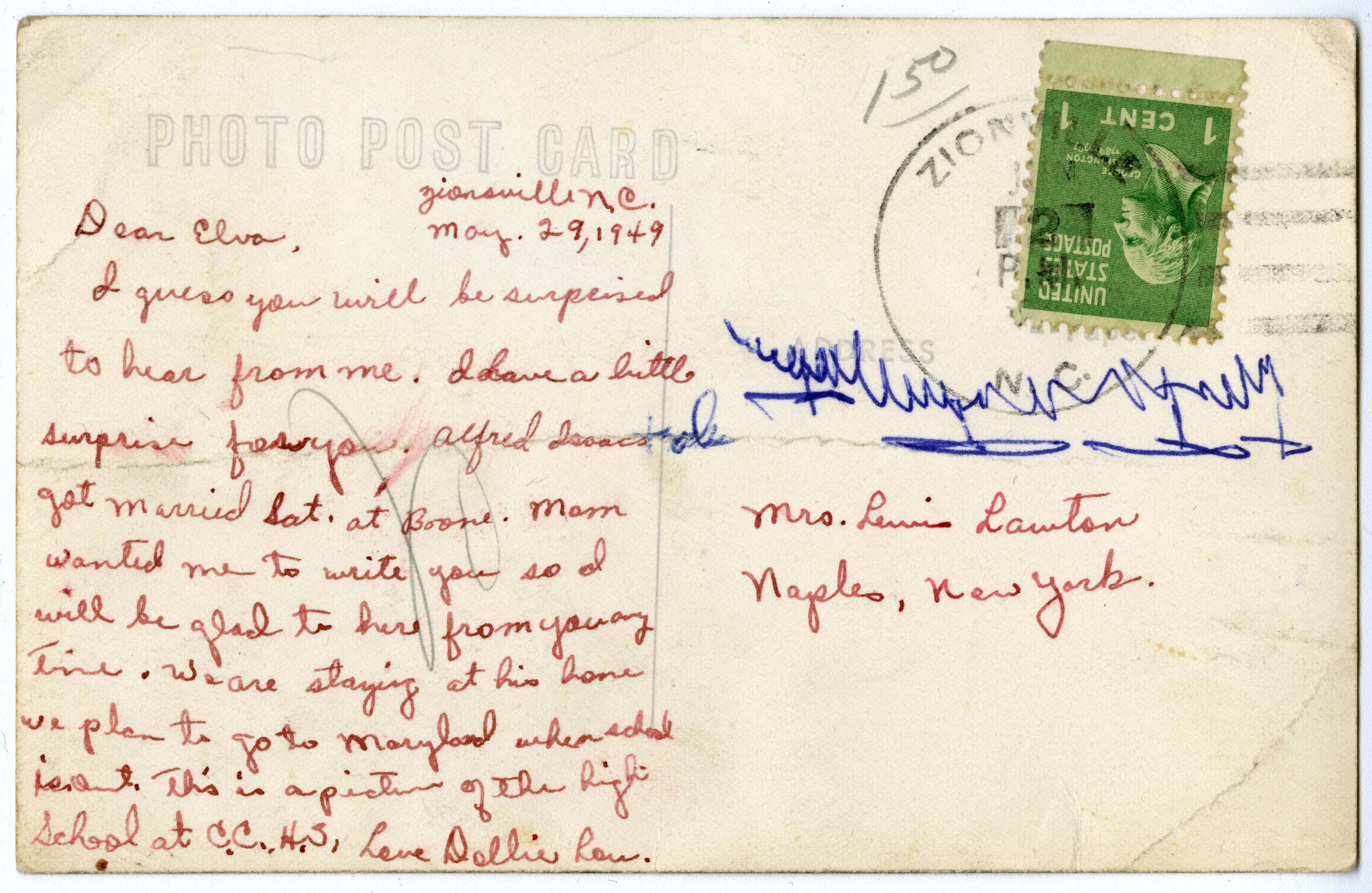 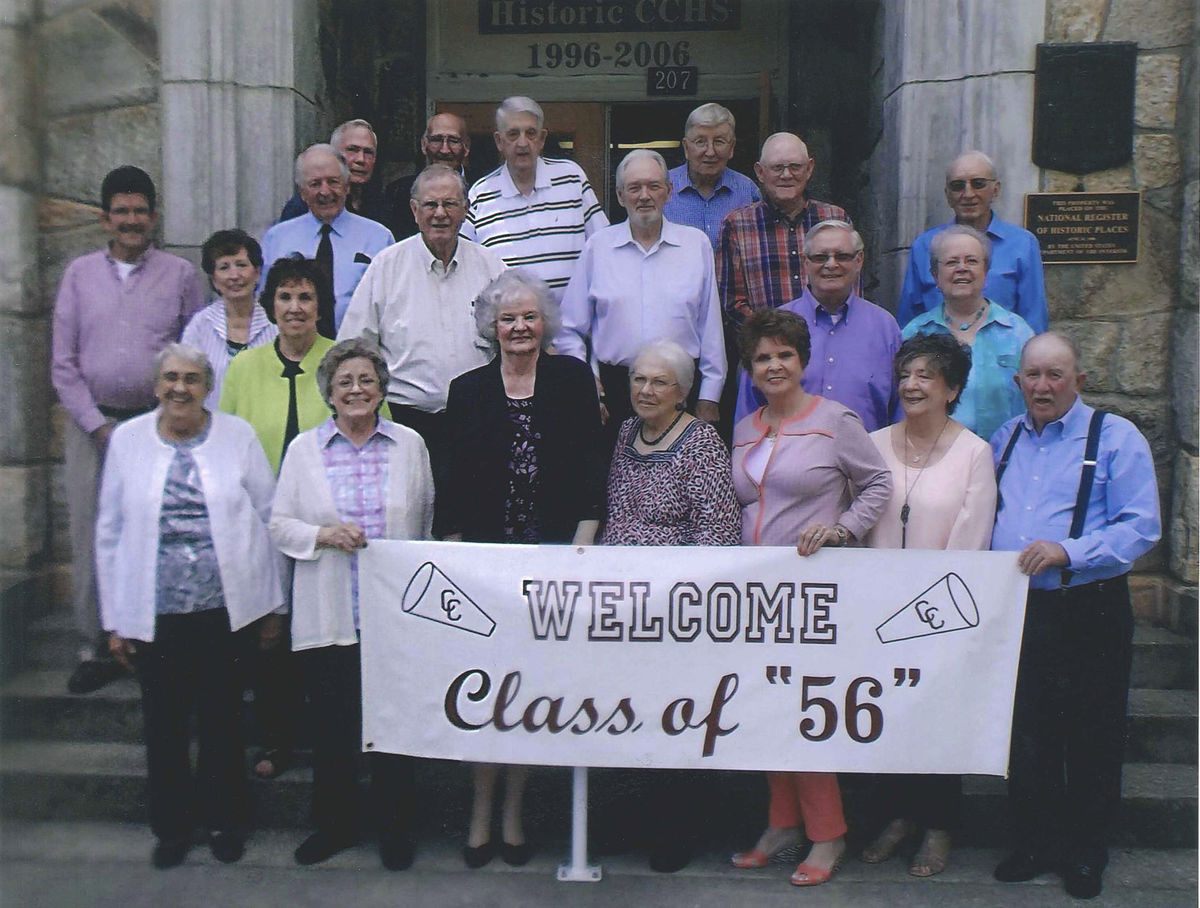 Designed by Clarence P. Coffey and built by the Works Progress Administration from 1940 to 1941, this WPA-era, 28,000 square foot, two story stone building is now a treasured historical landmark.[1] All the materials for the school came from the surrounding areas- the stones were “harvested” from a nearby farm and the mortar was made from the sand of the creek.[2] Adjacent to the high school, the workers also built a 3,640 square foot brick building.[3] These buildings served as the local high school for the Cove Creek community until they closed in 1995 due to the construction of a new high school.[4]
With threats of the old high school being destroyed, the Cove Creek Preservation and Development was formed in 1996 as a nonprofit to save the beautiful historic building from destruction, preserve it, and utilize it in the community for future generations[5]. The mission statement of the CC&P is: “To preserve the cultural heritage of Western Watauga County and to promote the sustainable development of our local community area. Our major focus for preservation is the historic Cove Creek High School building.”[6] A structural evaluation proved that the school was basically sound, but deteriorating internally from expansion and temperature issues.[7] With the support of the community, many public and private agencies, and Appalachian State University’s Sustainable Development Outreach, the Cove Creek Preservation and Development was able to collect enough funds and resources to rescue and restore the building.[8] It was entered into the National Register of Historic Places in 1998.[9]

The old Cove Creek High School now serves as a community center and business complex. It is home to the one and only Doc and Merle Watson Folk Art Museum and the Jung Tao School of Classical Chinese Medicine, and it has allowed for weekly operations of the Community Care Clinic, a nonprofit medical clinic for the uninsured.[10] It also hosts the annual MusicFest ‘n Sugar Grove.[11]

Since its closing, the old Cove Creek High School building has also served as a space for class reunions, including the 60th high school reunion of the Cove Creek class of 1956, which took place in September of 2016. [12]