Old Rotation is the world's oldest continuous agricultural experiment. It was established in 1896 by John F. Duggar, who was the director of the Alabama Agricultural Experiment Station at the Agricultural and Mechanical College of Alabama, what is now Auburn University. The initial experiment was the first to demonstrate that crop rotation, with legumes (vetch and clover), could sustain cotton growth indefinitely. It also demonstrated that legumes were as effective as fertilizer to boost crop output. The field itself is one acre in size and consists of 13 plots. Experiments continue today, providing valuable information to farmers and scientists. Given its agricultural significance, Old Rotation was added to the National Register of Historic Places in 1998. It is located just near the Donald E. Davis Arboretum north of the Cullars Rotation, the world's second oldest agricultural experiment.

Old Rotation was established in 1896 and was the first crop experiment to show that crop rotation could sustain cotton indefinitely. 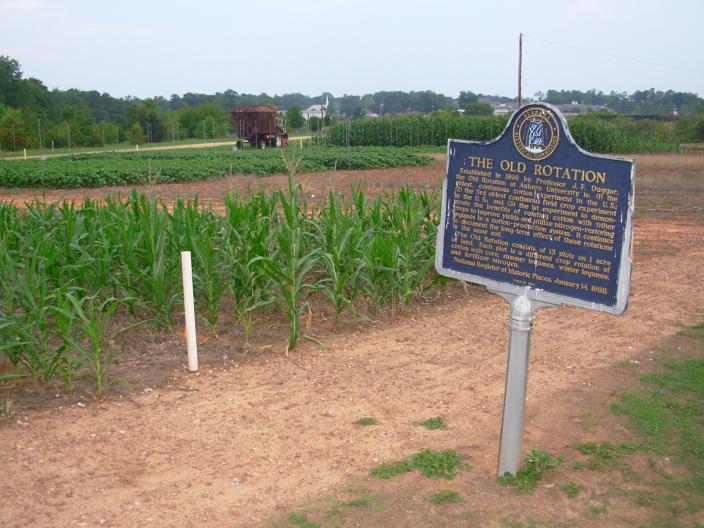 By the late 1800s, Alabama's soils were depleted from decades of farming and also suffered from erosion. This is what prompted the establishment of Old Rotation. Notably, Old Rotation is one of the seven longest-running science experiments in the world, according to the Guinness Book of World Records.