Built in 1896, the Lee County Courthouse is a great example of Classical Revival architecture. It features a two-story portico with fluted columnns and an impressive tower in the center of the building. It replaced an earlier courthouse located across the street that was constructed in 1867, which has since been torn down. This courthouse was built by Horace King (1807-1885), who was born into slavery but eventually became a free man and one of the most well-regarded bridge builders in Alabama, Georgia, and northeastern Mississippi. The courthouse was added to the National Register of Historic Places in 1973.

Lee County Courthouse was built in 1896. 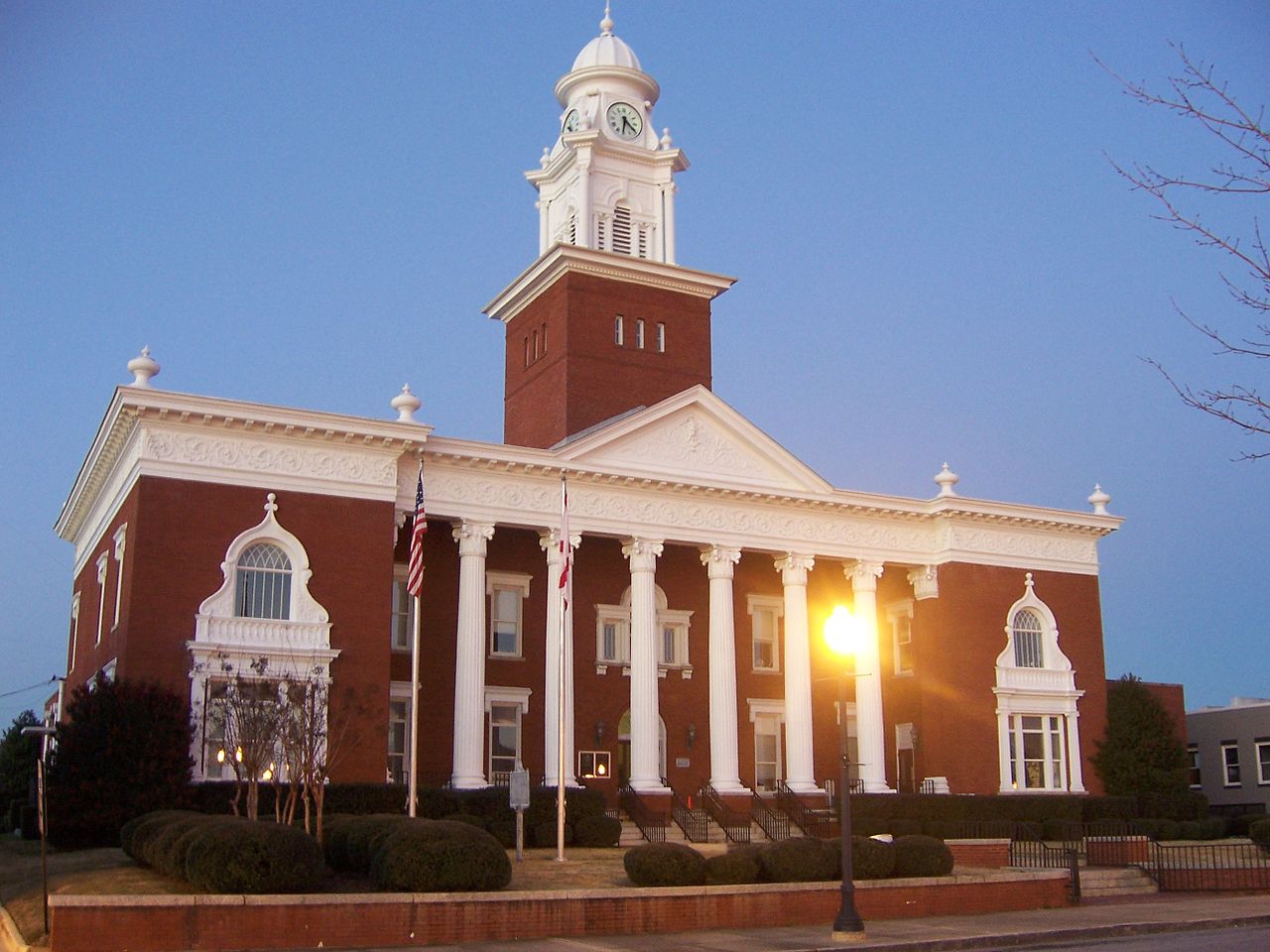 Horace King was born in South Carolina. He and his mother and siblings were bought by a builder and general contractor John Godwin, who taught King carpentry and other skills. Eventually, King would become a better builder than Godwin. One of King's first notable jobs was to supervise the construction of Godwin's large toll bridges over the Chattahoochee River between 1838-1840. King and Godwin would continue to collaborate on projects until Godwin's passing in 1859. King earned his freedom in 1846, thanks to an investor by the name of Robert Jemison Jr, who also served in the state legislature. Despite King's mixed background, his skills were sought after and some towns even boasted that their bridges (and other structures) were constructed by him even though they were not. Among his accomplishments, King also built the staircase the state capitol building in Montgomery. In February 2017, a painting of him was hung the capitol, making him the first African American to receive such a distinction.