Built in 1850, Auburn University Chapel is the university's oldest building on its original location and is among the oldest structures in the campus. Plantation owner and architect Edwin Reese designed and built the church for his Presbyterian congregation, which had recently been established. Its original design was Greek Revival but it was converted to the Gothic style in 1900. Today, the chapel, which is listed on the National Register of Historic Places, is an interdenominational and multipurpose building. As such, it can be rented for weddings and other events. Visitors are also welcome to meditate and pray during the week.

Auburn University Chapel is the oldest building on campus on its original location. 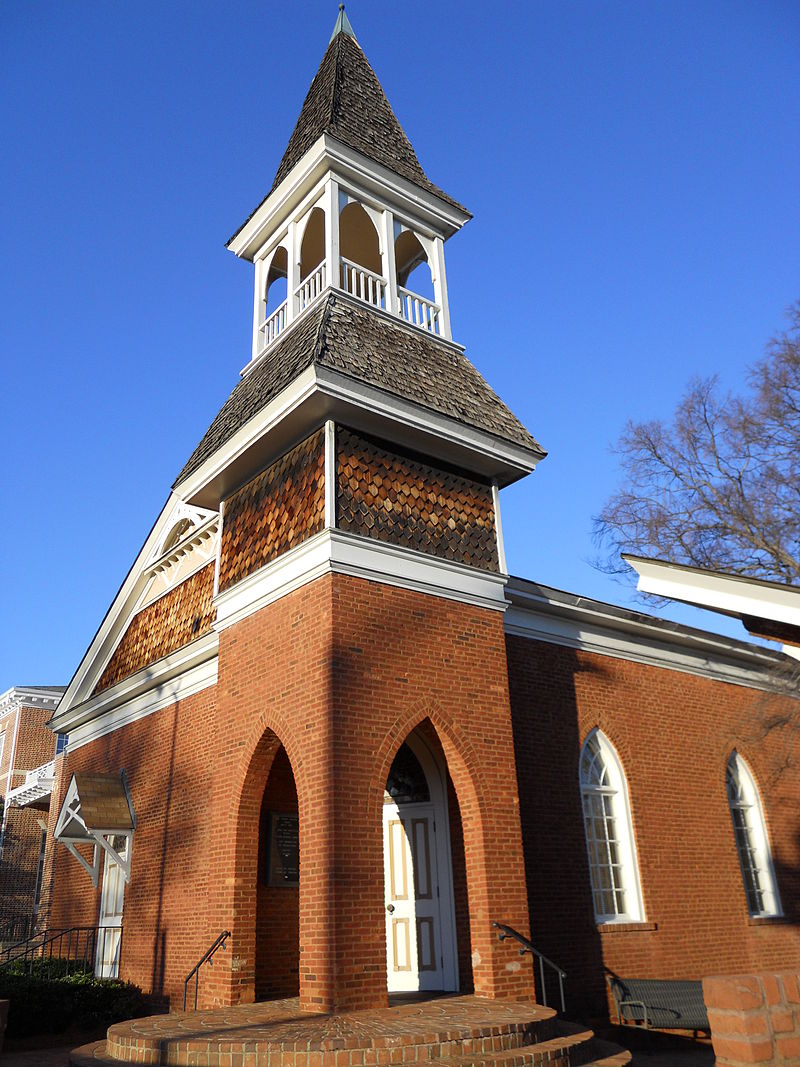 The church has had an interesting history. During the Civil War, it was used as a Confederate hospital. Later in 1887, it was divided into classrooms after a fire destroyed the nearby Old Main building at Alabama Polytechnic Institute (the precursor to the university). The institute bought the church in 1900. For a few years beginning in 1921, it became a YMCA. In 1927, it became the Auburn Players Theater and operated as such until 1973. The university converted the building in 1976 to its current purpose.