Dedicated in 2004 by the Delaware Public Archives, this historical marker commemorates the lives of Delaware’s free Black population in the late 18th and early 19th century who lived in constant fear of being kidnapped and sold into slavery. In 1789, Delaware barred slave ships from entering their its ports but individual individuals and gangs attempted to capture African American residents and sell them into slavery until the end of the Civil War. The marker commemorates the actions of Black leaders and organizations such as the Abolition Society of Delaware. 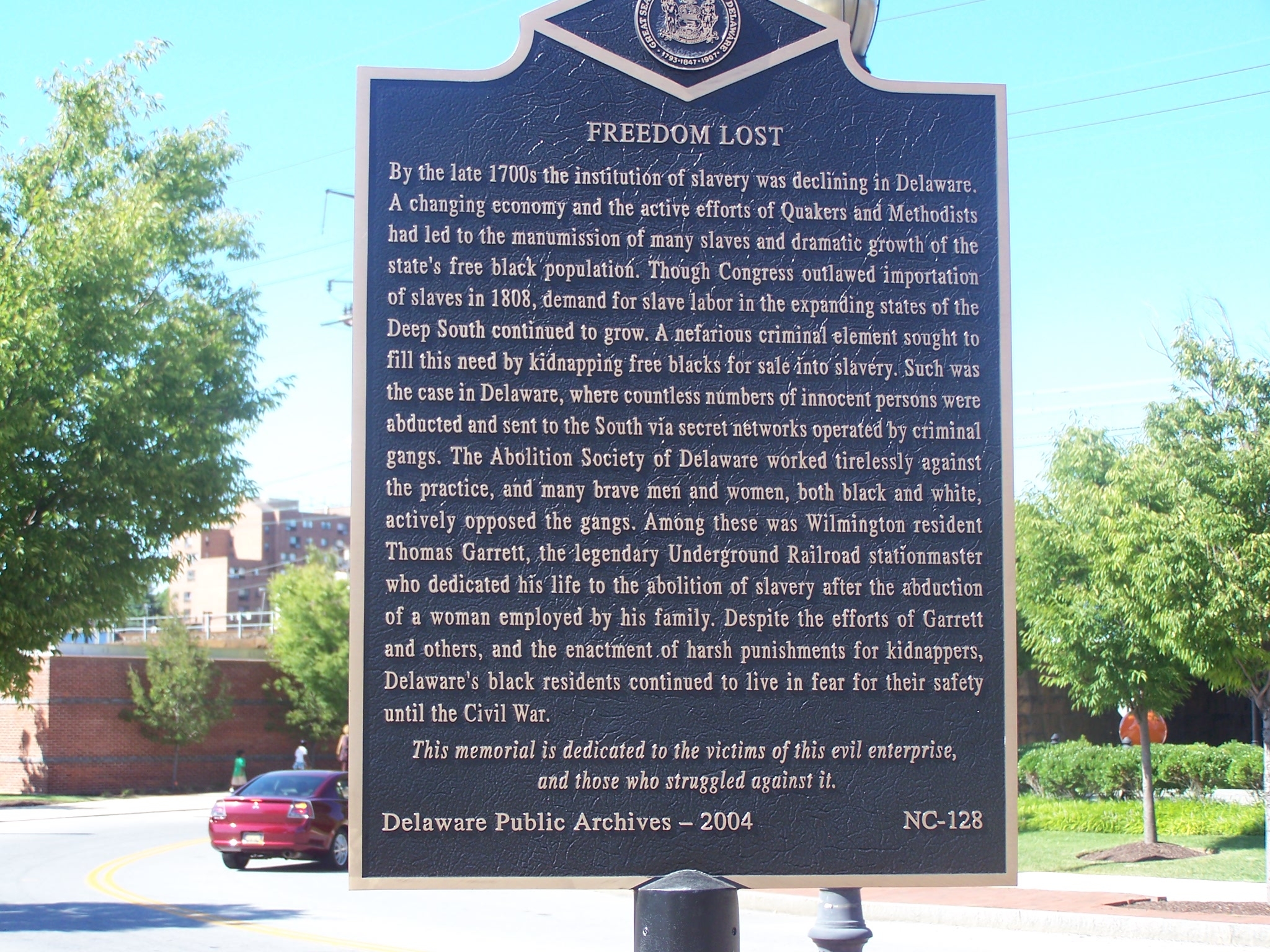 Delaware barred slave ships from its ports in 1789, following a trend in which northern states altered their laws in response to lower economic demand for slaves as the economies centered around the production of wheat and other enterprises which was less conducive to slave labor. The state also passes a law banning the sale of slaves to Georgia, the Carolinas, and the West Indies. This ban was soon extended to include Maryland and Virginia.

According to a 1797 law, an enslaved person in Delaware would be considered free if they were taken from the state for the purpose of selling them in another state. At this time, seventy percent of the state’s Black population was enslaved and slaves accounted for fifteen percent of the total population. A bill to abolish slavery in Delaware altogether, although gradually, was proposed in 1803 but Delaware remained a slave state although one with only a small enslaved population. Less than 1,800 slaves lived in Delaware when the Civil War began.

This historical marker credits abolitionist Thomas Garrett, a leading conductor of the Underground Railroad whose network of fellow abolitionists are credited with assisting over two thousand escaped slaves and free people of color who were in danger of being sold into slavery. The marker also credits the Abolition Society of Delaware.