This historical marker commemorates the first African American church in Middletown. After holding meetings at Asa Jeffrey’s house for two years, this small congregation established the African Methodist Episcopal Zion Church just west of Asa Jeffrey’s house where Wesleyan's Science Center now stands. Members supported the anti-slavery movement and assisted slaves as they tried to escape to freedom. Because of the activism in supporting the Underground Railroad, the Church became known and the Freedom Church. Today, the congregation holds services at just west of the original church in a building that was constructed in the 1980s.

The Marker on the site of the original Church was erected by Middlesex County Historical Society. 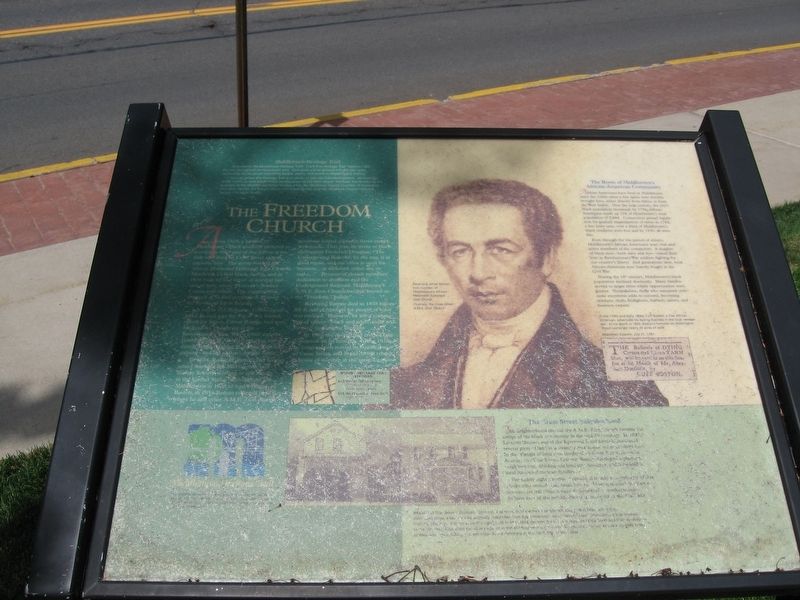 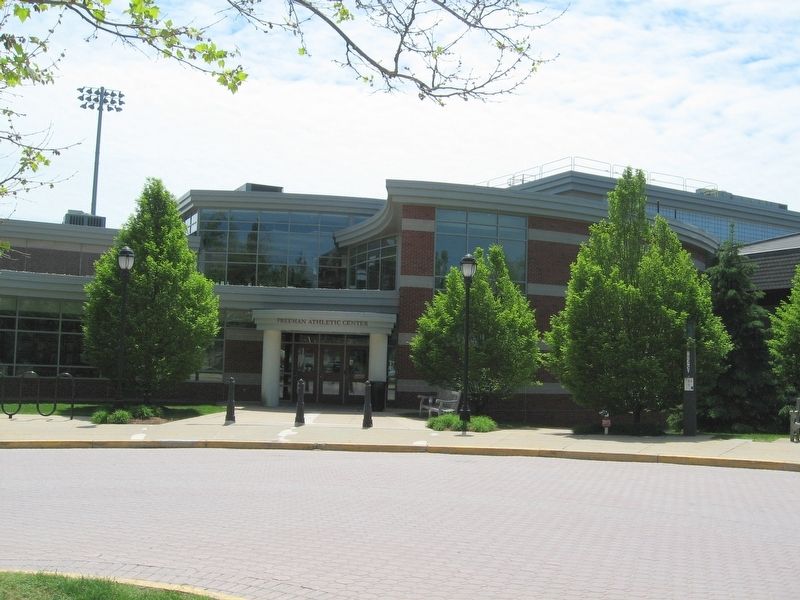 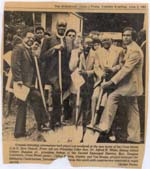 In the antebellum period, Middletown’s population had differing views on the issue of slavery. There were black and white abolitionists as well as pro-slavery factions tied to shipping and also those whose racial worldview supported slavery. In 1784, Connecticut passed a law that gradually ended slavery and by 1830, all slaves in Connecticut had been freed by the law or by a private act of emancipation.

In 1847, Leverett Beman, son of the Reverend Jehiel Beman who was a founding member and first pastor of the AME Zion Church, purchased several plots of land on Cross Street. Berman divided the land into smaller plots and sold them to local African American families. Most of the men in the community worked as seamen or port laborers while the women were dressmakers, laundresses, or domestic servants. Four men from the Cross-Street neighborhood served the Union in the Civil War.

In April 1833, the publisher of the anti-slavery paper, The Liberator, Lloyd Garrison visited Jehiel Beman and the AME Zion Church. Garrison wrote, “On Wednesday morning I took the stage to Middletown, I saw the Rev. J. C. Beman and a few other colored friends, and it was with as much difficulty as reluctance, I tore myself from their company”4, about his visit to Middletown. The Cross-Street church supported the Underground Railroad and beaucse of its anti-slavery activism, it became known as The Freedom Church.

Jehiel Beman wrote to Frederick Douglass from Middletown on September 7, 1854: “The Underground Railroad, by the way, is in good repair, and our office is open for business … at all hours, either day or night …”.

The Cross-Street “Freedom” Church was also involved in the Civil Rights Movements of the 1960s and 1970s. At least one church member, Captain Edward Jackson, participated in the March on Washington protest where Martin Luther King Jr gave his “I Have a Dream” speech. The Cross-Street Church’s Reverend William Davage founded The Greater Middletown Negro Youth Scholarship fund that helped about fifty students receive a college education. The program lasted for twenty-five years with Wesleyan professors and Cross-Street Church members serving on the board. The Cross-Street Church is still operation, breaking ground on a new facility May 15, 1981.