This historical marker commemorates the first public school for African Americans during the era of segregation in Georgia. The first school located here was known as the Freedman’s School and opened in 1870 thanks in large part to the continuous work and money secured by Captain Douglas. In 1923, an adjacent building was added and Colored Memorial High School opened. This school was replaced in 1955 with a new building that was home to Risley High School. 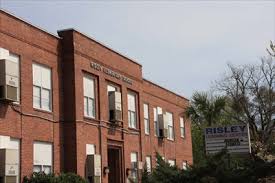 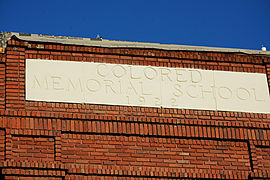 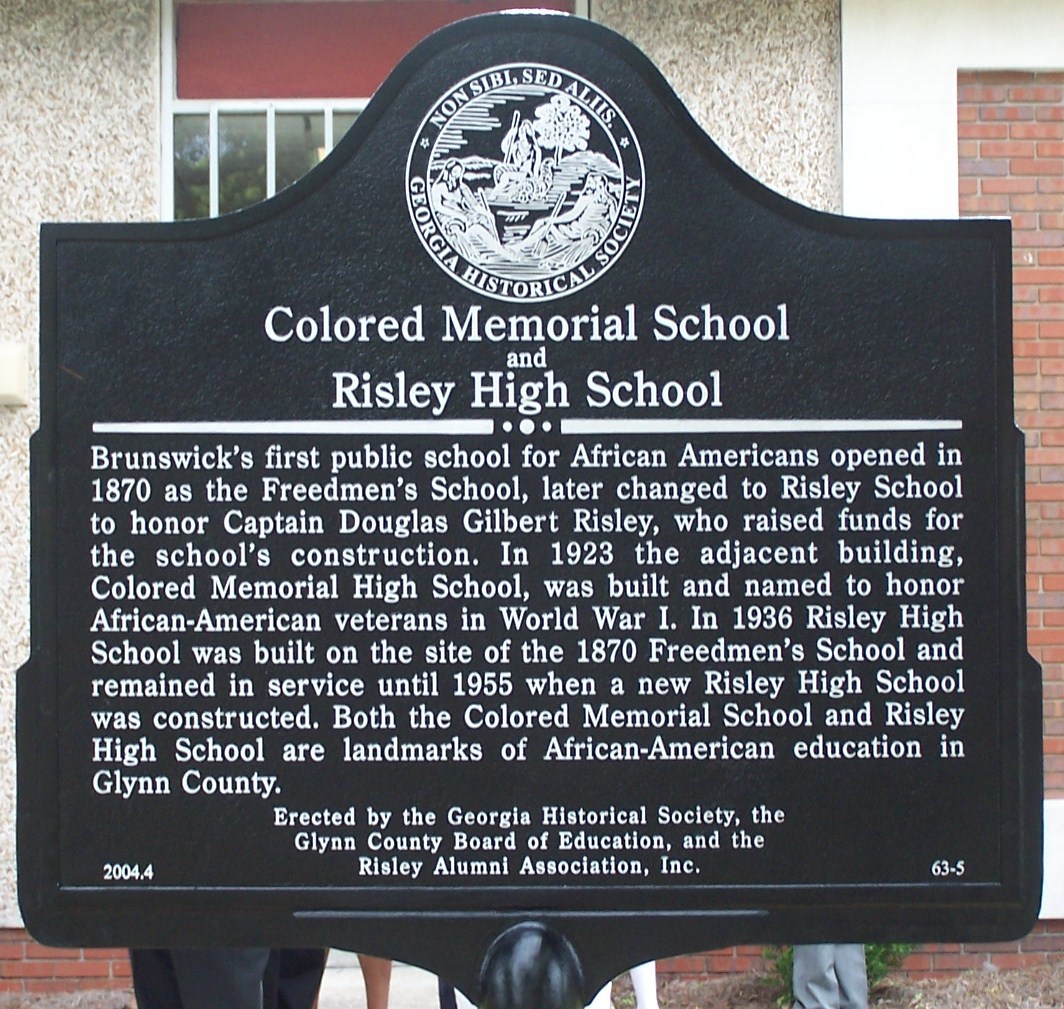 In 1829, legislation passed that made the act of operating a school for African Americans to be illegal. After the Civil War, African Americans in Georgia organized their own schools while others worked with the Freedman's Bureau and various churches and religious organizations to open schools. The Freedmen’s Bureau supported efforts to rent rooms and build small schools.

Captain Douglas Gilbert Risley retired as a lieutenant in the United States Army following injuries received during the battle of Deep Bottoms Virginia. Risley was later employed by the Freedman's Burea and sent to Glynn County, Georgia where he gathered the funds needed to open the first schol at this location. Risley passed away later the same year and the Freedmen’s School was later renamed Risley School in his honor.

1923, a new building was built adjacent to the original school and named The Colored Memorial High School. This two-story brick building provided twelve new classrooms, a large auditorium, and seven additional rooms. This would become the first public school building that offered a complete high school course of instruction for African Americans in the state. This building eventually became a grammar school for grades first through eighth.

The campus of Risley became a sixth grade center from the 1970 until 1975 when it become Risley Middle School. The school closed in 2012 and a new Risley Middle School was built just north of the original site the following year. Today, this historic marker at the location of the original Risley School and the Colored Memorial High School preserves the history of the schools that operated here for a century.