Mother African Methodist Episcopal Zion Church was founded in 1796 when Black members of John Street Methodist Church left that congregation and formed their own church. This is the oldest Black church in New York and its members inspired the creation of numerous others leading to the title of "Mother Church" of the A.M.E. Zion denomination. The congregation met at five previous buildings before acquiring this structure. The sanctuary was one of the first works from future African American architect, George W. Foster, built from 1923 to 1925. In addition to administering to the religious needs of its members, the congregation spread and became a driving force in the creation of other Black congregations. Given the support for abolition, and the leadership of members including Sojourner Truth, the congregation was known as the "Freedom Church" for their support of the Underground Railroad.

Sketch illustrations of the founders of the original Mother African Methodist Episcopal Zion Church in 1796. 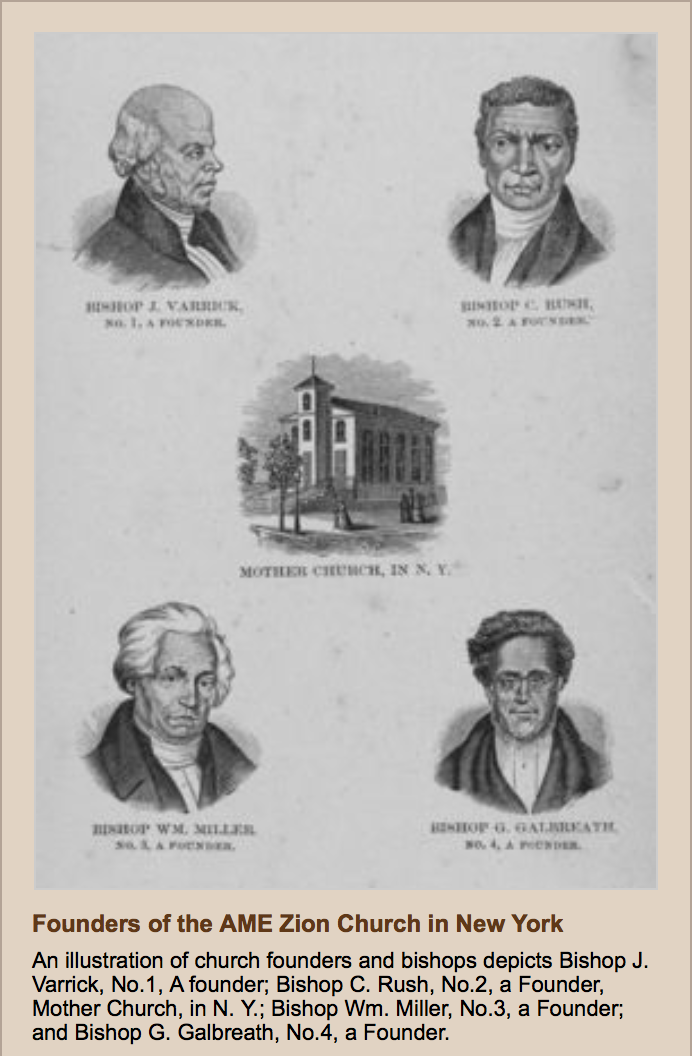 A sketch illustration of the first ordained Black bishop and one of the founders, James Varick. 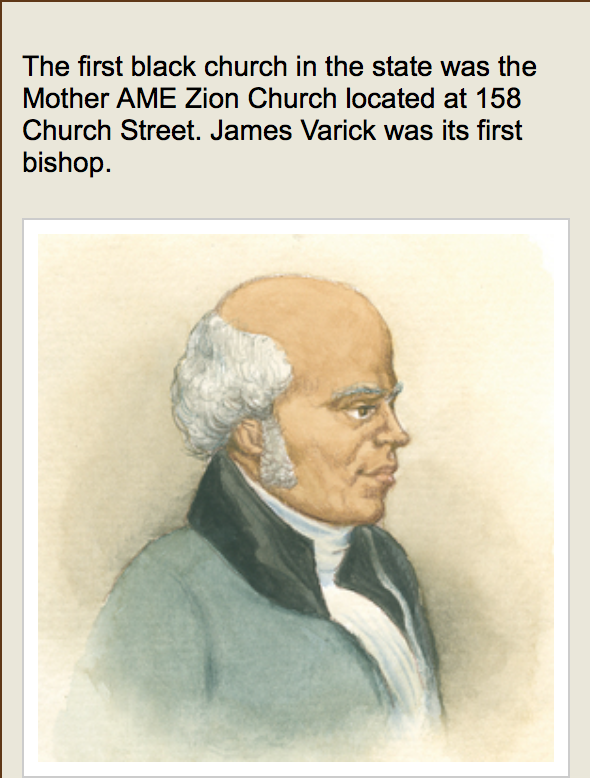 A photograph taken of the current Mother AME Zion Church which was designed by George W. Foster, Jr. 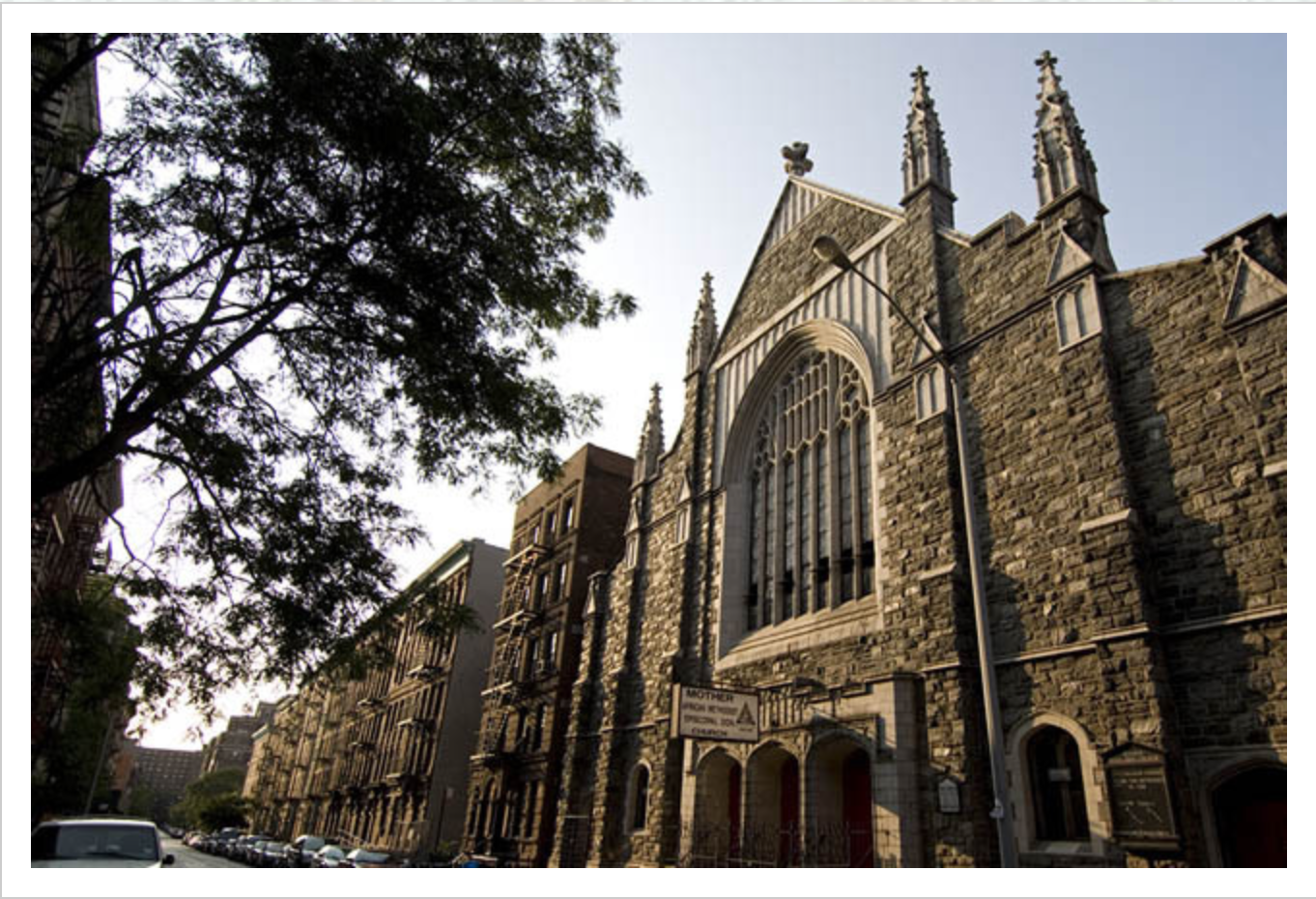 Mother African Methodist Episcopal Zion Church was established in 1796 when Black members of the John Street Church decided that they could no longer tolerate that church's practice of racial segregation. James Varick, a former deacon of the church, found an old building in which the Black members who left the majority-white church could worship together as equals. Although many whites who attended John Street Methodist opposed slavery, they did not practice racial integration or believe in racial equality. In response, African Americans formed their own congregations throughout the late 18th and early 19th century.

The group began as 100 worshipers and soon established a church at the corner of Church and Leonard Streets. As the population and church grew, the founders and leaders of Mother African Methodist Episcopal Zion Church chose to dissociate completely with the Methodist Church as its leaders refused to ordain Black bishops. As the congregation's members increasingly lived in the northern sections of the growing city, the church moved to be closer to the homes of its members.

Mother African Methodist Episcopal Zion Church was also committed to the freedom of African Americans and many of the members played a key role in challenging slavery. The church became a stop on the Underground Railroad. The church was soon known by the name “Freedom Church” as a reflection of their members' activism. In the attached video below, Cynthia Copeland discusses the decision to move the Church to Seneca Village in this video:

The church is located near other African American historical landmarks such as the Harlem YMCA, the Schomburg Center for Research in Black Culture, and the Savoy Ballroom.