The Dow Riot occurred on October 18, 1967 a response to a series of student protests against the Vietnam War at the University of Wisconsin-Madison. Days before the event, UW students protested against the makers of the weapon napalm, Dow Chemical Company, who were recruiting at the Madison campus. The University Chancellor called for police to disperse the students. The police used tear gas to clear the protesters, an action that spurred several confrontations between the students and the protest. The belief that the police and administration were attempting to silence their voices radicalized many formerly apolitical students. As a result, even more students came out for a general student rally on Bascom Hill on October 18th. The three thousand students clashed with police and counter-protesters.

Students and police clash inside the administrative building 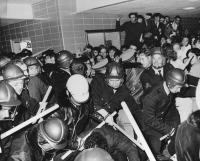 Students and police clash on October 19th on Bascom Hill 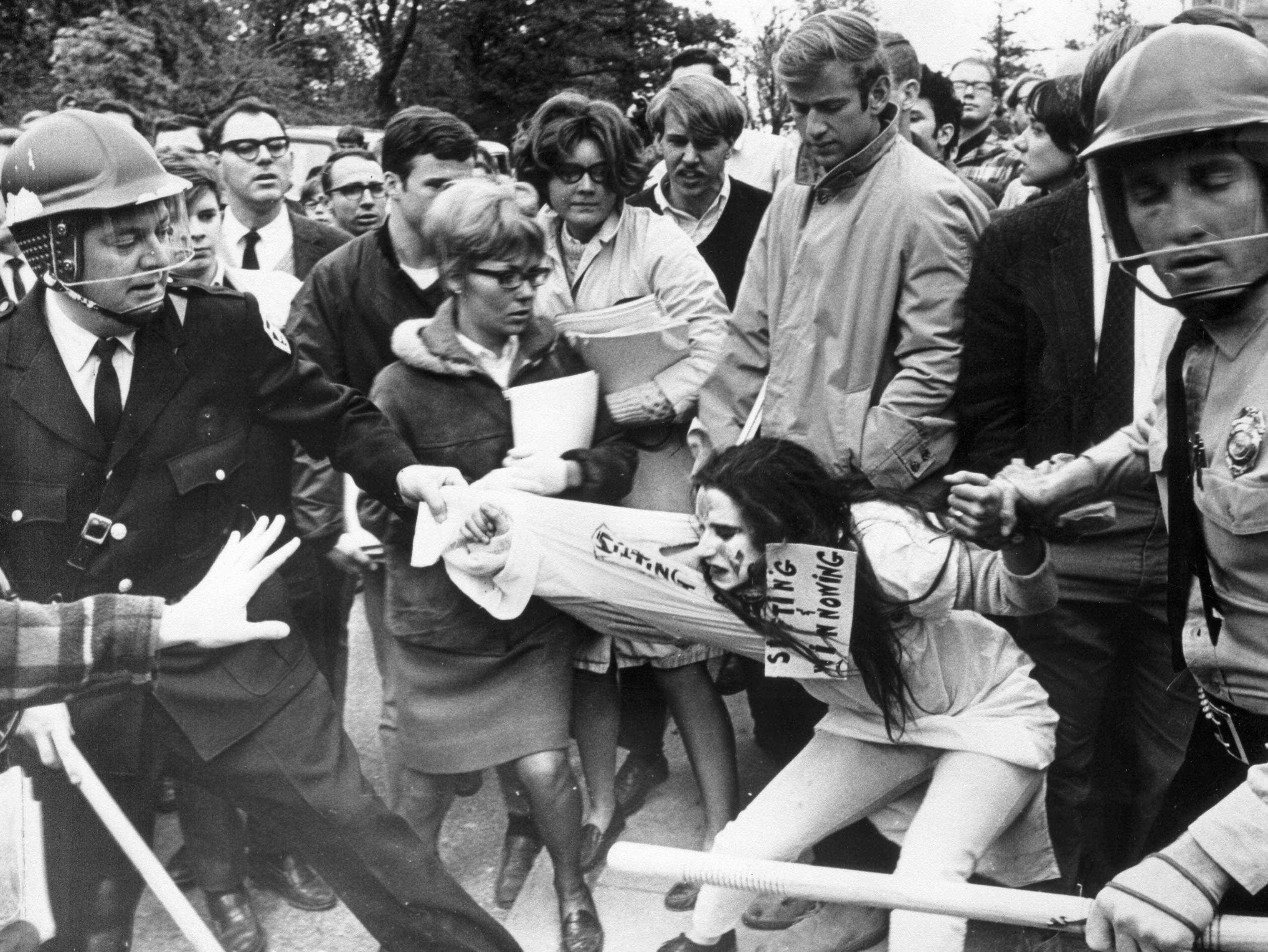 image from the Wisconsin Historical Society

David Mariness: They Marched Into Sunlight: War and Peace Vietnam and America October 1967- Click the link below for more information about this book 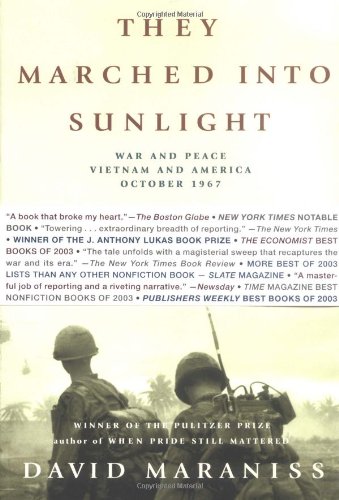 This riot was part of an anti-Dow protest that had begun months before the company's representatives arrived on campus. During the 1960s, the University of Wisconsin-Madison gained a reputation as one of the nation's most radical campuses. In response to the escalation of the Vietnam War, students and professors began to organize teach-ins on the war in 1965. These teach-ins were large forums for discussion between students and faculty about the history of Vietnam, its people, and the war. Within a year, opposition to the war grew throughout the university and nation. Students at Wisconsin became among the first to organize marches that protested America's actions in the Vietnam War. By 1967, student protests included the burning of draft cards and direct confrontation of military recruiters.

"The Day that Changed Madison: The "Dow Riot" forty years on." Havens Center. Accessed May 29, 2014.  http://www.havenscenter.org/vsp/paul_buhle_amp_tom_hayden.