The Lochmere Archaeological District of Belmont, NH is comprised of a number of significant discoveries that tell the incredible story of pre-history Native American society in the Northeastern United States Region. Centered around the Winnipesaukee River, the Archaeological District has partially restricted areas designated for historical digs and research, and partially public land available for appreciation by visitors and locals.

A Scenic Photograph of the River at the Edge of the Lochmere Archeological Site, Taken by Contributor "MagicPiano" of Wikimedia Foundation on October 3rd of 2014 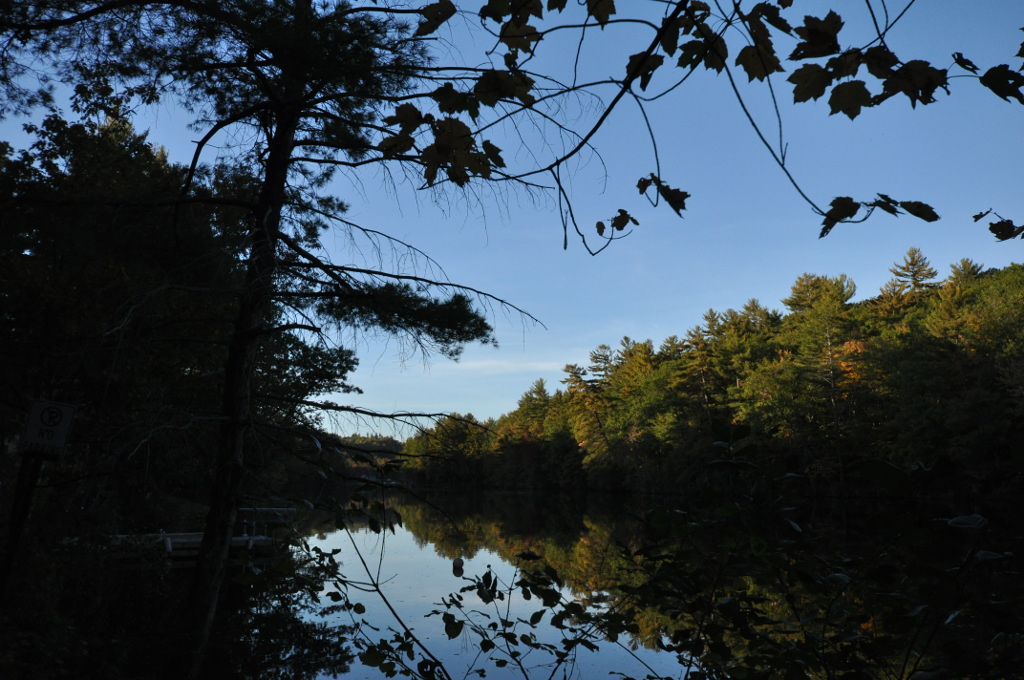 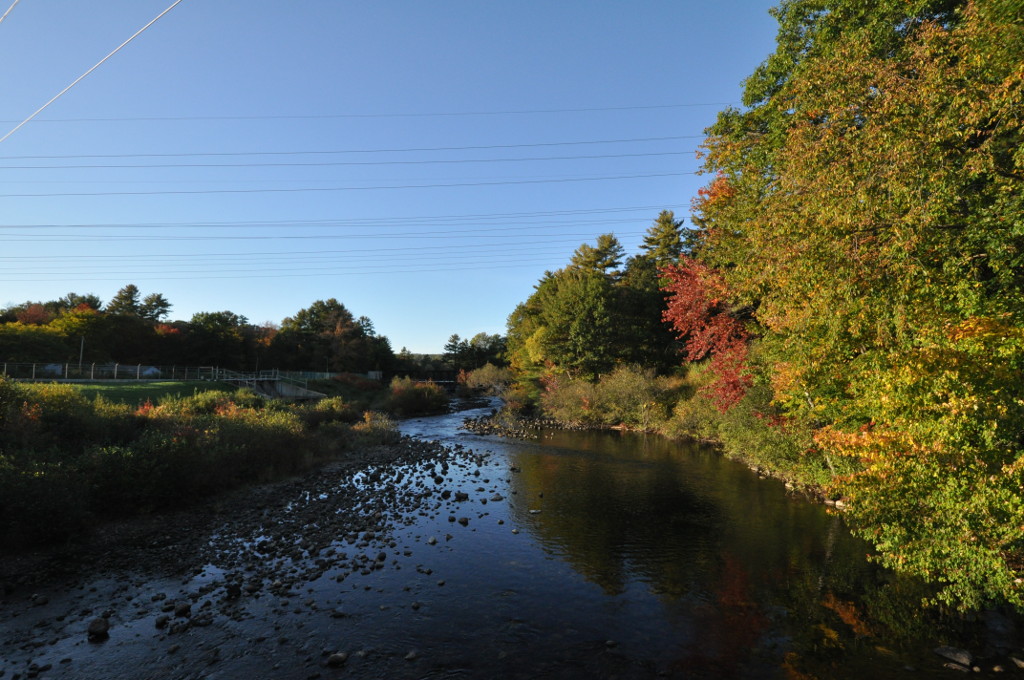 The Brennick Lochmere Archaeological District is home to anthropological findings that tell the story of the area from the Middle Archaic period until the modern day.  While official historical designations center around the earlier periods of the area’s history, there is nonetheless considerable history of note to be found in the collection of structures that exist within the designation as well.

Within the district, there are 13 recognized prehistoric sites and 18 historic sites.  While many have been excellently preserved since the District’s addition to the National Register of Historic Places in 1982, some suspected sites have been lost and others damaged due to pre-designation construction and river maintenance undertaken by the state prior to 1982.

The late 1970s brought the involvement of the Water Supply and Pollution Control Commission and the Department of Public Works and Highways, which undertook even more significant investigation of the area in hopes of identifying sites at risk of being lost.  This research was successful in salvaging at least a portion of one of the sites now listed within the District and additionally was able to lay out the areas of others to be preserved.  At this point in the District’s history, no explicit boundaries had been for the district, but work that came in the 1980s helped to solidify an area for preservation.

Since then, continued research in the district has revealed considerable knowledge of the movement and lives of those who made the region their home:  The Winnipesaukee Native Americans, who belonged to one of the tribes of the Pennacook people.  Findings have revealed that the cold winters and temperate summers led to the Winnipesaukee tribe living lives largely on the riverbank, where food could be easily accessed all year round.  Notably, the herds of white-tailed deer that are iconic in the Northeast region of the United States, Atlantic Salmon, and various edible species of turtle were utilized as sources of food throughout the seasons of the year.

The District houses historical artifacts pointing to the existence of multiple separate settlements within the area.  Native American tribes likely migrated throughout the area from periods of Native pre-history until the colonial era, during which the arrival of white settlers brought great changes to the area.

Notated within the District’s official NPS paperwork are 13 particularly significant sites, each of which contains portions of the historical mosaic of the area.  The earliest site confirmed with chemical dating methods dates back to approximately 9615 B.C.E., though various researchers have shown evidence of even earlier occupation.

The oldest dated site displays evidence of low density, migratory tribe habitation that likely followed the seasonal migration of local caribou.  As time goes on, however, there is much evidence pointing to an increase in population density that is reflected in other nearby archaeological sites as well.  Many collections of artifacts have been recovered from these periods.

Sites dated to the Woodland Period, which stretches from 1000 B.C.E. until colonial contact, contained artifacts in the form of pottery and signs of increasing domestication of food animals.  Early Woodland Period sites are rare but have largely been better preserved than Middle and Late Woodland sites, which, due to migrations as a result of conflict with white colonists, were shallow and easily disturbed.

Each of the 13 significant sites listed on the Districts NPS preservation paperwork is summarized below:

1.  One of the most valuable sites within the district, site #1 has been the point of discovery of over 4,700 stone artifacts.  A collection of tools was also sound on the site, with notable specimens from most eras of the district’s history.  A human skeleton was also unearthed during unrelated construction in the mid-1970s before the site was fully designated for historical preservation.

2.  This site was most likely occupied during the Archaic or Early Woodland periods and contains quality findings despite some disturbance by the presence of two homes with cultivated gardens.

3.  Site #3 represents a small finding of minor artifacts in a forested site that displays evidence of once being a pasture.  The most significant findings in this site were two cobble-line hearths.

4.  While originally designated as significant on numerous levels by the 1950s archaeological studies, house construction in the area between 1952 and the designation of the site for preservation led to the destruction of much of the integrity of this once promising site.

5.  A site of great promise identified by the Sargent Archaeological Study of 1976, this site was severely damaged by the widening of the river by the New Hampshire Water Resources Board in 1976.  NPS notation indicates that artifacts are easily visible on the shoreline following rainy weather.  A number of tools and pottery pieces were found in this site, in addition to an axe that was either a tool or a weapon.  Additionally, a fire pit and artifacts dating to the Late Archaic and Early Woodlands periods were located here, undisturbed.

6.  One of the lesser-studied areas of the District, this site was the location of a number of tools and signs of fire-making.

7.  Site #7 is largely valuable for its geological information, showing signs of ancient glacial movement and jutting rock formations.  However, a small collection of tools was discovered at this site.  Most of the archaeological findings here were flakes.

8.  Likely an Archaic period site, site #8 contained ninety-seven artifact findings and the remains of a human burial.  While none of the artifacts found were significant enough to be categorized as diagnostic, the lack of any pottery findings whatsoever has helped place the site chronologically.

9.  Despite some housing disturbance of site #9, this location has proven to be one of the most richly-laden areas of the district.  A number of tools, including fishing implements, as well as a considerable collection of pottery fragments indicate that this area was likely inhabited nearly continuously since the Middle Archaic period.

10.  One of the more heavily-tested sites within the District, site #10 digs have revealed thousands of artifacts including a great number of tools and diagnostic artifacts.  In addition to tools, bones and evidence of fire-making have been found all across this site.  One location within the site containing a great number of stone flakes is believed to have been a Middle Archaic refuse pit.  Thankfully, due to the age of the artifacts, there has been little disturbance to the findings.

11.  A notably uneven site, site #11 contained signs of fire-making and a number of hearths.

12.  This site was previously independently determined as eligible for the NPS NRHP and was therefore protected from a highway project that threatened it.  Site #12 is one of the best-preserved Middle Archaic sites not only in the district but in the area.  Extensive artifact recovery helped reveal the presence of two Middle Archaic workshops and a number of accompanying tools.  Unfortunately, the site of the dig has now been covered by highway construction, but the contents of the site were carefully and painstakingly moved before construction began.

13.  One of the few Early Archaic sites within the district, site #13 contained bone fragments, tools and tool flakes in nearly undisturbed soil.

In addition to the archaeologically relevant sites listed here, the Lochmere Archaeological District contains centuries worth of Colonial and Post-Colonial period structures and remains.  Fishing weirs constructed by settlers and inhabitants of the surrounding towns lined the entirety of the Winnipesaukee River and are largely believed to have been built based on Native weir designs that populated the river previously.

Additionally, during the late 1700s, a number of mills were established along the rivers, largely established by the Gibson and Bamford Families.  These mill operations, alongside a few others, would serve as a large portion of the Winnipesaukee river area’s local commerce until the 1840s when many of the mills were purchased by larger corporate interests such as the Lake Company.

The Lake Company ended up with an incredible amount of power in the area, monopolizing the mill district by the 1860s and ultimately being awarded all water rights to the area near the turn of the century.  In many ways, however, the Lake Company’s hard push for control of the area was to no avail, as the mill’s profitability began to falter, ending in 1910 at which point water rights were sold to the Public Service Company of New Hampshire.  Many of the mills at this point were designated as archaeologically relevant and fell out of use.

To this day, the Archaeological District houses great potential for future discovery, both in the analysis of artifacts already saved and in the protection of yet undiscovered artifacts in the area.  Unfortunately, much of the documentation about the site has been heavily redacted in order to protect the sites, however, visitation and observation of the District are still possible, as is appreciation of the surrounding area which is tied, intrinsically, to the history of the Lochmere District.