A historic marker now stands on the site of Murphy’s corral, the location of one of the earliest actions of the conflict between the US and Mexico. The corral belonged to Martin Murphy, Jr., an Irish immigrant who, along with his extended family, made up the Stevens-Murphy Party, the first pioneer party to cross the Sierra Nevada Mountains by covered wagon. 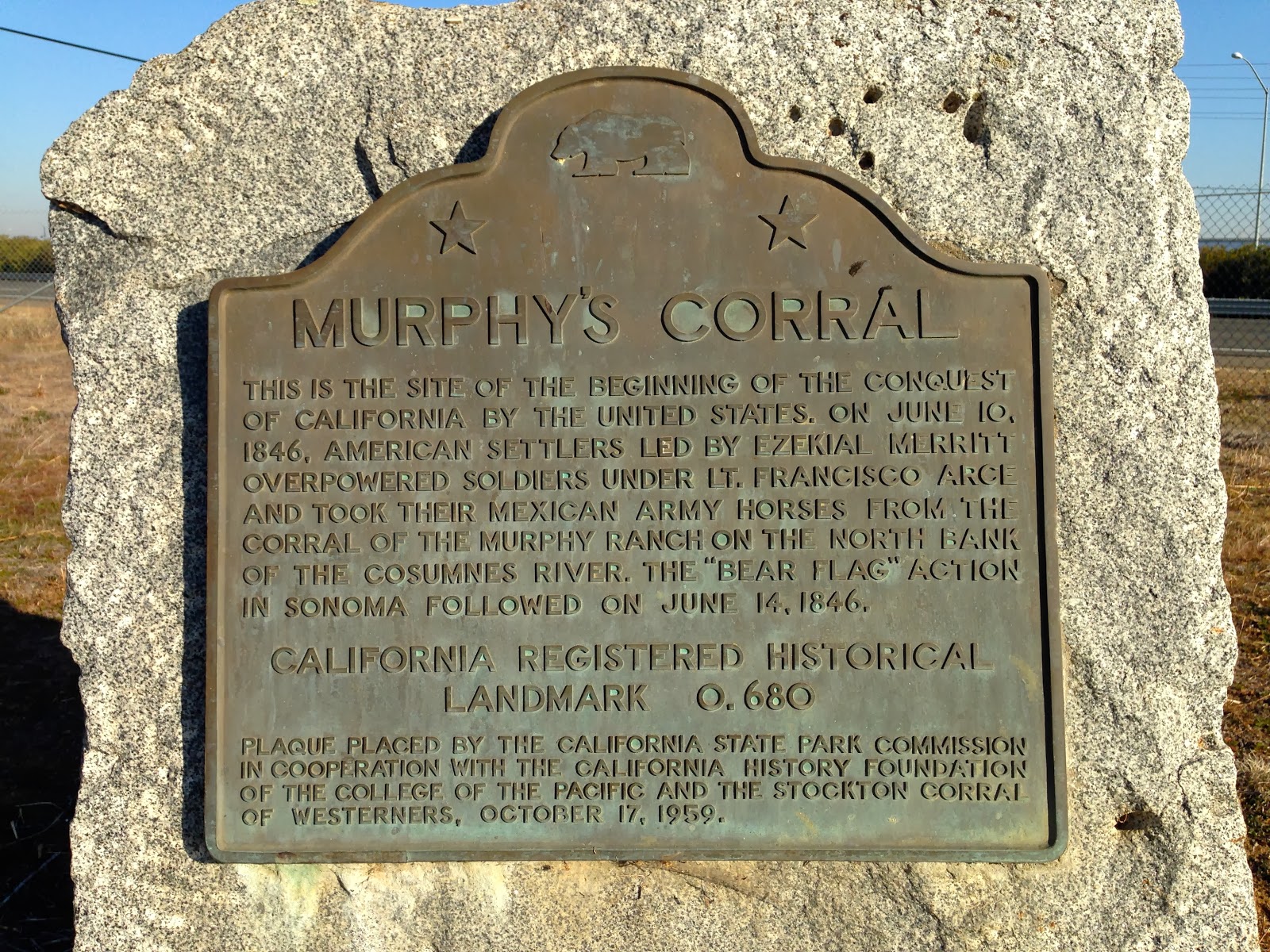 To call the incident at Murphy’s Corral a “battle” is a bit of an overstatement. It was a skirmish, and one in which its namesake, Martin Murphy, apparently did not participate. The skirmish was one of the earliest incidents in California’s Bear Flag Revolt, part of the larger Mexican American War.

Relations between Americans and Mexicans were very strained at the time, and in the Sacramento Valley, relations between the two camps were no different. The declaration of war a month prior only worsened those tensions.

In June of 1846, a Mexican commander, General Castro, ordered one of his officers, Lt. Francisco Arce, to move several hundred horses from one location along the Cosumnes River to another. A large herd of horses would have had a value in the thousands, and there was much speculation and suspicion among Americans as to what this movement of horses meant.

On June 10, a large group of American civilians raided the Mexican encampment along the river and captured the horses and soldiers without a fight. No blood was shed in the “battle,” and the Mexicans were allowed to keep their personal horses and return home. The Bear Flag Revolt began four days later.