Fort Clark and the Bombardment of Fort Hatteras Historical Marker

The Battle of Hatteras Inlet, or the Battle of Forts Hatteras and Clark, is known as a pivotal encounter in the early days of the Civil War. This battle was the first between the Union Army and Navy during the Civil War. This battle became quite significant as it was the first notable Union victory of the war. When visiting the Outer Banks, few are aware these same islands were previously battlefields. Barrier islands of North Carolina were known as alternate routes around the state. In order to gain control of North Carolina, power of the Outer Banks were crucial.

An image of Hatteras Inlet. 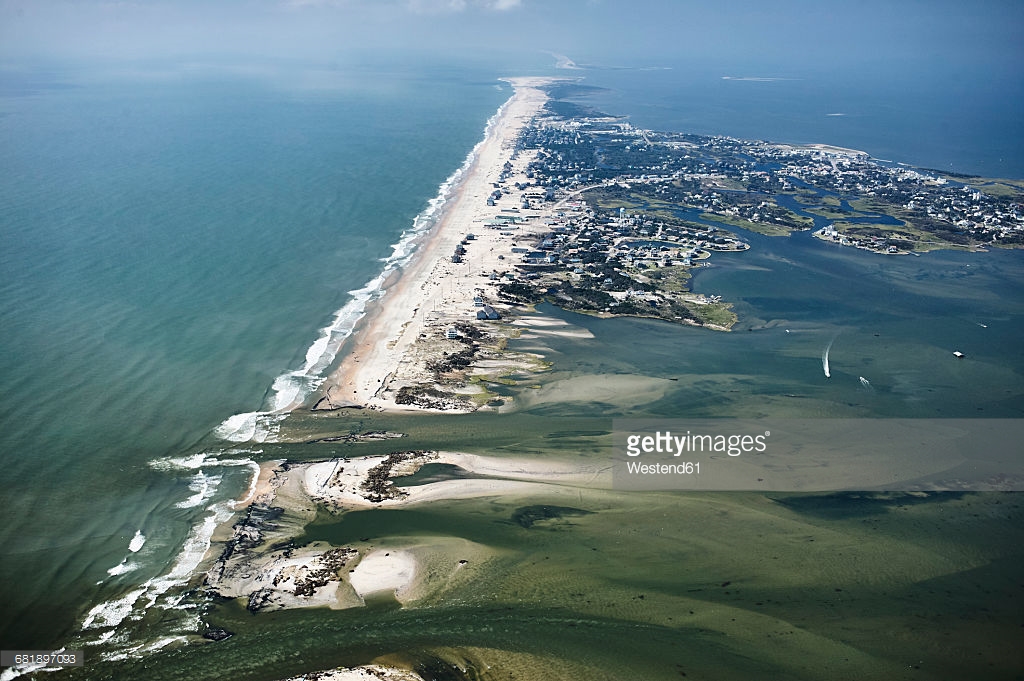 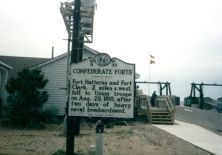 A photo of the monument commemorating Fort Clark and Fort Hatteras by Mike Wintermantel.

The Hatteras Inlet, located between Hatteras Island and Ocracoke Island, was the location where Fort Clark and Fort Hatteras were constructed when North Carolina joined the Confederacy in 1861. At the beginning of the Civil War, Confederate soldiers and enslaved laborers constructed Fort Clark and Fort Hatteras with attempts to protect Hatteras Inlet, a key strategic route for shipping. The route was pivotal for the Confederacy, who wanted to control the Pamlico Sound. With the importance of controlling this waterway at large, the Union wasted no time in assembling a force to dislodge the Confederate defenders of these forts. Confederates stationed in the area seized Northern merchant ships, the Union navy planned an attack and captured the forts after an unconditional surrender was agreed upon by both parties.

The Battle of Hatteras Island took place on August of 1861 when seven federal ships threatened Fort Clark. The Union's ships had longer range guns than the Confederate battery at Fort Clark and the men their quickly abandoned their posts for the relative safety of Fort Hatteras. That fort soon collapsed and the Union guns provided a constant shelling as the 700 Confederates surrendered. With the Confederacy losing this battle, their efforts to keep a tight hold on the rest of the South proved to be difficult. The battle marked the first deployment of Black servicemen to take place in an attack against the Confederacy during the Civil War as the Union navy enlisted Black men while the Union army excluded Black men until 1863. The battle also encouraged much support for the Union as it was their first victory in the Ciivl War.

The battle only lasted a day and a half, but during this time was consistent firing at one another for over fourteen hours. Despite its short encounter, it is known to be one of the most significant events of the Civil War era. Today, we are not able to see much physical evidence of the brutal battle remains on North Carolina. But, the long-lasting effects of the conflict can still be seen today.