This historic house was built in 1837 by enslaved artisans for Dr. John R. Drish, a prominent early settler of the community that became the city of Tuscaloosa. Drish remodeled the mansion in the 1850s, adding columnns to the facade as well as the home's distinctive Italianate tower. The house remained one of the finest residences in the city until 1906 when it was converted into a public school. 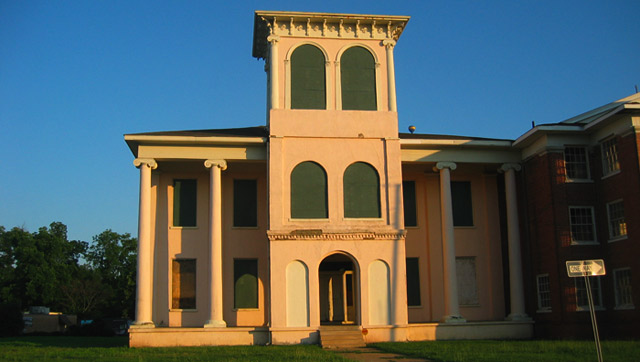 Historic image of the Drish House 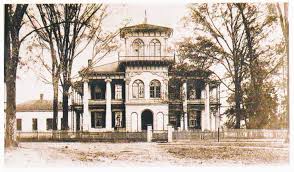 In later years, the former school fell into disrepair was was later sold and used for storage and as a garage. Walker Evans, one of America’s most famous photographers, photographed the once-grand mansion in the 1930s when it was used as a garage for a local wrecing company. Walker Evans' “Tuscaloosa Wrecking Company” is now housed in the Metropolitan Museum of Art in New York City.

In the 1940s, the Southside Baptist Church purchased the house as a meeting site, and, over the years, built a large sanctuary abutting the house and a free standing Sunday school building on the property. In this configuration, the house remained until 1995, when the church, with a dwindling and aging population, closed its doors.