The house was built by Nelson Studebaker Riley, a prominent Kansas City Business owner, on land previously owned by the BlackBob Native Americans Joseph and Johnson BlackFeather. The location now specializes in corporate and social events that focus on team building or strategic planning. They use horses to help teach people in new ways and get them connected the the land and themselves. 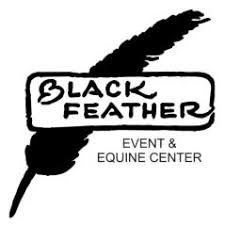 Many events are held on the vast amount of land that the house sits on. 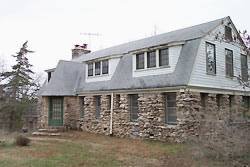 One of the main attractions of the farm is now the ability to house and breed horses. Horses on the farm are also used for group training events. 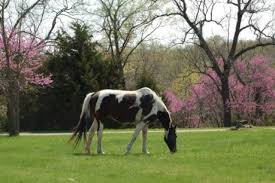 Nelson Studebaker Riley was the eventual owner of the land that now houses Blackfeather Farm. Riley was the descendant of the founder of Studebaker-Packard Manufacturing Company. Riley would have the farm built on the land in 1928. The farmhouse was built as a summer retreat away from Riley’s job managing the Midwestern section of his families business. In 1931 Riley lost the farmhouse and land to the Great Depression. The Fidelity Trust Bank gained control of the house and would allow private use of the property until 1934. In 1934 the land and house were bought by Sheffield Steel Company. They would then use this land for corporate fishing and their own shooting club. The Sheffield Steel Company owned BlackFeather Farm until 1947 when Thomas Richardson, owner of a Country Club Plaza shoe store, bought the house and land for his family. The Richardson family continues to own the farm and house. The current owner is Mary Richardson who uses the land as a locational for her motivational coaching job. The farm and land is also used to board, and breed horses as well as give ample land for riders new and old alike.

The farmhouse is true to the original style it was built in. It was meant to depict wealth and a well to do lifestyle that can be seen in the combination of styles the house was designed in. The farmhouse mimics Tudor Revival, Dutch Colonial Revival, and Craftsman houses. It consists of a cottage, barn, and chicken shed. As for natural features, the house is situated on a steep and rocky ledge located above Wolf Creek. The land also holds a one-acre lake, a natural spring, lack basin, a multitude of rock formations and dam gate.