This historical marker was dedicated in 1997 and commemorates the many African Americans who created one of the largest rural African American communities beyond the South in the mid-19th century. With the assistance of Quakers, this community of about 150 former slaves was established in Hillsboro in the wake of the 1850 Fugitive Slave Act that endangered many African Americans regardless of whether they were born free or had arrived in Northern communities via the Underground Railroad. As the sign proclaims, these families came to Wisconsin and established a farming community that lasted until the early 20th century. 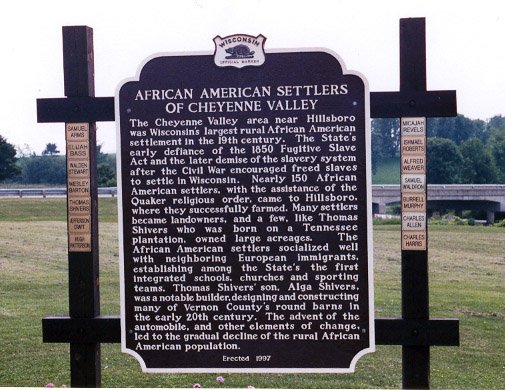 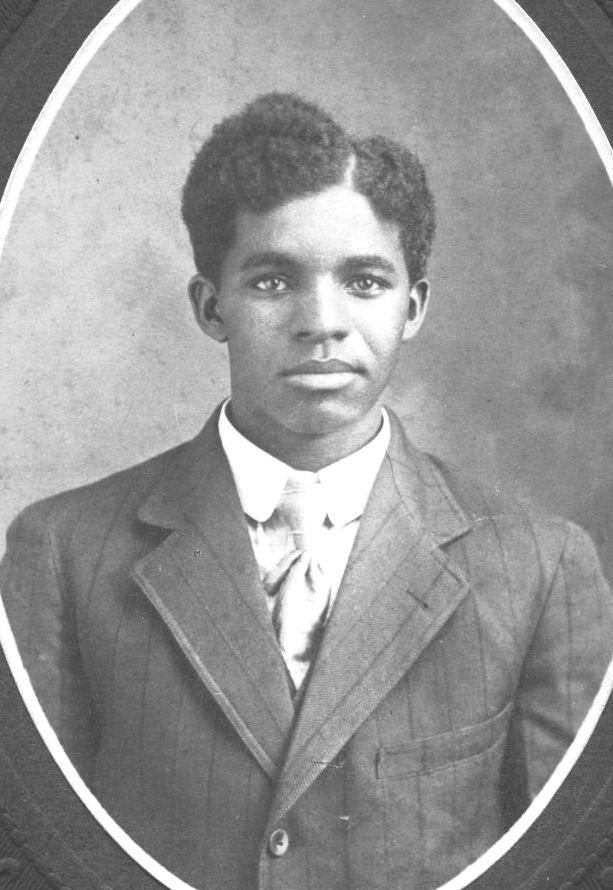 Many of the former slaves and free persons of color who lived in this community traced their ancestry back to bi-racial and tri-racial communities in North Carolina and Indiana. After the Fugitive Slave Act endangered many African Americans in cities throughout Southern Indiana and Ohio, these individuals traveled to Wisconsin, often with the help of the Quakers. The African American history of the Cheyenne Valley in the 19th century was largely unknown until recent years, and the marker was erected in 1997 by the Wisconsin Historical Society.

Part of the story behind the "lost" history of this community was the gradual integration that began long before slavery and continued as these bi-racial and tri-racial people of color continued to intermarry with people of European descent. One resident was on record saying, “we didn’t even know we were integrated, we just didn’t care about color.” The inscription on the historical marker is indicative of this orientation as it devotes most of its text to listing family names and personal histories.

As an example, the marker discusses the history of the Shivers family. Thomas Shivers and his family intermarried with the neighbors and owned a significant amount of land. Shivers was a former Tennessee slave who used the Underground Railroad to escape slavery before making his way to the Cheyenne Valley. Descendent Alga Shivers later became an integral member of the community. Alga Shivers was most famously known for building, “round barns,” which were considered, “novel and progressive,” and were common in the area.

The families came to the Cheyenne Valley because the state of Wisconsin resisted the terms of the Fugitive Slave Law of 1850 which required northern states to return escaped slaves to their former owners.