It all started because of a cemetery. The original cemetery commissioned for use by Fort Wallace in the 1860s was slowly deteriorating. The limestone walls were crumbling, headstones were falling over, and the eagle that was once proudly perched atop the cenotaph had mysteriously disappeared. A concerned group of citizens realized that if they didn't do something to preserve this vital piece of local, state, and national history, no one would. And so the Fort Wallace Memorial Association was born in 1925. In just a few years the limestone walls were erected again, and the cemetery received newly repainted headstones, complete with names, dates and causes of death where known. The Association then turned their attention to another need...the need to have a museum in which to display all the artifacts that had been collected throughout the years. The first museum was set up in the existing (but no longer used) Wallace County Bank. Later, in 1961, a limestone museum was erected on land that had been recently donated to the Association by Cecil and Lois Pearce. The Madigan family (for their story, see History) donated the original Pond Creek Stage Station and the Association acquired the Weskan Railroad Depot. Both buildings were relocated to where they sit now, on the west end of the museum. Over 40 years later, in 2002, the Fort Wallace Museum received funds from the Kansas Department of Transportation to build an outbuilding to house transportation exhibits from the Sunderland Foundation. Now, in the year 2017, the Fort Wallace Museum proudly maintains 5 separate buildings housing exhibits and the original Fort Wallace Cemetery. 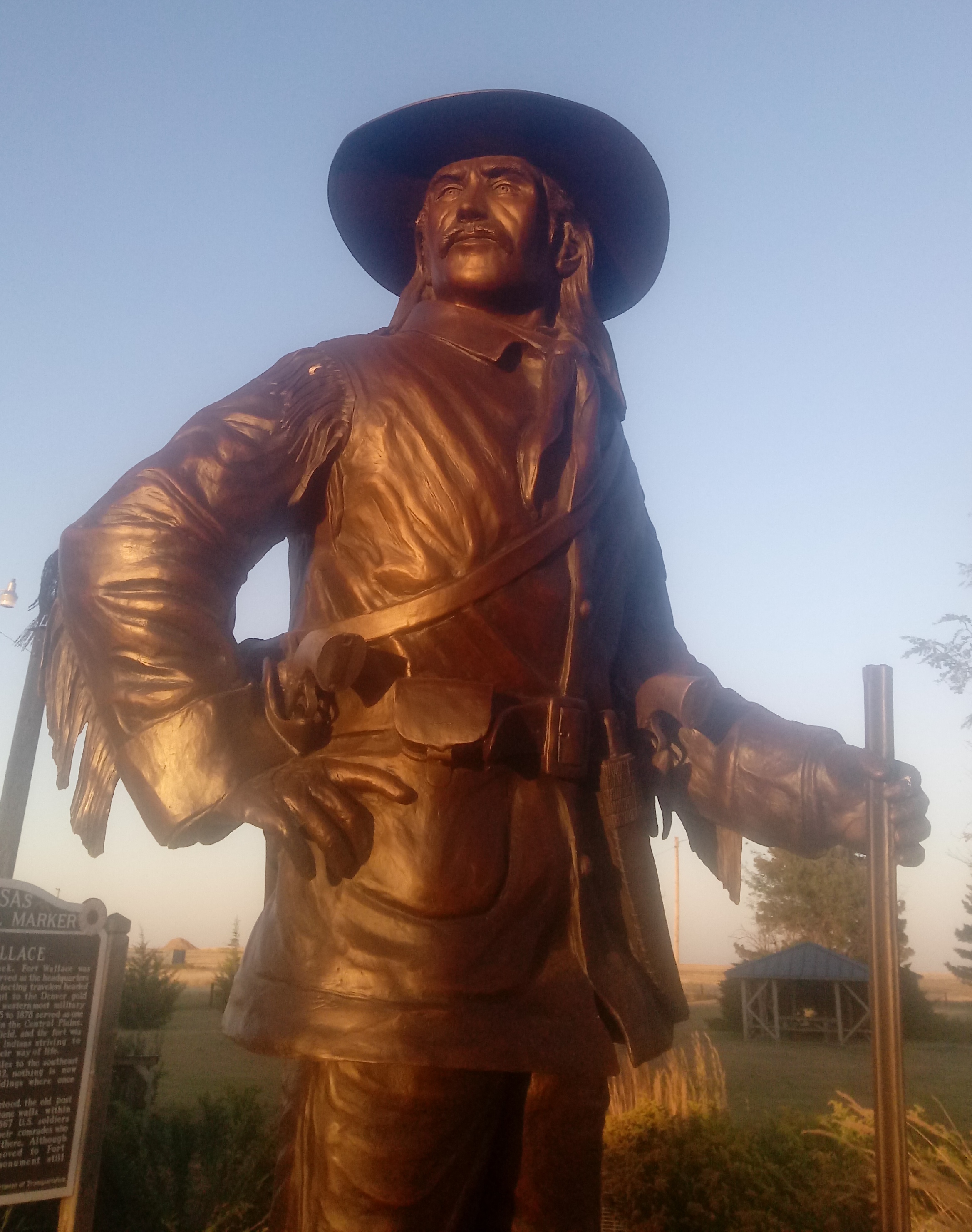 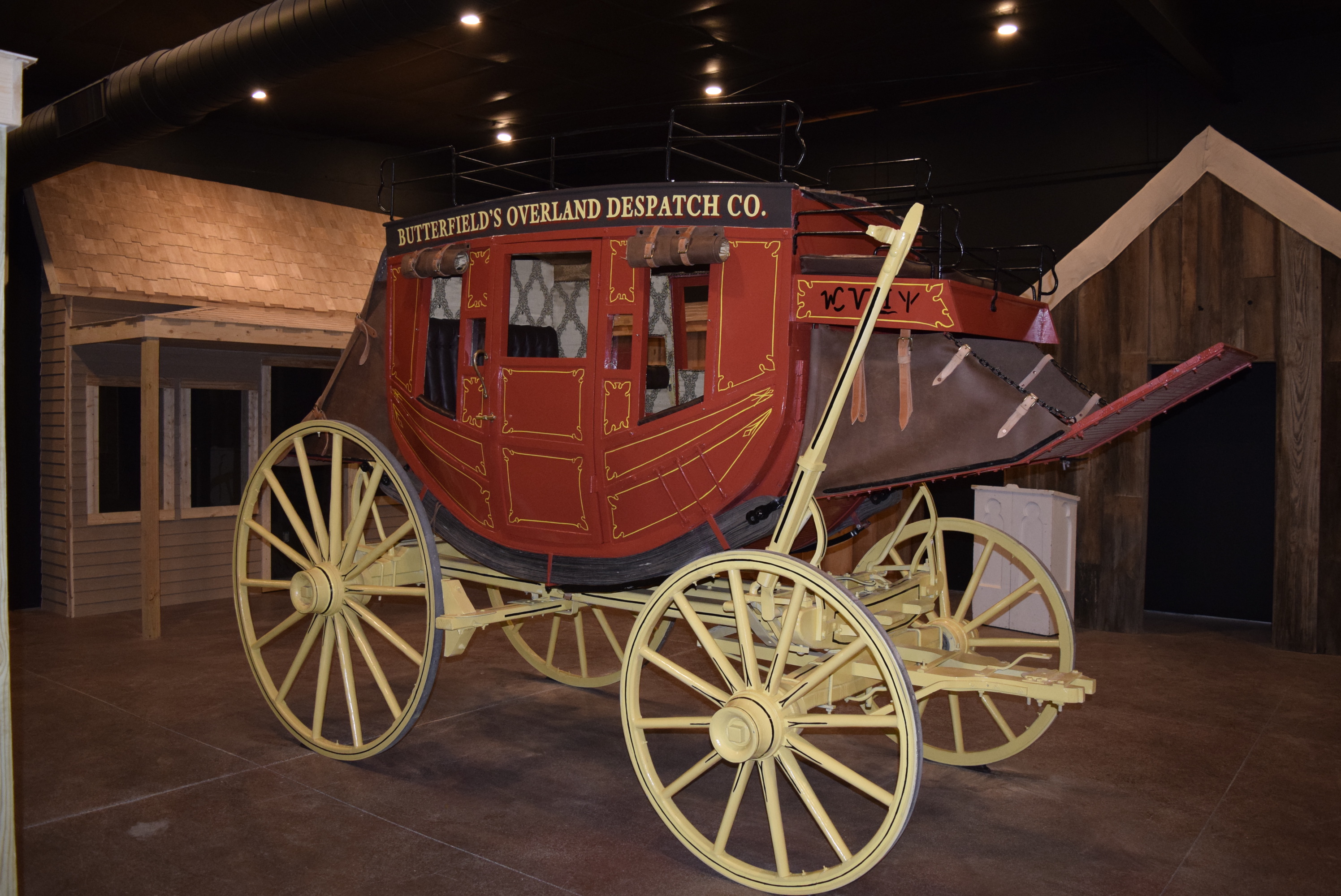 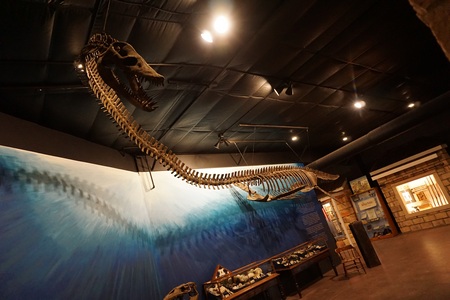 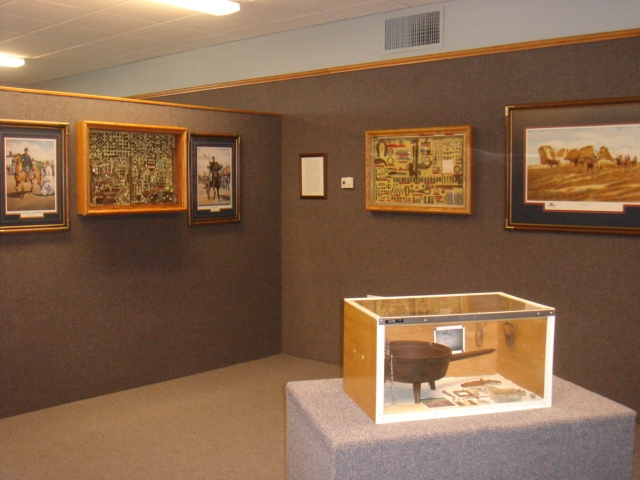 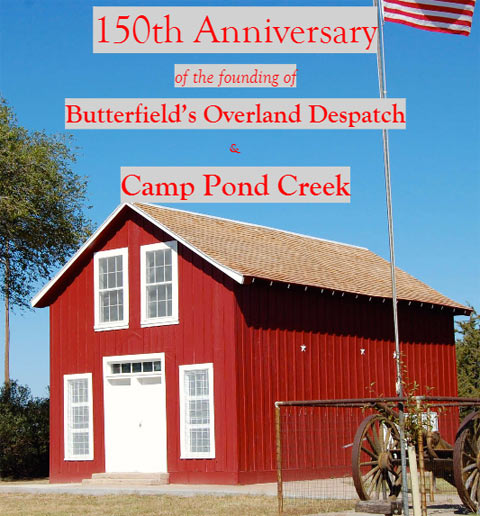 The Rhea Antique Pump Organ Museum is now housed at the Fort Wallace Museum. Over 50 some antique pump organs available for viewing. 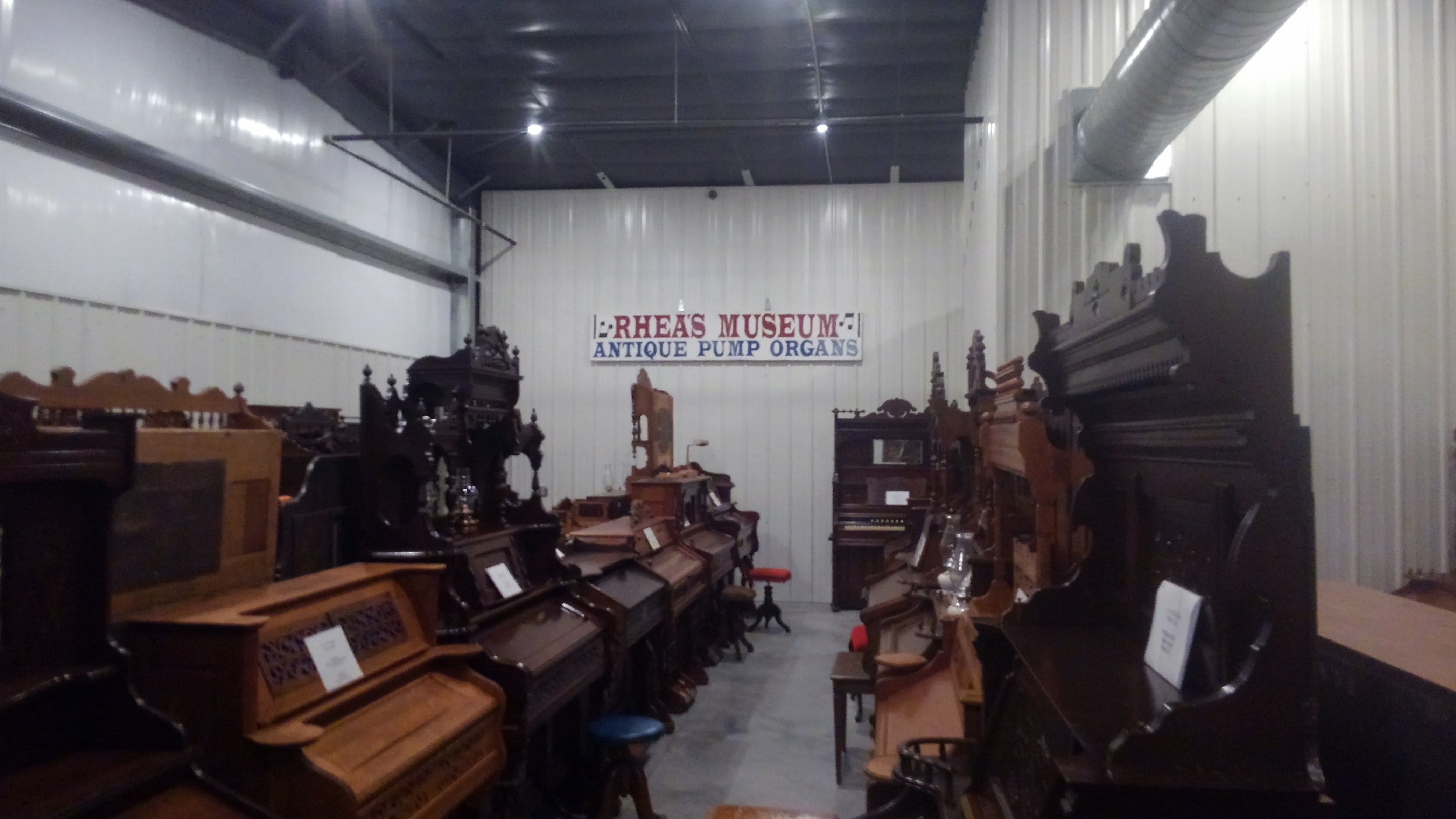 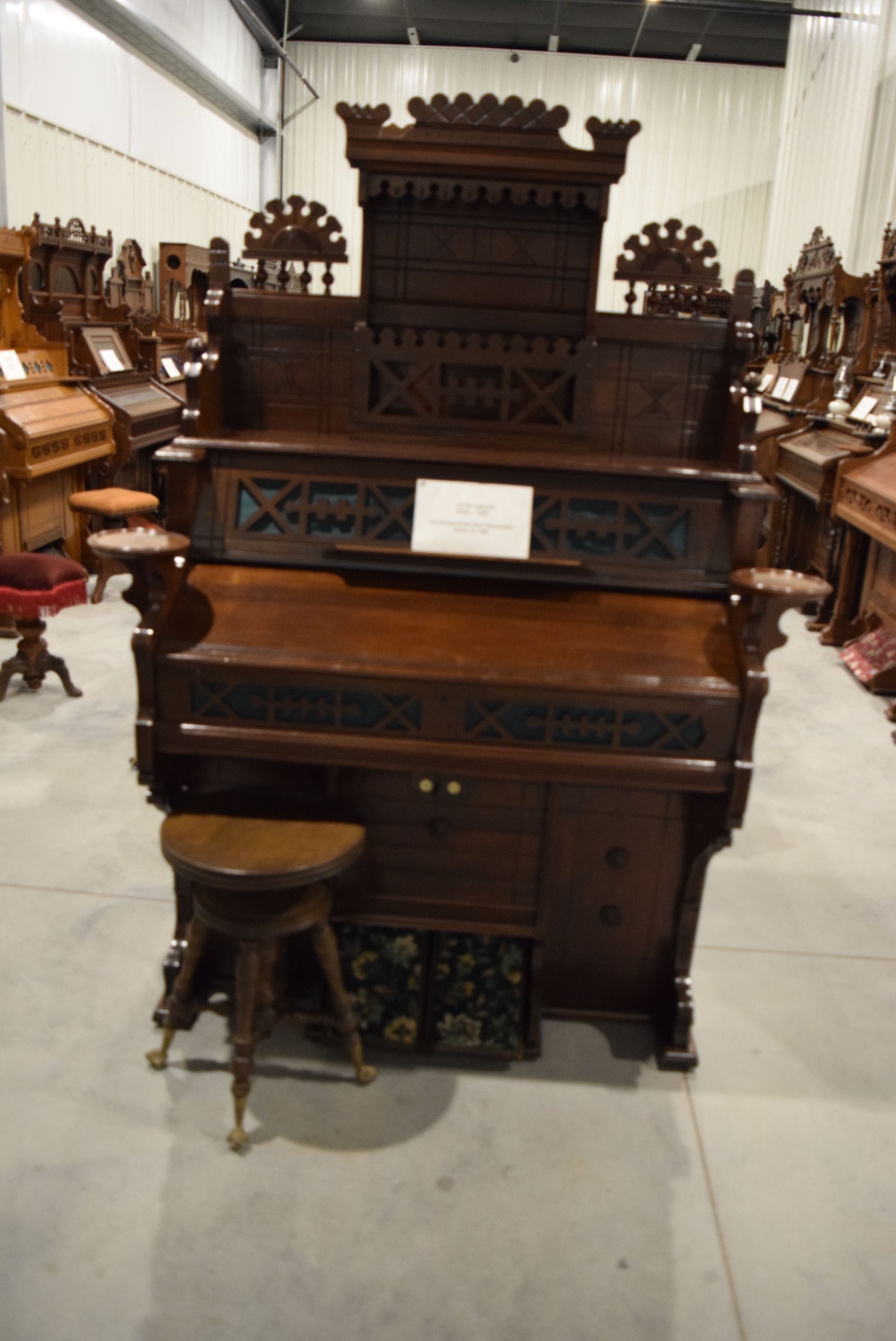 First used in 1865, the Butterfield Overland Despatch (BOD) was touted as the best mail route from Atchison to Denver, Colorado by its owner.  You could cross this great expanse of land for just $100. Stations were approximately 15 miles apart and were given different jobs.  One station would be a "home" station that would feed the travelers while "cattle" stations provided hay and "swing" stations provided fresh mules and horses.  The Smoky Hill Trail and the BOD greatly aided settlers in traveling over hostile Indian country. However, Indian raids became too frequent and there came a time when every wagon train had at least 22 wagons and 30 armed men.  Many of the stage stops along the BOD route were  connected to a fort for the safety and security that the military provided..

Wallace County had several BOD Stage Stops of its own. The most prominent, namely the Pond Creek Stage Station, was situated 1 1/2 miles west of present day Wallace.  A "home" station renowned for its food, this little stage stop saw so many Indian attacks that Camp Pond Creek, a military encampment, was situated right next to it.  When the BOD was sold to another company in 1866 (the Indian raids were so numerous by this time that the business had become unprofitable), Camp Pond Creek moved a few miles east to the Smoky Hill river and was renamed Fort Wallace in honor of W.H.L. Wallace, a general who died at the Battle of Shiloh.

Although Fort Wallace was no longer attached to the Butterfield Overland Despatch, soldiers stationed at Fort Wallace still had their hands full trying to protect those settlers who were moving through on their way west.  Many of the most prominent trails that pioneers used cut straight through the best buffalo hunting grounds. Indians, whose livelihood depended on the buffalo, did not treat the trespassers lightly. Instead, as buffalo began to scatter and become scarce, Indians began to view their new neighbors with something less than friendly eyes. This made the presence of Fort Wallace an absolute necessity. Although according to official counts (details of the number of men in each Company and Division were recorded every month, the number of men stationed at the Fort never exceeded 350, these soldiers saw more encounters with Indians than any other Fort, rightfully earning Fort Wallace the distinction of being the "Fightin'est Fort in the West."  General George Armstrong Custer was stationed at Fort Wallace and saw his first battle with the Indians not far from the fort.  Other great frontier men, such as George Forsyth, Buffalo Bill Cody, and Wild Bill Hickok, were also stationed at Fort Wallace at various times.