Cartaino S. Paolo's "Lincoln the Lawyer" statue has looked out over campus since 1949. Dedicated at the 140th anniversary anniversary of the 16th President's birth, it drew a great deal of curiosity from beyond the region, as it was the first statue of Lincoln to be unveiled in the former Confederacy.

The Lincoln the Lawyer statue as it appears today. 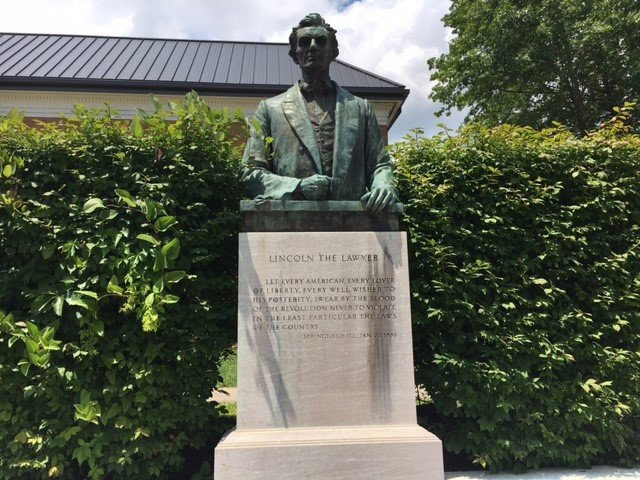 The unveiling ceremony of Lincoln the Lawyer in 1949. 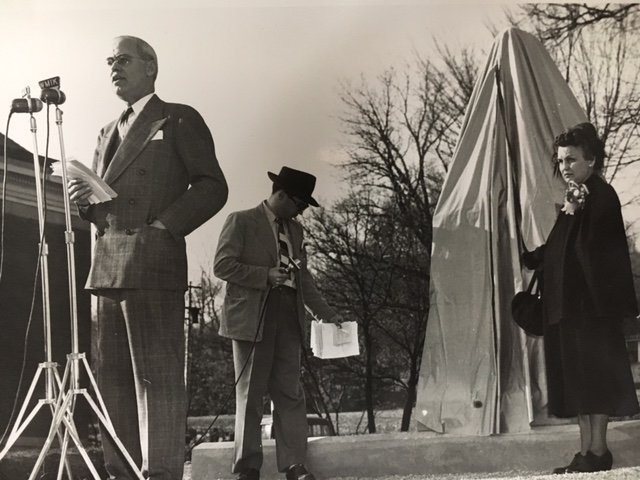 I am sending to you enclosed two photographs of my Lincoln, the lawyer, I am so happy that you thought that I have something in that Lincoln and I hope that
your kind interest in it may prove valuable to me some time. I am going to make new studies of Lincoln right along.

During my trip last winter I heard of a large statue that was to be erected in the memory of Lincoln. And certainly I am going to try to be the fortunate one to
get it. My trip ended with that terrible wave of heat that we had last June. I was in Kansas City then and the temperature was about a hundred degrees for several days, so I did not think it wise to proceed therefore I came back. Although my trip was not very successful financially, still I got some encouragement financially and otherwise to want to proceed next fall unless I get some work at home. It is nice to go around and hear of different things and meet different people and make new acquaintances. This is one of the things that I need most.

In the past period of my career I have been fortunate enough to be kept busy, more or less, in a quiet way, and I did not strive for bigger things, being contended with what I had. Strange as it may seem I have more desire and ambition to do things now than in my younger days. I feel that I have something to give and I am going to try ray best to give it.

I am enjoying the Lincoln lore that you are sending me, for which I want to thank you very much. Hoping that you are having a nice summer and that I will have the pleasure to see you again soon, I beg to remain