From its creation in 2003, the Old Court House Civil War Museum works to preserve and share the history of northern Virginia within the Civil War through the preservation of artifacts, creating and curating exhibits, and sponsoring a variety of special programs throughout the year. The museum may be most famous for its displays of "historical graffiti"-names and other information carved into walls by soldiers as they served as part of the Union and Confederate garrisons that occupied the city of Winchester. This northern Virginia city was in the midst of the conflict, changing hands between Union and Confederate soldiers over seventy times during the war. The museum is also home to the Ridgeway Civil War Archive. The museum is located in a former courthouse that was constructed in 1840.

This local Civil War museum is located in a historic courthouse that was built in 1840. 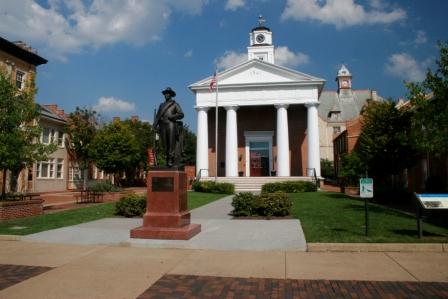 Relics from the Ridgeway Reference Library 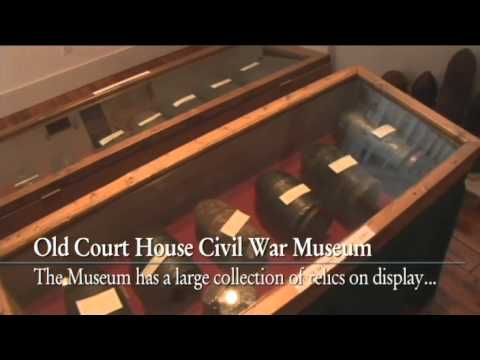 The Old Court House Civil War Museum used to be just that, a court house for the counties of both Winchester and Frederick.  Over the years the museum has been used for numerous purposes such as: a court house, hospital, prison, and finally museum.  The building was made a museum in the year 2003.
The museum can be enjoyed by all ages and contains a variety of archives and historical research, including soldier's graffiti. Special Events are often held at the museum, and may be viewed via the calendar on their website.