On June 10, 1882, Pete Vinegar, Isaac King, and George Robertson were lynched on the Kansas River bridge. A mob of fifty to two hundred people broke into the Douglas County Jail, where the three men had been taken after being arrested for murder. Vinegar, King, and Robertson, all African Americans, were dragged to the Kansas River and hung on the bridge. There was no evidence that Pete Vinegar was involved in the murder at all. The Lawrence sheriff did little to stop the lynching.

The Kansas River bridge as it appeared in 1880, about the time of the lynching. 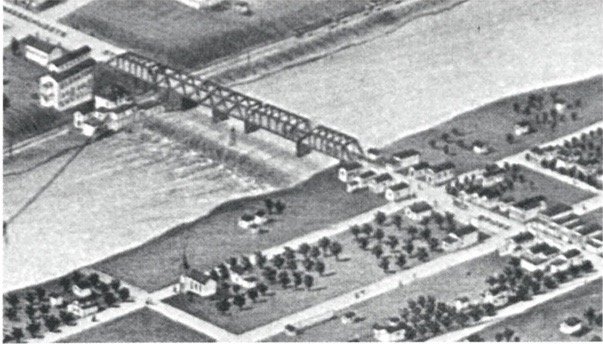 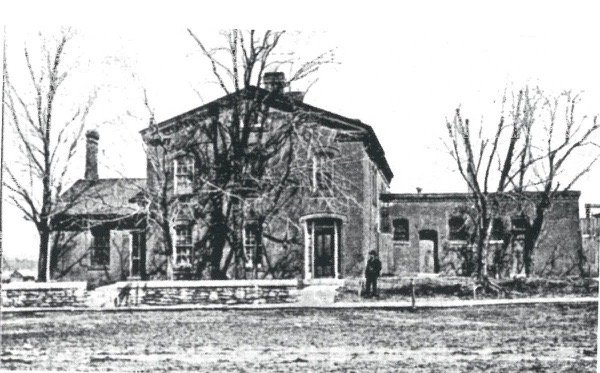 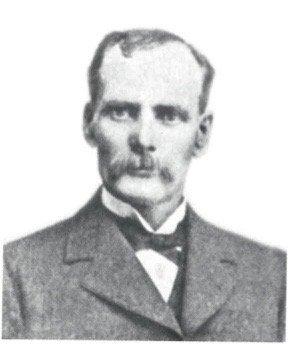 "The Vinegar den" was notorious in Lawrence. Pete and Eliza Vinegar, African American freed slaves from Arkansas, had seven children. Pete worked as a handyman to support his family, but there was never enough money. Eliza's death in 1873 further impoverished the family. The older children tried to get work, but due to their reputation, no one wanted to hire them. The oldest daughter, who was fourteen, Margaret "Sis" Vinegar, turned to prostitution.
On May 31, 1882, David Bausman, a forty-two-year-old white man, arranged to meet Sis by the river that night. It was not the first time he had employed her services. Sis told her boyfriend, George Robertson, about the meeting. Knowing that Bausman was wealthy, George and his friend Isaac "Ike" King made a plan to rob Bausman that night while he was occupied with Sis. They told several people their plans, including four children.
When Sis and Bausman met that night, Ike and George assaulted him from behind. They intended to knock him out, grab his wallet and leave, but Bausman fought back. Ike and George beat him repeatedly with a crowbar and a club. Sis begged them to take the wallet and go, but it was too late. Bausman was dead. The two men took his wallet and threw the body in the river. Then they and Sis returned to the Vinegar home.
There were four witnesses to the murder: the four children to whom Ike and George had told their plan. In such a small town, it wasn't long before the law enforcement knew who had committed the crime. George and Ike were arrested, and an inquest was held on Sunday, June 6. Three of the children testified, as well as Pete Vinegar, who said he hadn't known anything about the murder until the day before. Sis denied she had been at the river or that she had ever seen Bausman at all. A further preliminary investigation a few days later determined that George, Ike, Sis and Pete would be held in custody without bail before standing trial for first degree murder. The only evidence against Pete was that he was in the wrong place at the wrong time.
On Friday, two reporters for the Lawrence Daily Journal heard a group of men talking about a lynching. They went to Sheriff Asher, but he thought a lynching was very unlikely. Unfortunately, he was wrong.  A large group of men — between fifty and two hundred — gathered in front of the jail that night. Some were disguised with scarves over their faces or smeared ash, but others made no attempt to disguise themselves. Using crowbars and sledgehammers, the mob broke into the jail and hauled out the three men. They were dragged to the bridge, just yards away from the beginning of the whole tragedy, and hung.
The next day, June 10, an inquest was held. The undersheriff testified that he might have recognized some of the men in the mob but couldn't be sure because of the masks. Sheriff Asher admitted that he may have seen some men that he knew, but he couldn't remember. This was the morning after the lynching.
Although literally hundreds of people knew who had been there that night — and three of the witnesses did give specific names — no one ever stood trial for the lynching.
Sis Vinegar was sentenced to life in prison for the murder. A lawyer, John Waller, tried to get her released, but in prison she contracted tuberculosis. She died in Lansing Prison at the age of twenty-one.