Vault Hill is a family cemetery located in Van Cortlandt Park in the Bronx. The park is named after the Van Cortlandt family, who played a major role in developing New York from a colony to a state. A portion of the land where the park is located was first purchased by Jacobus Van Cortlandt in 1694, and additional land was acquired overtime. It was Jacobus' son, Frederick, who started the family cemetery, as he was the first Van Cortlandt family member buried there in 1749. The cemetery continued to serve as a family burial ground until 1888 when the City of New York acquired the land. 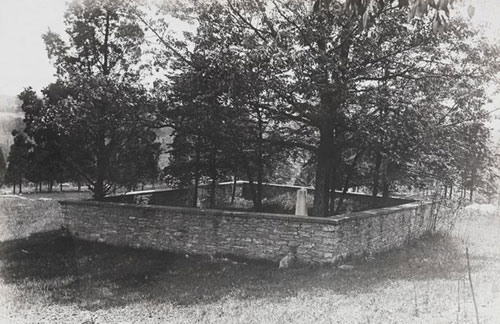 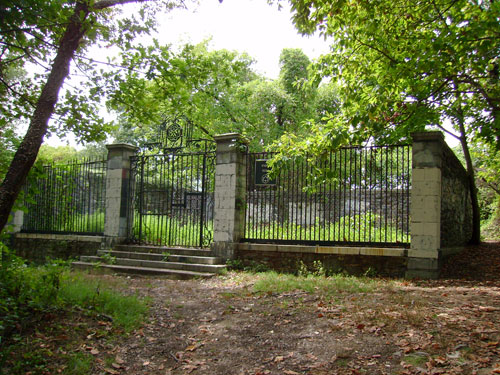 The land where Vault Hill is located was once occupied by Weekwaeskeek Indians. Eventually, colonists settled the area, and in 1694, Jacobus Van Cortlandt bought much of the land that makes up Van Cortlandt Park in the Bronx today. Jacobus was from a wealthy merchant family that would play an important part in the development of New York. In fact, Jacobus served as the 30th and 33rd Mayor of New York.

Over time, Jacobus acquired more land around the property he already owned in the Bronx. His son, Frederick, received part of this land. Frederick began building a house there in 1748, but he died before the house was completed in 1749. In his will, he included orders to build a family vault. Frederick was the first family member buried in the vault.

The vault served as the family burial ground for the Van Cortlandts until 1888. That year the Van Cortlandt family land, along with the vault, was purchased by the City of New York to be used as a city park. Over the years, particularly in the 1960s, the vault was vandalized with many of the gravestones being removed. The fault can be found on a ridge sitting atop the Parade Ground to the south.