Completed in 1898 for Patrick Clark, this historic mansion is one of the grandest homes in the Pacific Northwest and features twenty-seven rooms. Clark owned a variety of mining operations and commissioned the famous Spokane architect Kirtland Cutter to design his mansion in 1889. A variety of architecture styles went into the final design as a result of Cutter's study of designs throughout his travels in Europe. Each room features a unique design. Today, the historic mansion is home to law offices on the second and third floors, while the first floor can be reserved for events.

Undated Photograph of the Clark Mansion 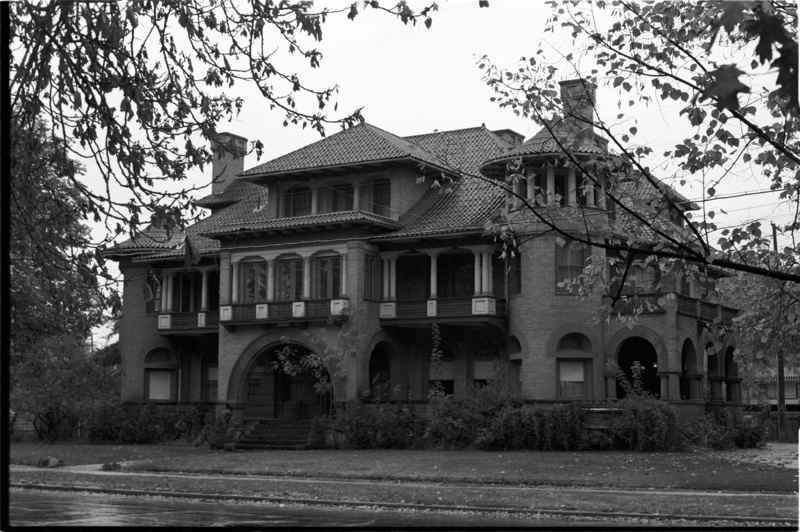 A View of the Dining Room 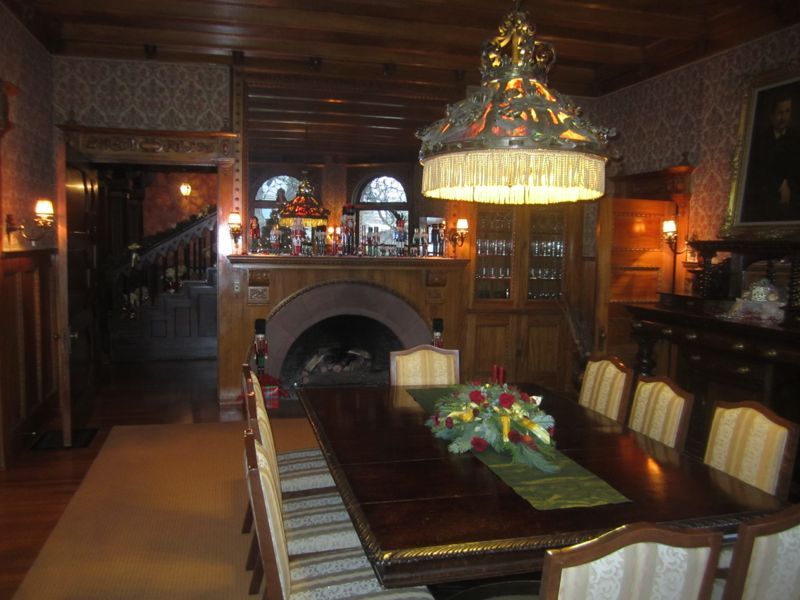 Patrick Clark arrived from Ireland in 1850, and made his way from New York to California with the promise of employment in the mining industry. Clark excelled in mining management and worked cites ranging from California to Montana acting as an investor and general manager. Eventually, he came to settle in Spokane in 1889. One of the richest men in the Western states, he commissioned the famed architect Kirtland Cutter to build him a mansion.

Patrick Clark sent Cutter to Europe for inspiration and materials. For Clark, money was no object, making him an ideal client for Cutter. The house boasts a Moorish-Spanish style with lavishly decorated interior. The sandstone for the walls was imported from Italy then worked into bricks in St. Louis, MI. The metalwork - all manner of candlestick, chandelier, and lamps - came from New York, and fireplaces were chiseled onyx. The construction of the lavish mansion totaled thirteen million dollars in 1898, the rough equivalent of three hundred and fifty million dollars today. The house stands three and a half stories tall, covers twelve thousand square feet, and includes a rear stable area. During their time there, the Clarks were renowned hosts and held lavish parties.

Patrick Clark died in his mansion in 1915. His wife, Mary, continued to live there until her death in 1926. The property was then sold to an investor named Eugene Enloe, who in turn sold it to a third party. The mansion continued to change hands for a number of years, slowly falling into dilapidation and was at one point slated for demolition. In the 1970s the current owners began to restore the home, and with the help of the city, the building became the Francis Lester Inn. It was added to the National Register of Historic Places in 1975.
In 1982 the building changed hands and became the high-class dining experience known as "Patsy Clark's Restaurant." This operated with success for twenty years until the building was again sold, this time to a law firm. The firm - Eyman, Allison, Hunter, and Jones - completely restored the building to its former glory and operate offices on the second and third floors. The first and main floor can be rented for private events such as parties, luncheons, and weddings.

Rumors have circulated about the Clark mansion being home to hauntings, although details are scarce. Although no recorded tragedies have taken place there, employees have reported erie feelings, voices, and even the dramatic movement of objects such as a bottle of wine. Some employees even refuse to enter the basement owing to dramatic rumors.