This historic house was built in 1898, and is has been under the care of the Northwest Museum of Arts and Culture since 1984. Designed and built by Kirtland Cutter - Spokane's leading architect of the time - the house is a fantastic glimpse into "Spokane's age of Elegance." The house was commissioned by millionaire miner Amasa Campbell for his wife, Grace. The house was left to their daughter Helen, who donated the building to the Eastern Washington Historical Society in 1924. Guided tours are available of the Tudor style home, with entrance included in admission for the Northwest Museum of Arts and Culture. 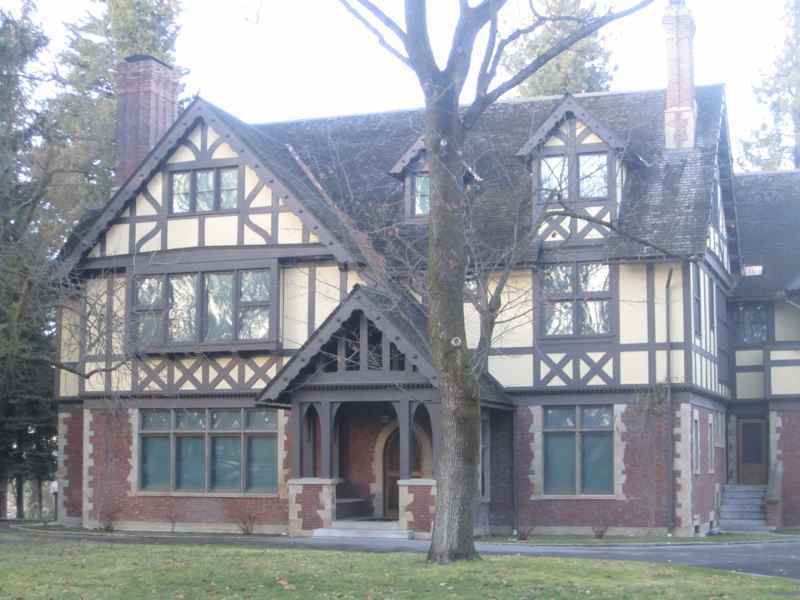 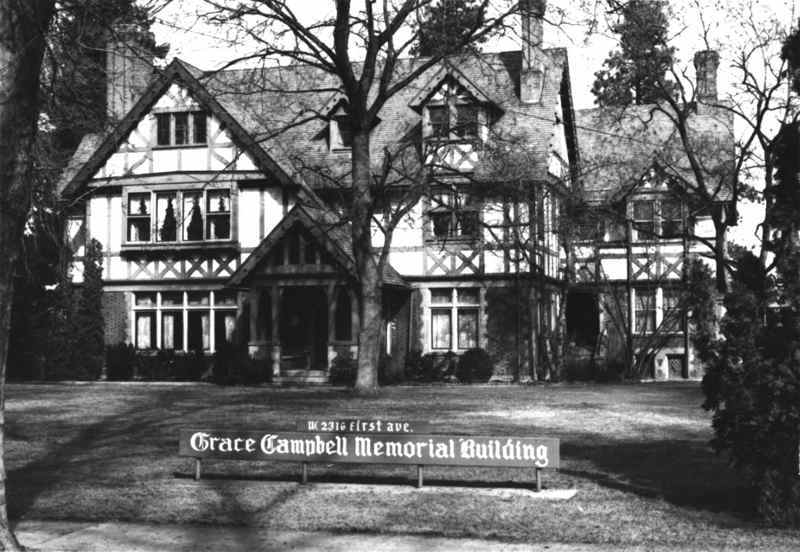 Amasa B Campbell was born April 6th, 1845, in Salem, Ohio. He began working at fifteen in the wool and trade commission, and by 1867 he was working on the Union Pacific Railroad. In 1871 he took a job mining in Utah, and in 1887 he moved to Spokane where he would settle. He married his wife Grace - whom the house is named for - in 1890. Campbell went into business with a man named John Finch upon moving to Spokane, and the two of them established two very successful mines near Wallace, Idaho. They sold their Standard and Mammoth mines to joint company managed by the Rockefeller and Gould families in 1903. They received three million dollars - the modern day equivalent of seventy five million.
Amasa Campbell commissioned Kirtland Cutter to design, build, and furnish the home which was completed in 1898. The estimated cost of construction was seventy thousand dollars, which now translates to about two million. Although the restoration efforts by the MAC (Museum of Arts and Culture) have been a resounding success, the original furniture was sold before the restoration progress began. Using photographs, the MAC has done it's upmost to re-create the interior of this elegant house.
The house was built to reflect the financial and social standing of the Campbell's, as well as their cultural refinement. The house sports a unique, French rococo reception room. The room, situated off of the entry hall, is adorned in gold leaf and is where Grace Campbell would receive her women visitors. In order to be "socially correct," each woman would leave a calling card and two of her husband's business cards.
The house is very large, sporting nineteen rooms in total and occupying six city plots. It was constructed with - at the time - state of the art utilities. There was a dumbwaiter, a walk in ice-box (freezer), hidden radiators for warmth, and a signaling system to communicate with servants. The homeowner's relied on a host of servants to run the house, and Amasa had a button installed at the head of his dining room table. This way he could buzz the servants for the next course instead of actually speaking to them. Among Spokane's elite, this was a prized amenity. A stable was attached, where they employed a coachman; the servants quarters were discreetly tucked away from the main of the house.
Amasa Campbell died in 1912 of throat cancer. He left the house to his wife Grace, who remained there with their daughter, Helen. The house was used for both Amasa's funeral, and Helen's wedding. Helen married William Powell in 1917 and took his last name. Grace Campbell died that same year, leaving the house to her daughter and son-in-law. Helen Powell then donated the home to the Eastern Washington State Historical Society in memory of her mother. The home was heavily modified in the following years, with the servants quarters being converted to caretakers apartments. The stairs were relocated, and a hallway was built between the house and the museum next door. The home stood as an art gallery for thirty years, until Helen Campbell Powell paid to begin restoration of the walls.
In 1974 the house was added to the National Register of Historic Places, and restoration took off. The modifications were reversed, original tile and wallpaper was discovered and duplicated, and the Campbell house swung back into the 19th century. Today the house stands as a near perfect glimpse into Spokane's historic elite.