Basilica of the Sacred Heart of Jesus

Designed in the French Romanesque style by architect W.T. Downing, the Basilica of the Sacred Heart of Jesus has been an important center for Catholic religious, educational and cultural life since its inception in 1898. It is a striking red-brick building, featuring arched windows and doorways, stained glass windows, and two towers that reach a height of 137 feet. It was added to the National Register of Historic Places in 1976. 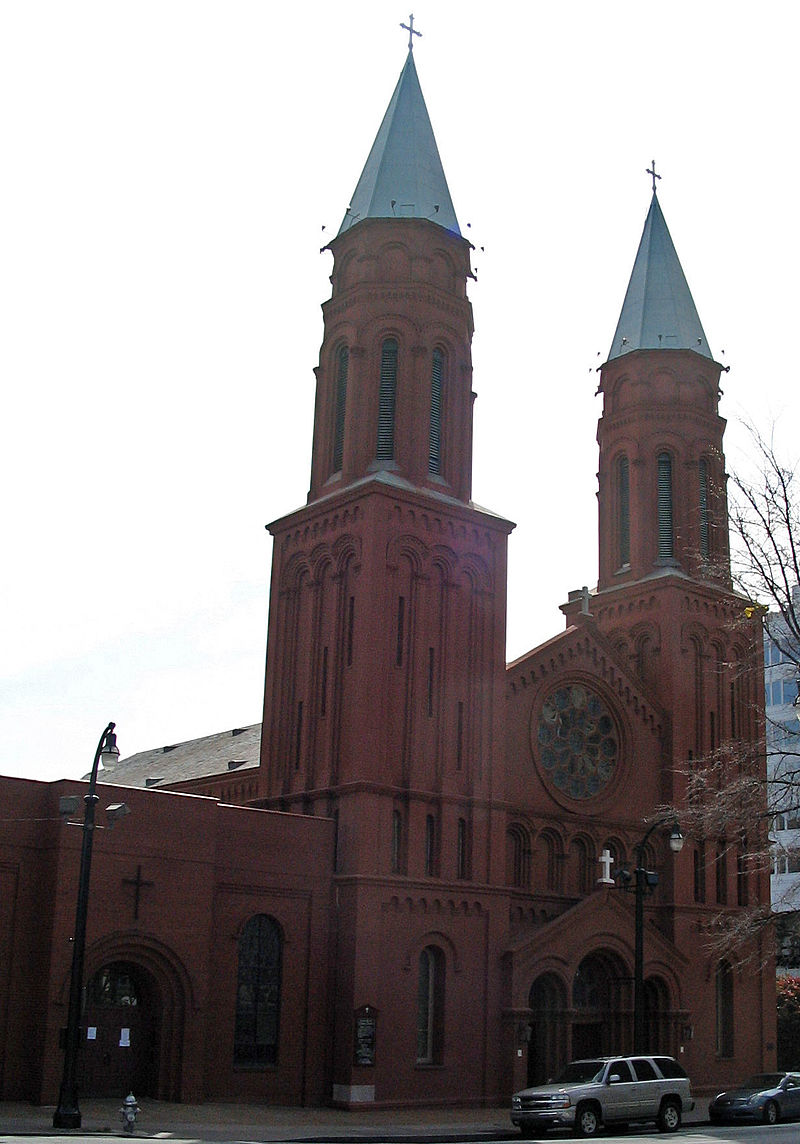 The first Catholic church in Atlanta was founded in 1869, what is now the Shrine of the Immaculate Conception. It became the "mother" church for other parishes including Sacred Heart. Founded in 1880, Sacred Heart was its first "daughter" church and initially called Saints Peter and Paul. The Fathers of the Society of Mary (known as Marist fathers) arrived in the late 1890s and soon started the process of building the current church, as they found Saints Peter and Paul too small and inadequate for the growing Catholic community. They renamed the parish Sacred Heart Church. The Marist Fathers eventually transferred management of the church to the archdiocese in the 1960s. Upon being designated a minor basilica in 2010, the name was changed to its current one.

"About Sacred Heart." Basilica of the Sacred Heart of Jesus. Accessed October 7, 2017.  http://www.sacredheartatlanta.org/about-sacred-heart.html.