Located in the historic Wimbish House, the Atlanta Women's Club has been a vital, driving force in the city's social, cultural and economic development. It was founded in 1895 after a meeting of the General Federation of Women’s Clubs, which was held at the Cotton States Exposition in Piedmont Park. The club's members have participated in numerous philanthropic and community-related activities in educational, arts, and civic areas. During its first two decades, the club played an important role in establishing the airport (now the busiest in the world), a mobile library, the first art gallery (in the Wimbish House), the city's kindergartens (by advocating they be incorporated into the public school system), Tallulah Falls High School, and many others. The club continues to be a vibrant and vocal force in the city.

The Wimbish House was built in 1906 and became the headquarters of the Atlanta Women's Club in 1919. 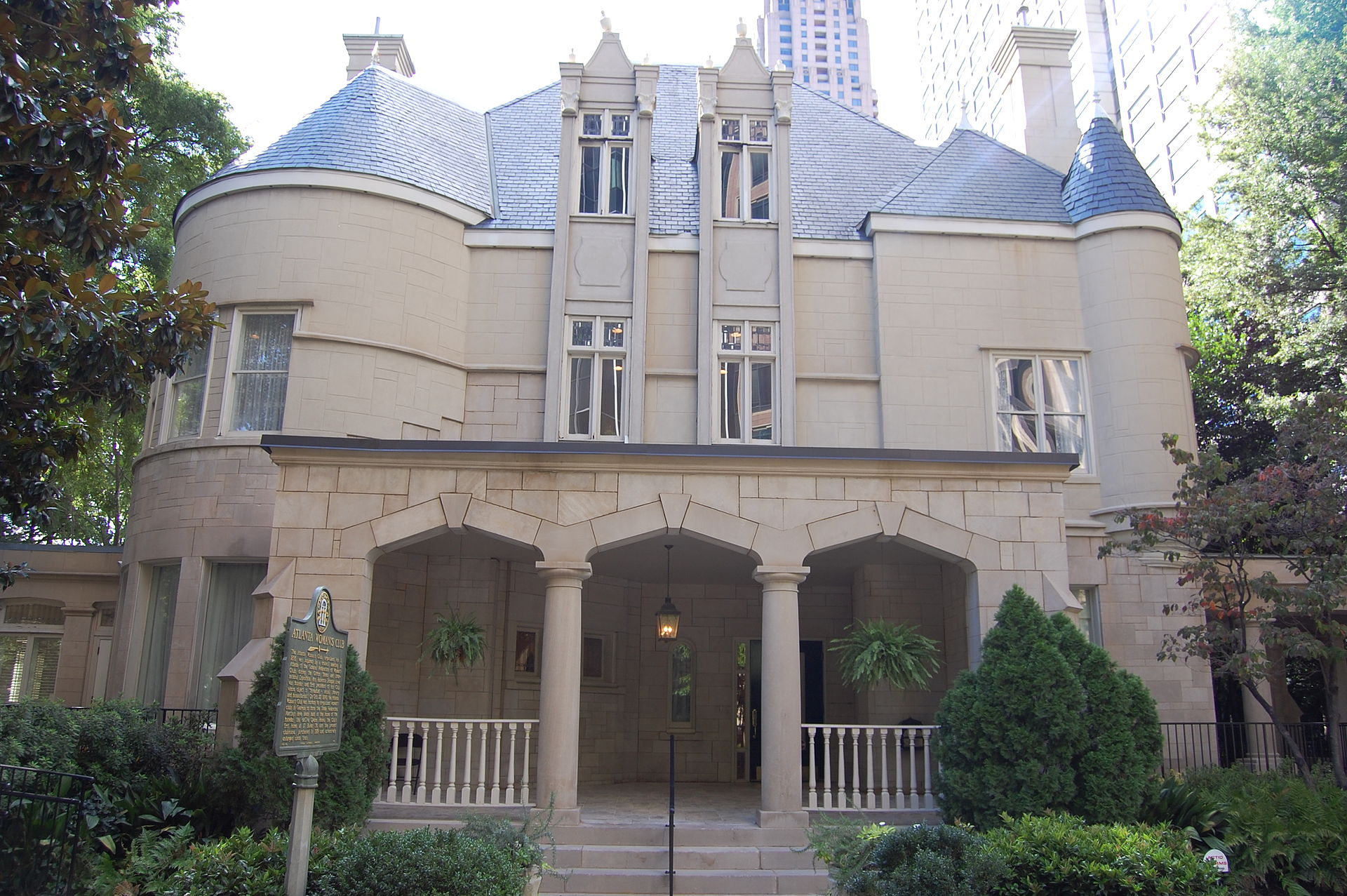 Also known as the "Old Lady of Peachtree", the Wimbish House was built for William Wimbish and his family in 1906. They lived there until 1919 when the Women's Club bought it. Its design was inspired by their French friend's home and as such resembles a French chateau. It was added to the National Register of Historic Places in 1979. It is available to rent for a variety of functions including weddings and bar mitzvahs.