This historical marker affixed to the eastern wall of the Atlanta Marriott Hotel building indicates the location where St. Joseph's Hospital, the city's first hospital, was established. Four nuns of the Sisters of the Religious Sisters of Mercy Order, which was founded in Ireland in 1831, arrived from Savannah to establish the hospital. It was a small facility with only ten beds. It would eventually grow to encompass the entire block before moving to Sandy Springs, a suburb north of the city, in 1978. From the outset, the hospital earned a reputation of providing excellent care and being committed to the poorest and sickest patients in the city. Its name was changed from Atlanta Hospital to St. Joseph's Infirmary in 1900. It received its current name also in 1978.

On April 21, 1880, St. Joseph's Hospital, initially called Atlanta Hospital, was founded at this location. It was a small building with only ten beds, but would grow to what it is today. 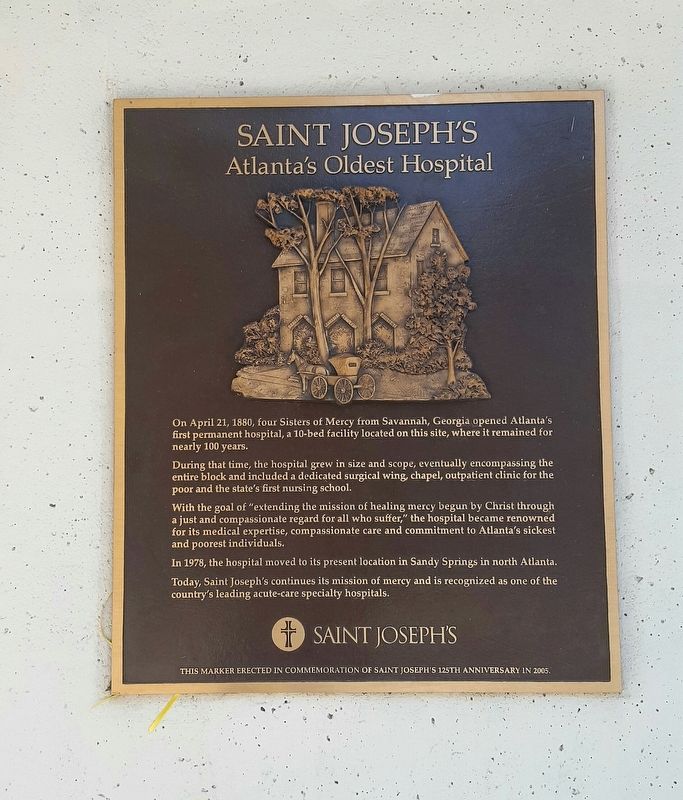