Located across the street from the Tallahatchie County Courthouse where the trial of Emmett Till's killers occurred in 1955, the Emmett Till Interpretive Center is the result of a multi-year campaign to share the history of the events surrounding the murder of Emmett Till, the failure to convict his killers, and workd towards racial healing. The center offers tours of the courthouse along with exhibits and programs related to this important chapter in American history. 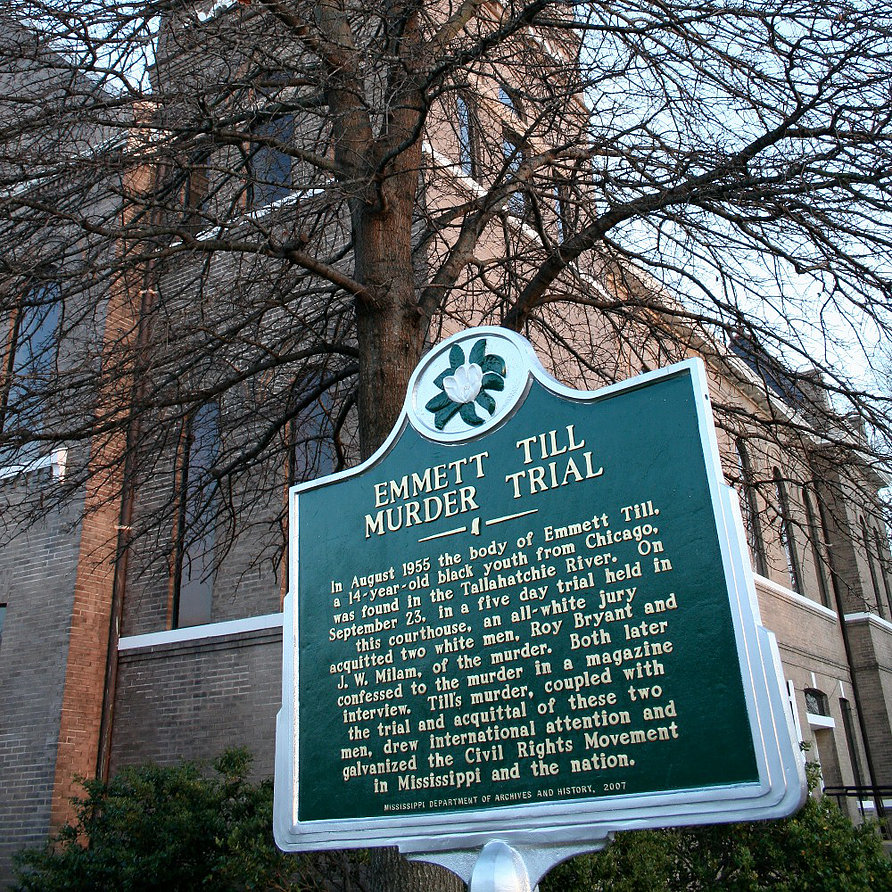 A picture inside the courthouse 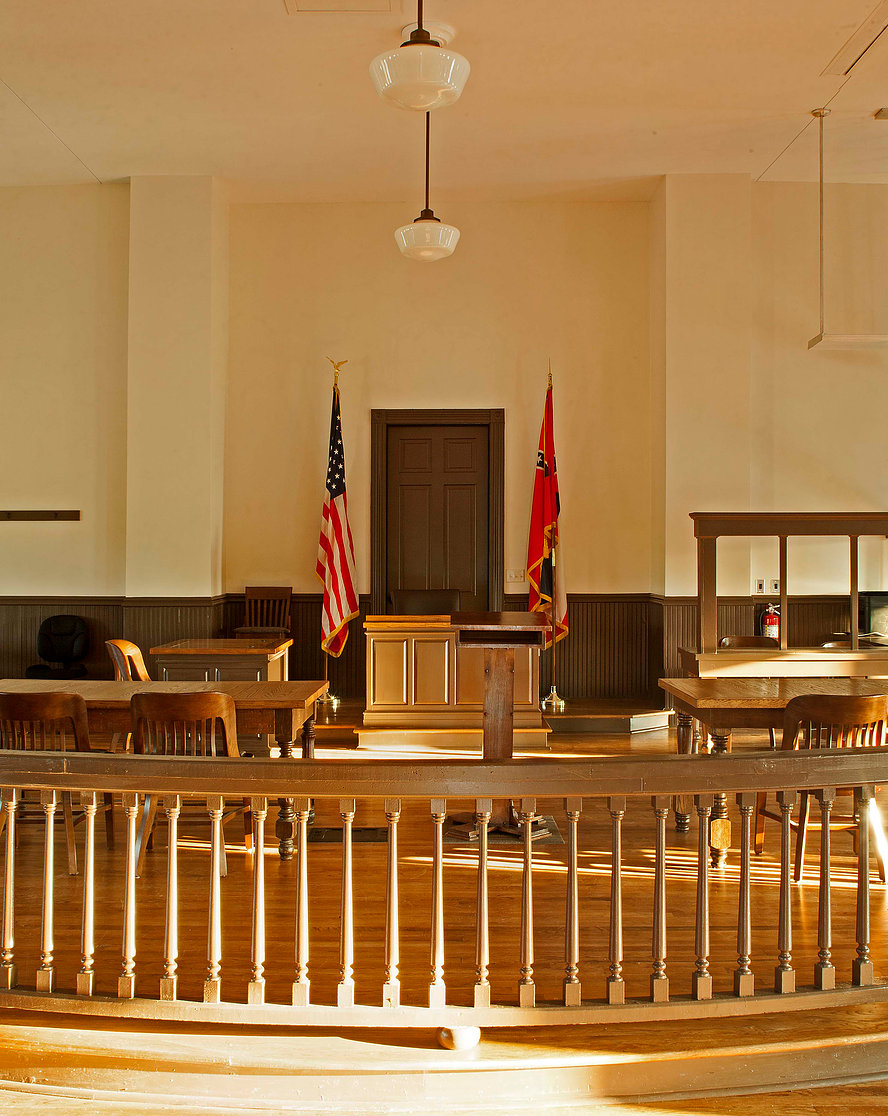 The outside of the courthouse in Sumner, Mississippi 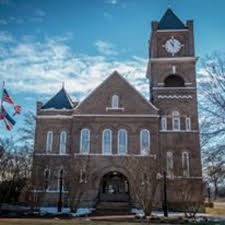 This photo was taken in 1955 during the trial. While white citizens were able to sit in the shade of a nearby tree, African Americans sat around the Courthouse's Confederate monument 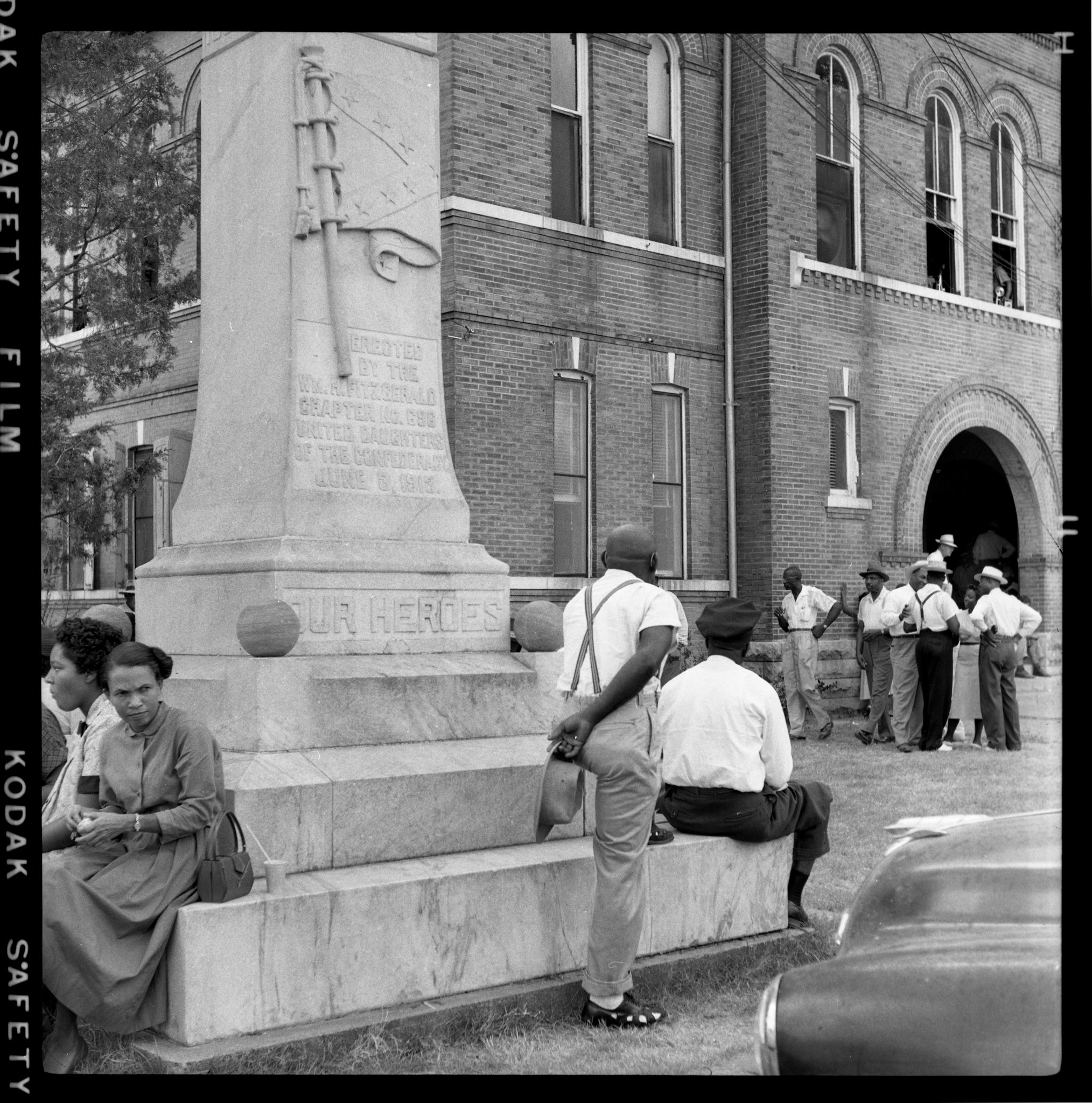 Fourteen-year-old Emmet Till was visiting family in Money, Mississippi when he was brutally murdered on August 28, 1955. His killers saw their actions as "retribution" for Till, an African American from Chicago who was accused of flirting with a white woman four days earlier. His assailants–the white woman’s husband and her brother–made Emmett carry a 75-pound cotton-gin fan to the bank of the Tallahatchie River and ordered him to take off his clothes. The two men then beat the boy nearly to death before gouging out his eyes and then shooting him in his head. The murderers then threw Till's body, still tied to the cotton-gin fan with barbed wire, into the river. Despite strong evidence, including those who heard the accused bragging about their crimes, the jury delivered a not-guilty verdict. Following the trial, both men publicly admitted that they had killed Till in a nationally-published article in Look Magazine.