Resembling a castle with a stone wall exterior and four turrets, Quinlan Castle is certainly one of the more unique buildings in Birmingham. Designed in the Romantic Revival style, it was built in 1927 as an apartment building. It is believed that its builders, two doctors, were inspired by the castles they saw in Europe. Quinlan Castle is also an early example of a multilevel apartment in Birmingham. It was added to the National Register of Historic Places in 1984.

Quinlan Castle was built in 1927 and is today owned by the Southern Research Institute. 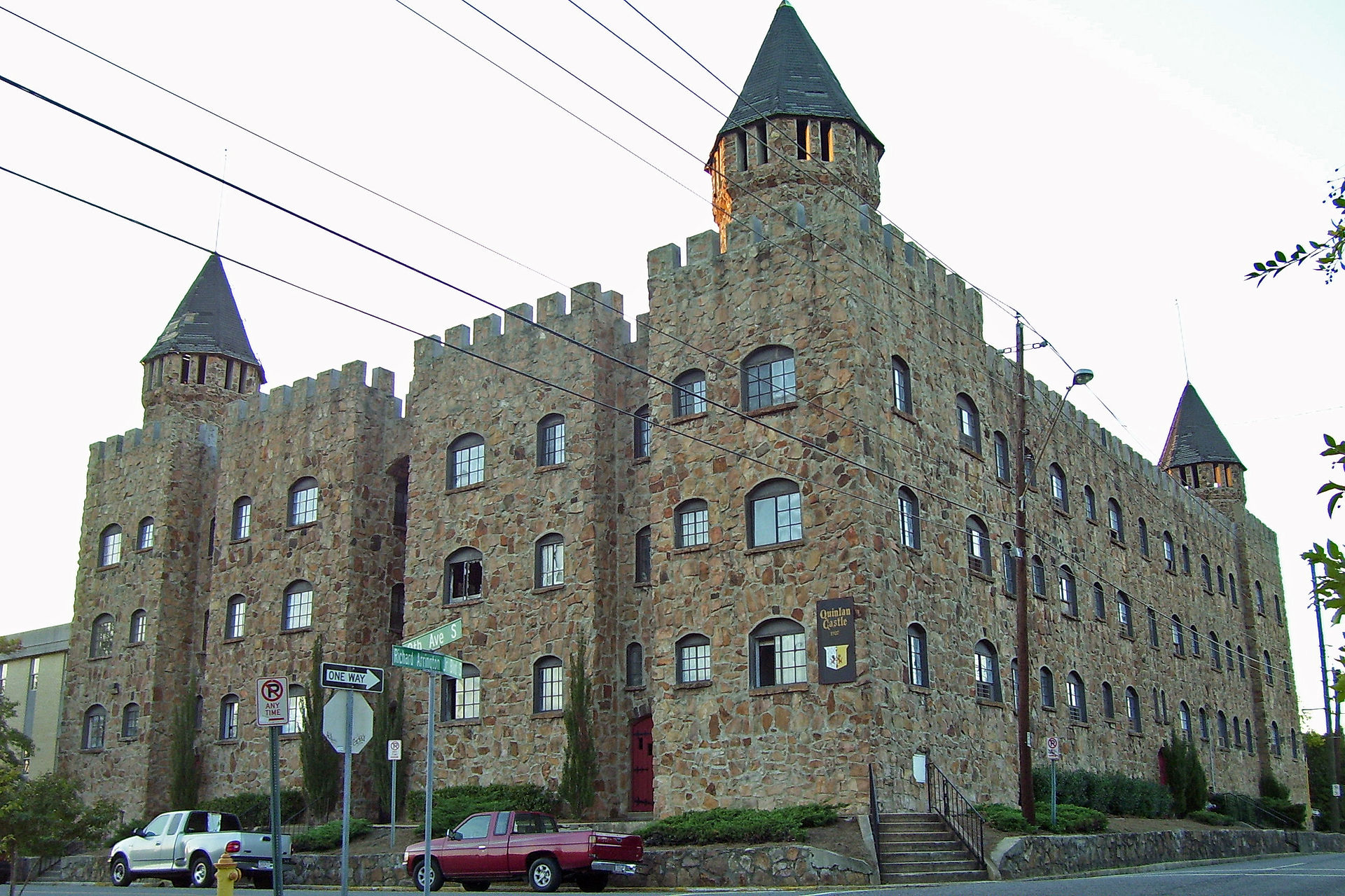 Quinlan Castle was vacant beginning in the 1990s before being bought by the Southern Research Institute, whose corporate office is located just down the street on 9th Avenue, in 2008. In 2014, the Institute announced a $10 million plan to convert the building into a mixed-use facility.