The New York State Military Museum and Veterans Research Center strives to preserve and share the story of those who served in the military from the state of New York. The archives holds thousands of volumes of military history, an array of photographs, historic maps, and over 2,000 oral histories from veterans. The museum has more than 25,000 artifacts including uniforms, weapons, fine art, and the largest display of state battle flags in the nation. New York State played an important role in the history of the United States' military history, and the New York State Military Museum honors the legacies of the valiant men and women who served. 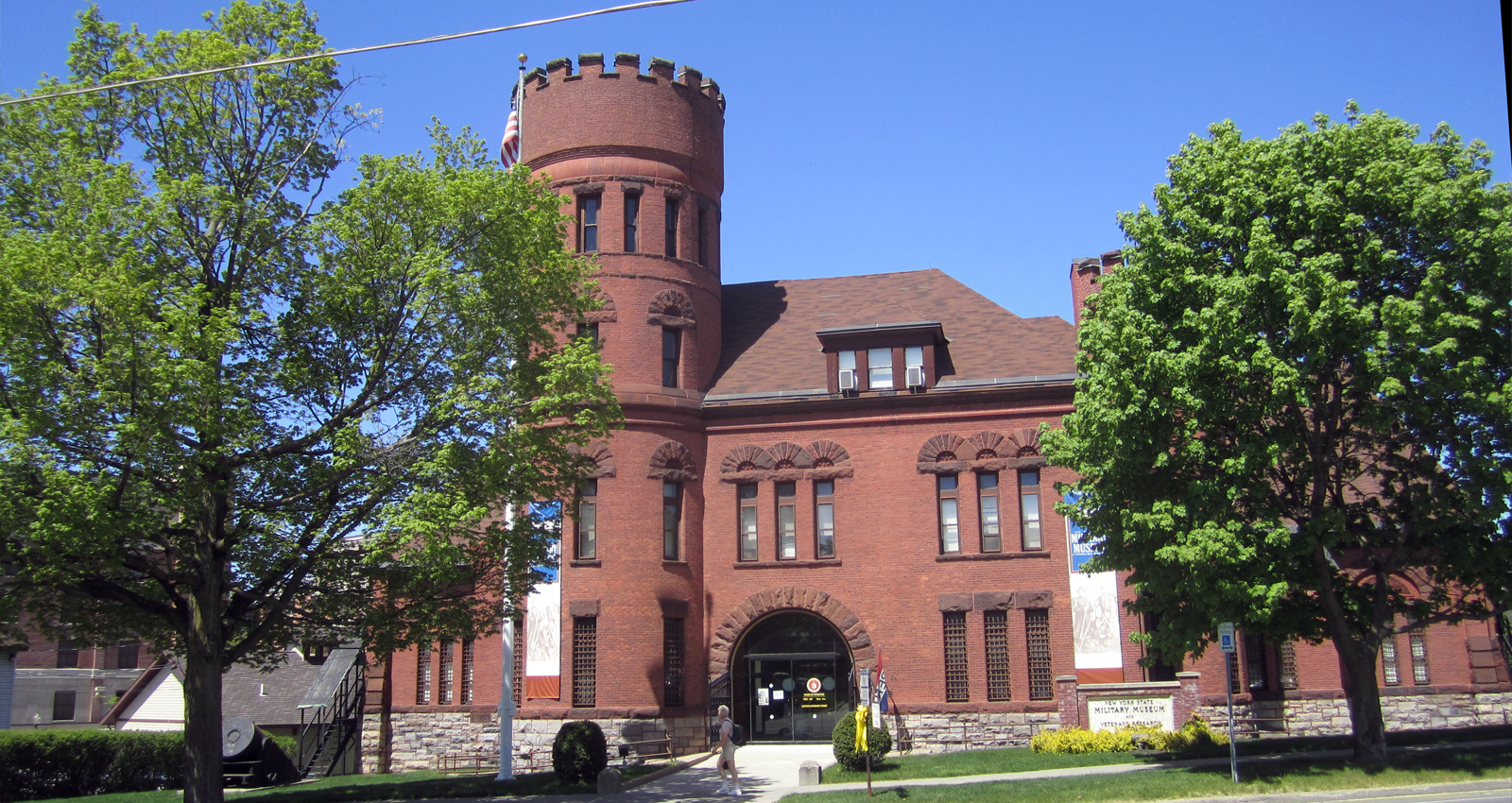 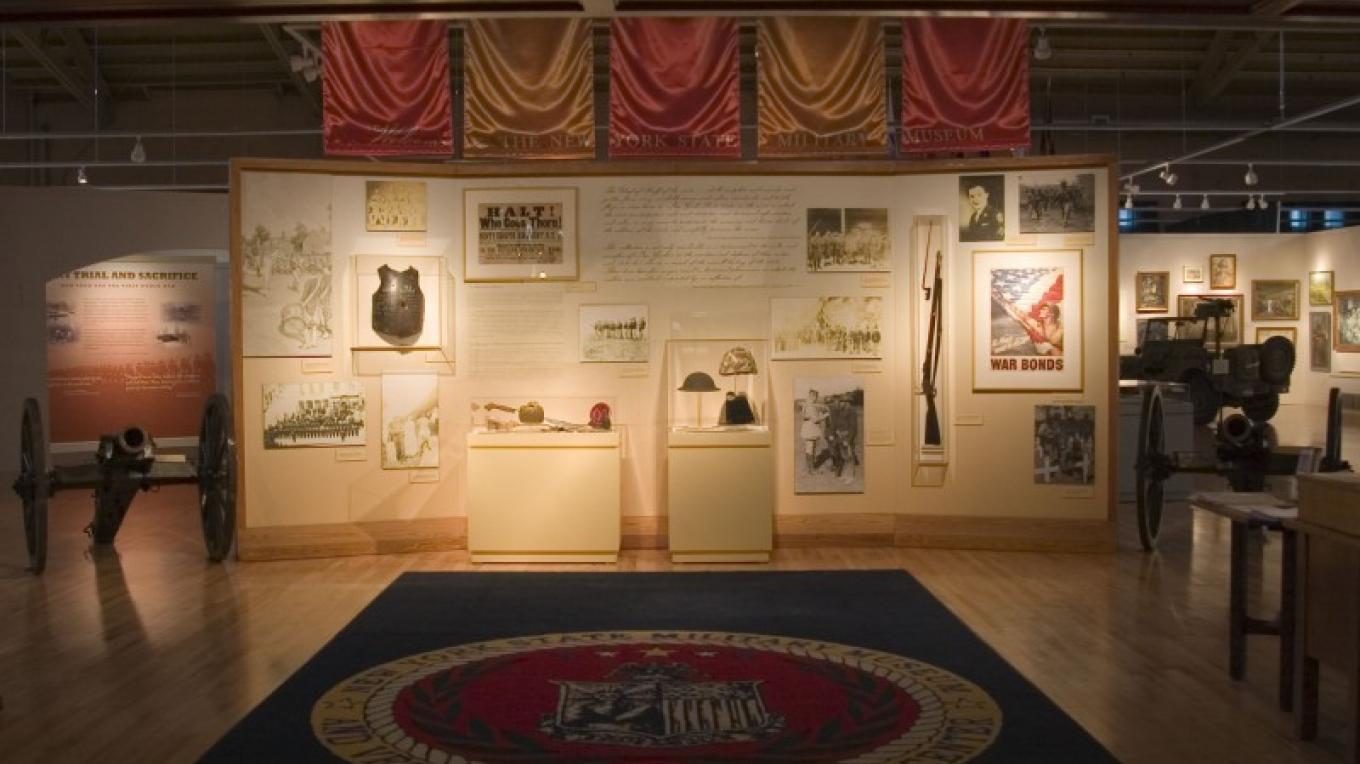 Uniforms and Artifacts in the Museum 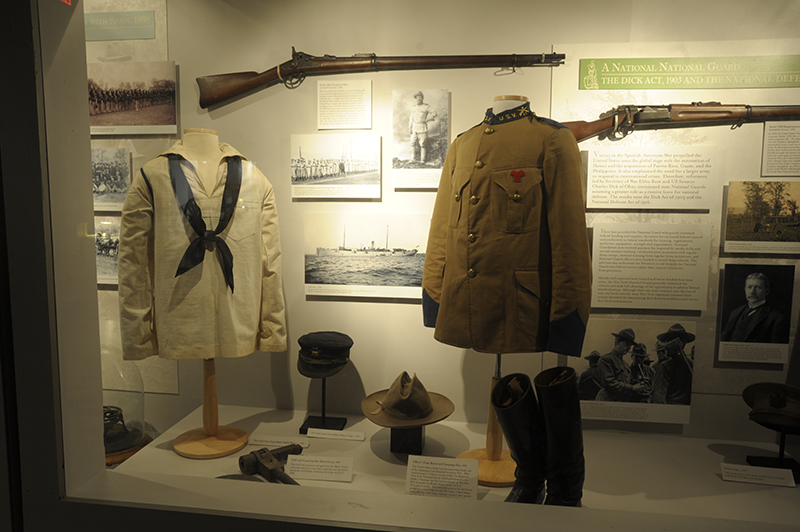 Tank Outside of the Museum 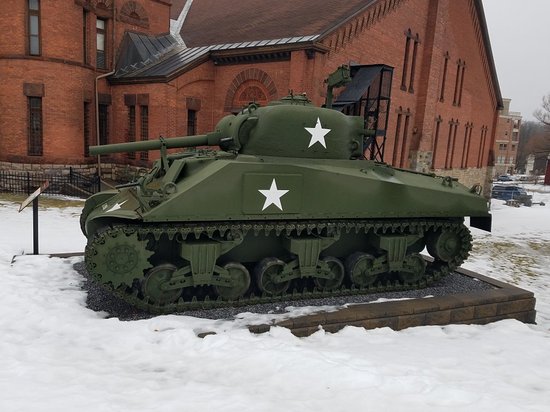 The New York State Military Museum dates back to 1863 when it begun as the Bureau of Military Statistics under the office of the Adjunct General. In 1889, architect Isaac Perry began construction on the armory, which reflects the armory architecture that was popular in New York at the time. The armory was completed two years later. From 1891 to 2002, the armory was used to house different military units, and in 1906, it underwent an expansion and remodeling. The state's illustrious military records did not have a permanent home until 2002 when all of the materials were moved to the armory in Saratoga Springs, which again was renovated to hold such a large archival collection. On October 16, 2002, the New York State Military Museum located at the Saratoga Springs armory was opened to the public.

The New York State Military Museum strives to preserve, interpret, and share the rich history of New York State's military. The museum now holds more than 25,000 items that relate to New York State's military and veterans ranging from the Revolutionary War to today. A large portion of the museum is dedicated to the Civil War, with items on display such as Colonel Elmer Ellsworth's uniform, the bugle and uniform of Gustav Schurmann, and surgeon Jubal Early's medical kit. There are also numerous items from the 27th Division that served in World War I and World War II. In addition, the museum houses the largest collection of state battle flags in the nation. While over half of the flags are from the Civil War, the dates range from the War of 1812 to the Gulf War in the 1990s. A portion of the flag collection is in the capitol building in Albany, which was where the museum collection was first housed.

The Veterans Research Center holds a 12,000 volume library on the state's military history, more than 20,000 photographs, scrapbooks, maps, and more than 2,000 oral histories from veterans that served going back to World War I. The largest portion of the New York State Veteran Oral History Program is the World War II veteran interviews. The nonprofit Friends of the New York State Military Museum was formed to financially support the museum, raise money for exhibits, and host special programs to promote the museum. When visitors first arrive to the museum, they see the famous World War II M4A3 Sherman Medium Tank that wields a 75MM M3 gun. This Sherman Tank was produced by Ford Motor Company between 1942 and 43 and was one of the more common tanks used during World War II. This grand tank marks the beginning of an educational and insightful journey into the rich history of the New York State Military.