The Cooper Hewitt, Smithsonian Design Museum is the only museum in the nation devoted exclusively to historic and contemporary design. The museum presents compelling perspectives on the impact of design on daily life through active educational and curatorial programming. Founded in 1897 by three granddaughters of industrialist Peter Cooper, the Cooper Hewitt Museum was originally under the umbrella of the Cooper Institute. The Cooper Hewitt Museum now resides in the historic Carnegie Mansion, which was constructed for industrialist Andrew Carnegie from 1898 to 1902. This space has been extensively renovated, though it retains its historical authenticity and character. A unique feature of the Cooper Hewitt is the Pen, which allows users to save items for further examination on interactive tables in the museum, or online at a later date. Cooper Hewitt continues to encourage conversation and thought about design through a variety of exhibitions, programs, and initiatives.

Peter Cooper, founder of the Cooper Union for the Advancement of Science and Art, which was the parent organization of the museum. 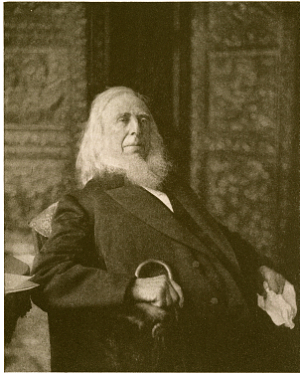 Sisters Sarah Hewitt and Eleanor Hewitt, who were instrumental in the establishment of the museum. 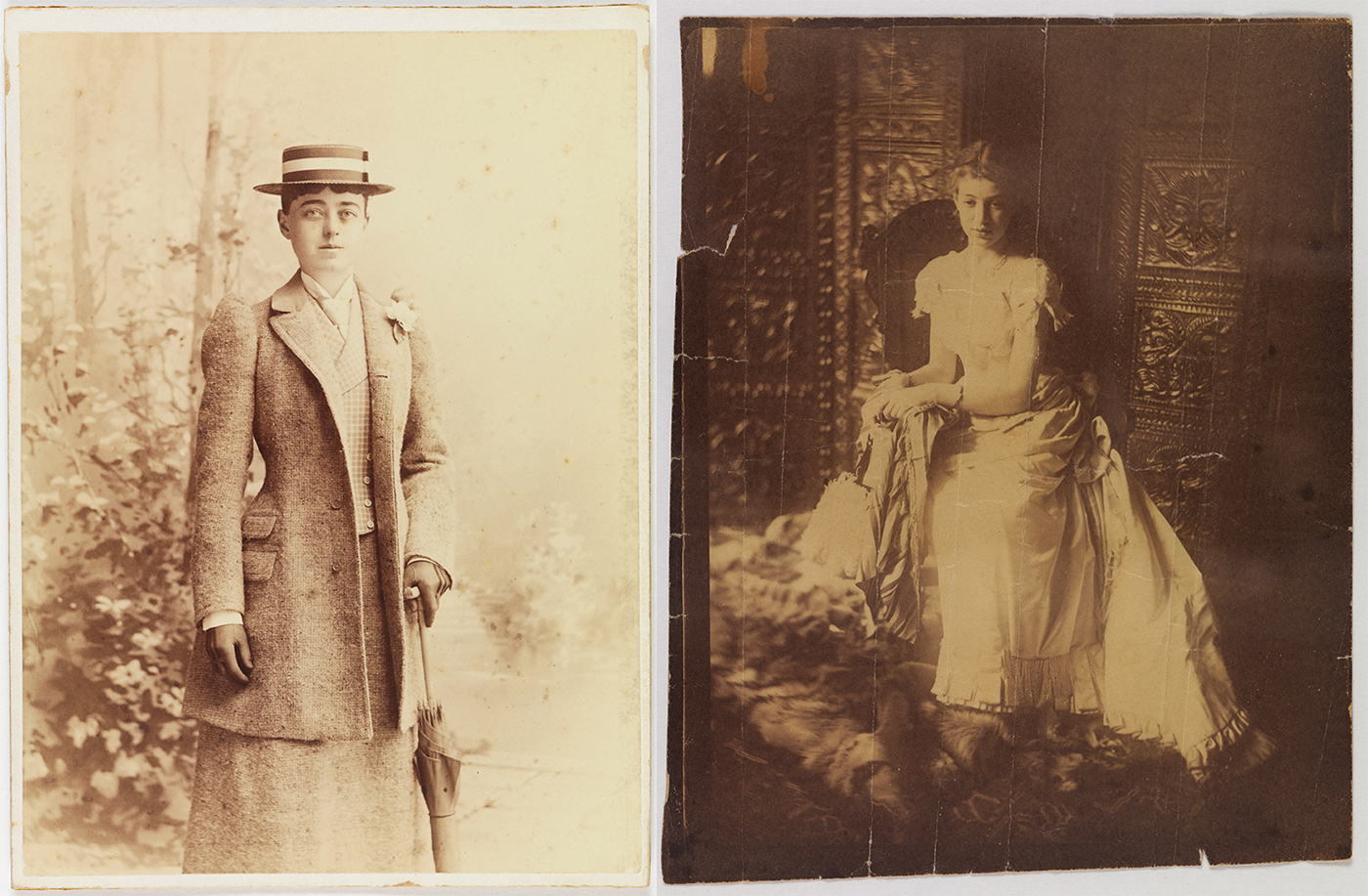 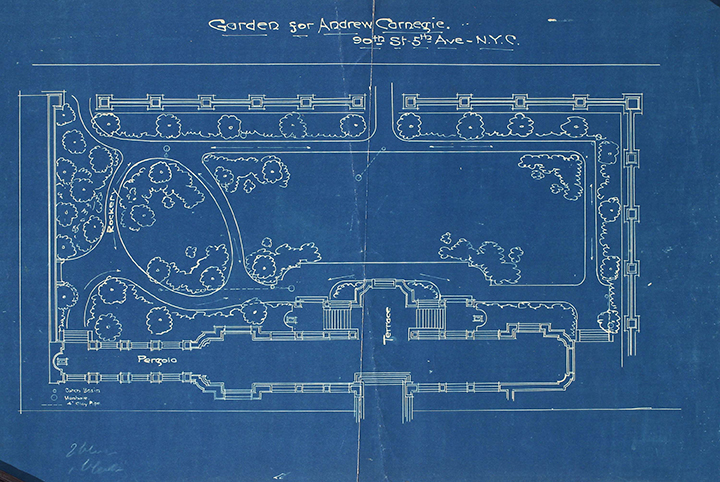 The Carnegie Mansion shortly after completion in 1903. 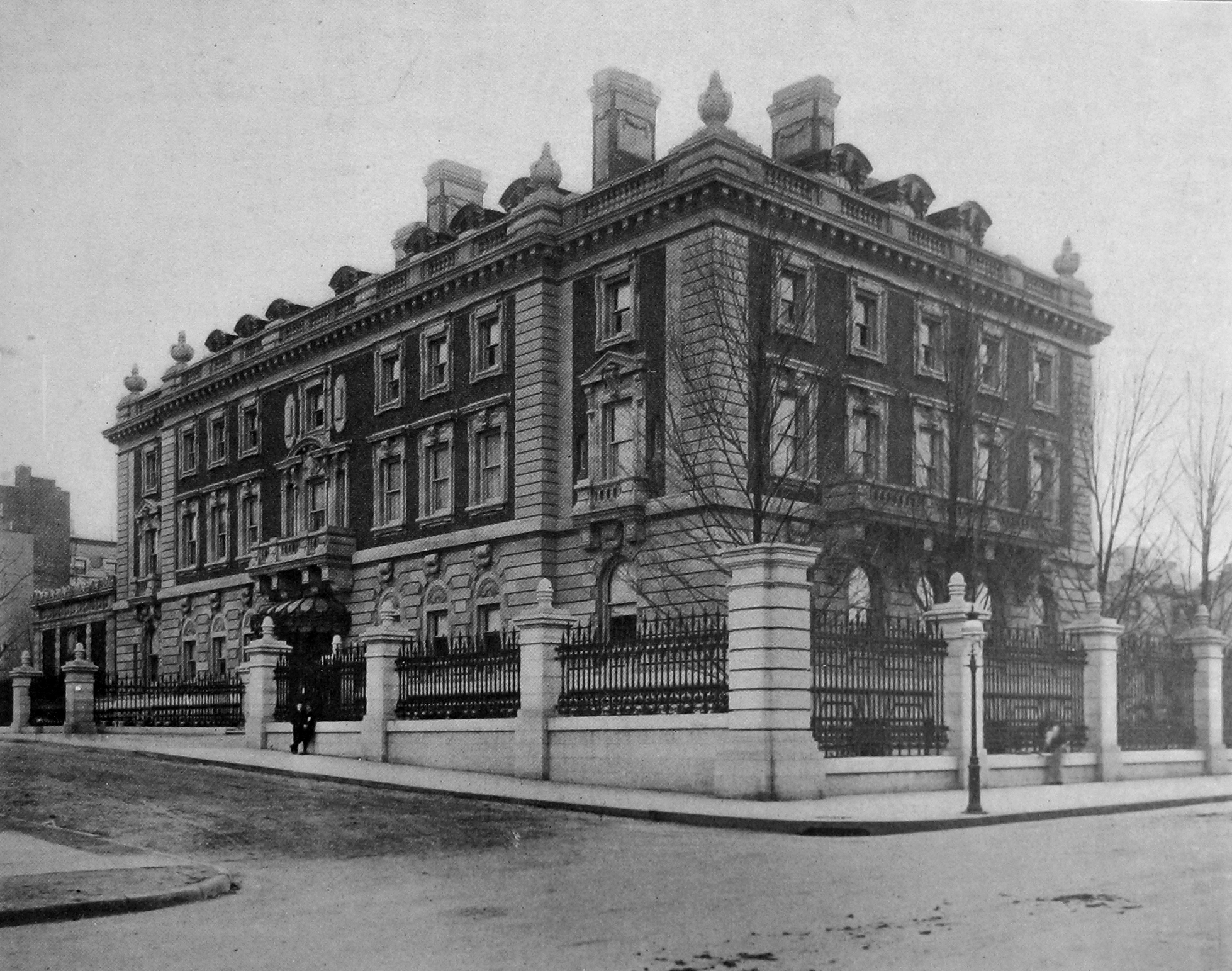 The Carnegie Mansion in 1976, two years before the Cooper Hewitt opened to the public there. 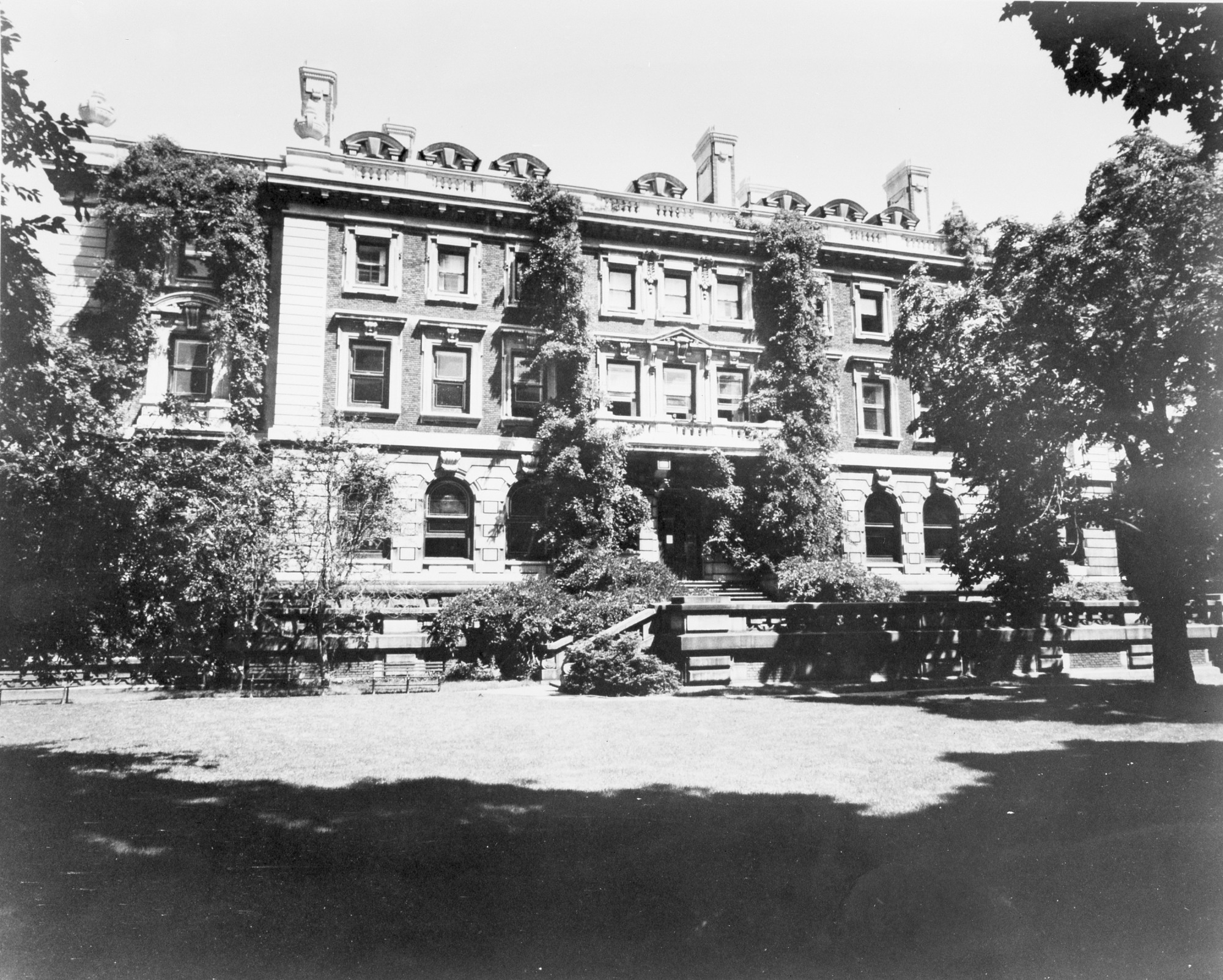 The entry way to the museum's new home 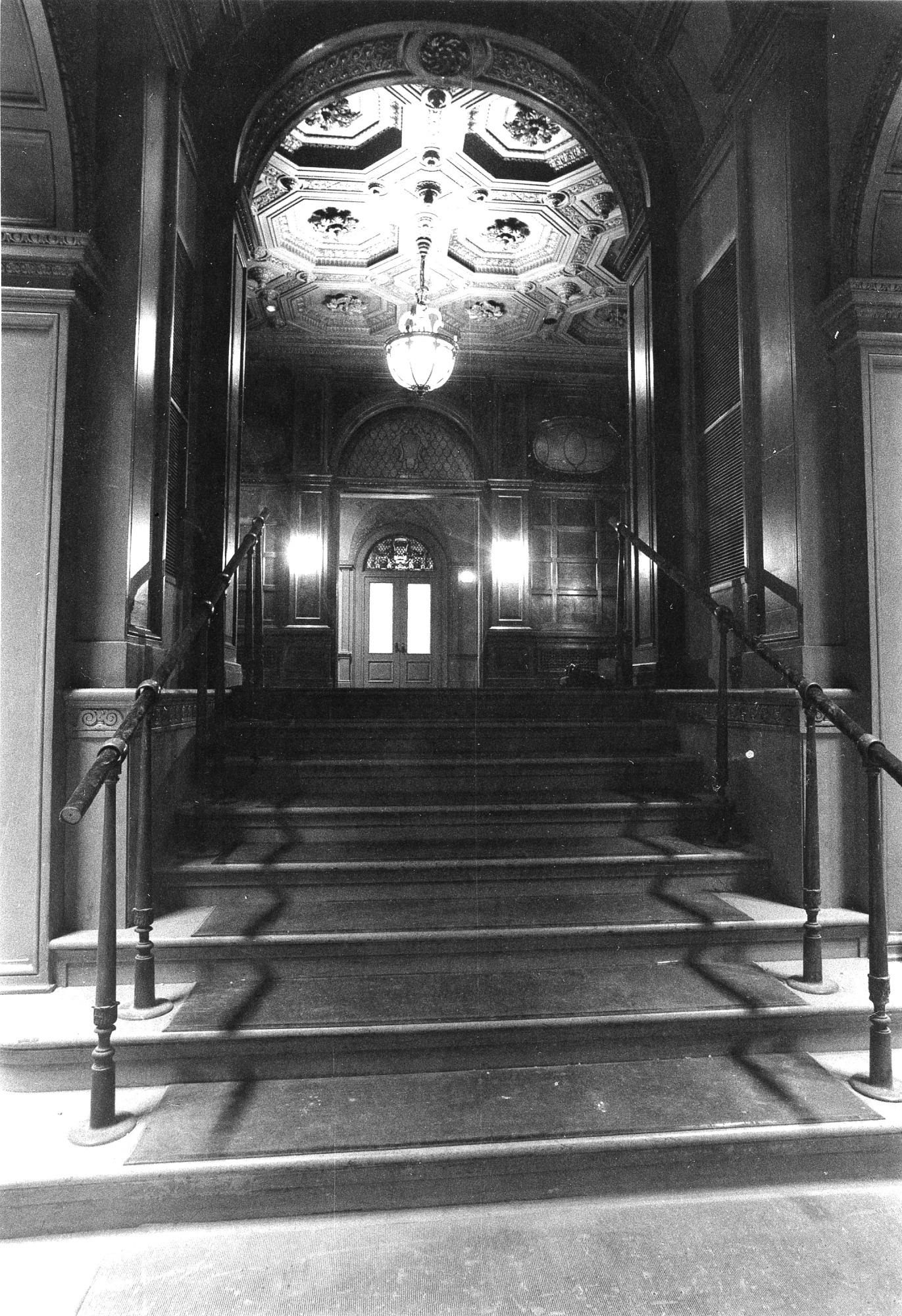 The museum and Carnegie Mansion today. 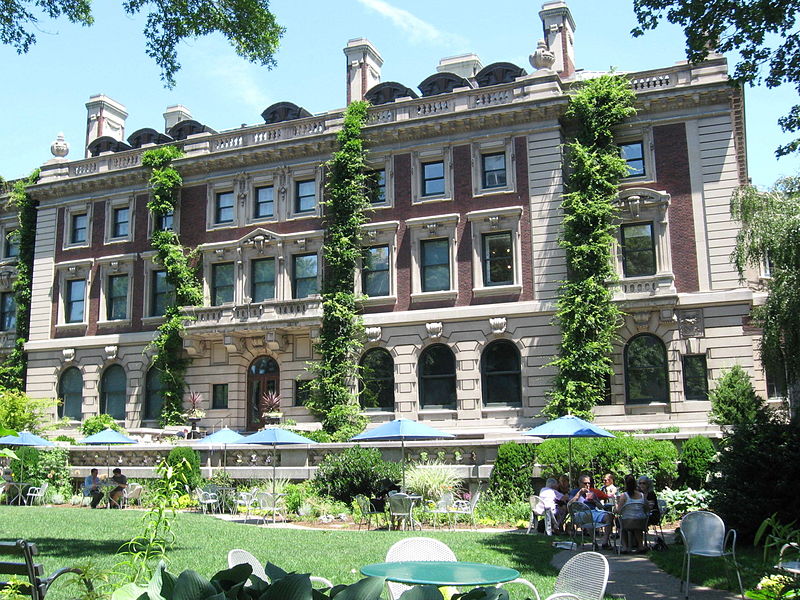 The Pen, which allows users to save objects and examine with more depth using interactive tables at the museum, or online at a later date. 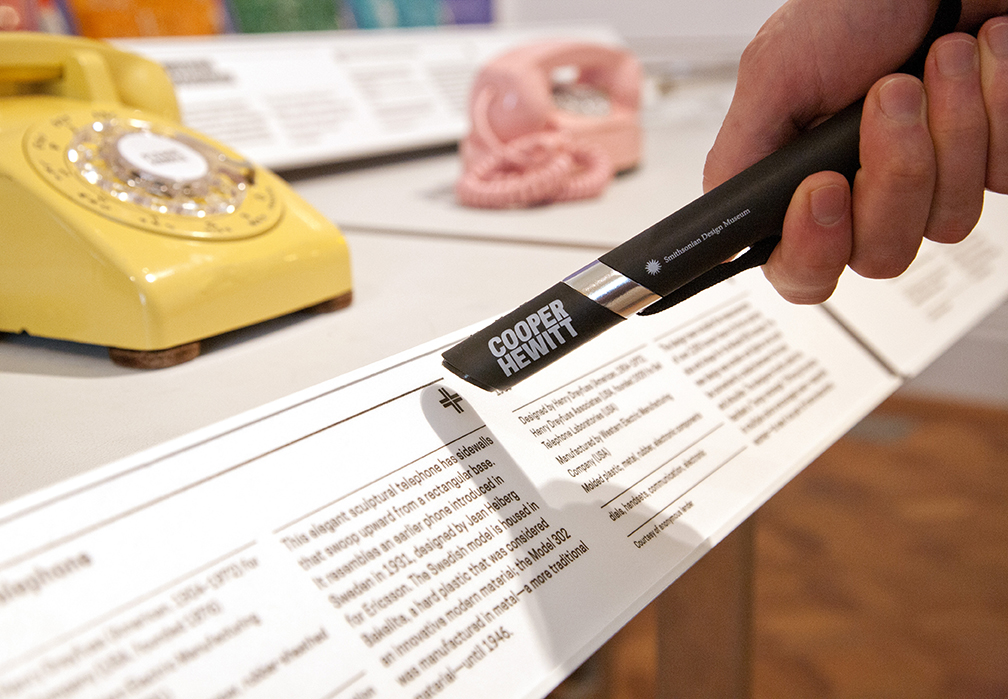 The Cooper Hewitt, Smithsonian Design Museum grew from 1859 Cooper Union for the Advancement of Science and Art. The Cooper Union was founded by Peter Cooper as a free school for the working classes of New York City. Cooper always intended for a museum to be part of this union, though these plans did not actualize until much later in the nineteenth century. In 1895, three of Cooper’s granddaughters – the sisters Eleanor Garnier Hewitt, Sarah Cooper Hewitt, and Amy Hewitt Green – petitioned the board of trustees for the Cooper Union for a museum of decorative arts. The women proposed a space similar to the Musée des Artes Décoratifs in Paris, France. This space would allow students studying at Cooper Union to engage directly with decorative art objects. The board of trustees granted the sisters the fourth floor of the Cooper Union’s Foundation Building to use as a location for the museum. The Cooper Hewitt Museum was officially established in 1896 and opened in 1897. With access allowed three days a week, the museum welcomed members of the general public as well as Cooper Union students.

As the Cooper-Hewitt Museum was no longer affiliated with the Cooper Union, it was in need of a new home. In 1970, the museum moved to the Andrew Carnegie Mansion, where it still resides. The mansion was built by industrialist Andrew Carnegie between 1898 and 1902. The building was created as a New York residence for Carnegie and his wife, Louise, who wished to raise a child there. Carnegie purchased a piece of land in Manhattan which, at the time, was relatively far removed from other homes in the area. Carnegie hired architects Babb, Cook, & Willard to design the home, which they did in a Georgian eclectic style. The completed Carnegie Mansion boasts sixty-four rooms which are spread over three floors and a basement. The building’s once-isolated location also allowed ample room for a garden, which was designed by Guy Lowell and Richard Schermerhorn Jr. The Carnegie Mansion was the first private residence in the United States to incorporate a structural steel frame. This aspect is particularly apropos as Carnegie’s fortune was built through the steel industry. The house also featured an Otis passenger elevator; one of the first in New York City. The Carnegie Mansion was occupied by the Carnegies until Louise’s death in 1946, at which point ownership passed to the Carnegie Corporation. This entity leased the mansion to the New York School of Social Work until 1963. The mansion was named a national historic landmark in 1966, just three years before the Carnegie Corporation offered the building to the Smithsonian Institution.

Though the Cooper-Hewitt Museum moved into the Carnegie Mansion in 1970, it did not open to the public until 1976. Before opening, the house was renovated by Hardy Holzman & Pfeiffer Associates. After nearly two decades of operation, the Cooper-Hewitt Museum of Decorative Arts and Design became the Cooper-Hewitt National Design Museum. This was followed by another renovation in 1998, this time by Polshek & Partners. The modifications were completed in 2001 and updated several galleries as well as linked the Carnegie Mansion with nearby townhomes purchased by the museum. A similar gallery redesign was executed between 2006 and 2008 by Beyer Blinder Belle Architects and Planners and Gluckman Mayner Architects. 2011 marked the inception of the Cooper-Hewitt Museum’s most ambitious building project to date, with over $91 million of funds allocated. Diller, Scofidio + Renfro, and Local Projects were involved in the project. The museum’s library moved to a new location, an off-site collections facility was created, a satellite education space was opened, and the Carnegie Mansion galleries were completely reimagined, which expanded floor-space from 10,000 square feet to over 17,000. In 2014, the museum once again changed names, this time to Cooper Hewitt, Smithsonian Design Museum, which coincided with the completion of the 2011 renovation. The museum also earned LEED Silver certification from the United States Green Building Council in 2015.

The Cooper Hewitt Museum is the only museum in the United States devoted exclusively to historic and contemporary design. The permanent collections consist of over 210,000 objects. These include works on paper, graphic design, textiles, wallcoverings, and digital media. Galleries are typically thematic and rotate often. In addition to being a space where visitors can appreciate the history of design, the museum also strives to encourage conversation about objects and ideas. One of the museum’s largest initiatives is the annual National Design Awards. This program honors lasting achievements in American design through a dinner, ceremony, and special exhibitions. The Cooper Hewitt Museum supports education through its Master’s Program in the History of Design and Curatorial Studies, which it offers in partnership with the Parsons School of Design. Other educational programs focus on middle and high school students interested in design. A unique feature of the museum is known simply as the Pen. A Pen device is lent to all visitors when they enter the museum. When the device is tapped against a label for an item, it is saved by the Pen. Users can then examine saved items on interactive tables in the museum, or online at a later date. This revolutionary way of experiencing a museum reflects the Cooper Hewitt Museum’s emphasis on design.

"A COOPER UNION MUSEUM; Founded by Granddaughters of Peter Cooper and Soon to be Opened to the Public. TO PROMOTE INDUSTRIAL ART Formed on the Model of the Famous Paris Musee Des Arts Decoratifs -- To be Free to All, and No Restrictions -- The Collection Cost Years of Effort." The New York Times (New York) May 23rd 1897. 14-14.