This building constructed in 1905 was the city's first permanent library location. The building was designed by architect William H. Weeks in the Richardsonian Romanesque style, using local bricks, granite, and sandstone. The library and its construction were the result of community effort begun in 1857 and a donation from Andrew Carnegie. 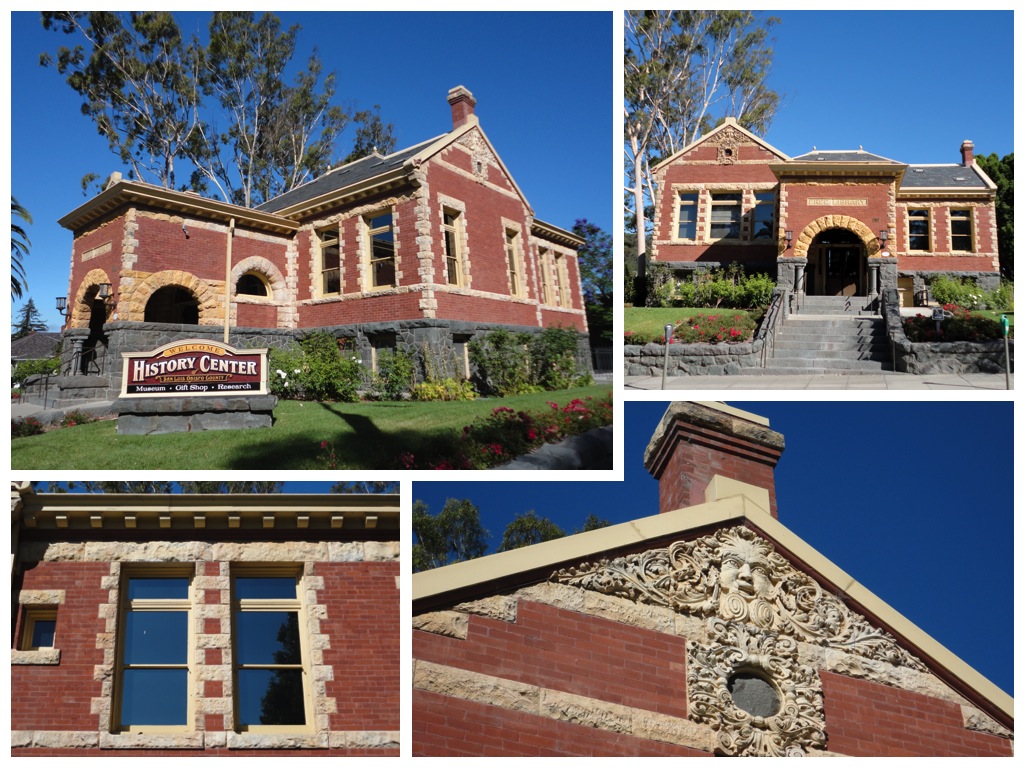 In 1872, several prominent residents of San Luis Obispo formed a Library Association. Monthly memberships were $1.50 and its reading room was open six hours a day.

Legislation in 1878 enabled counties to establish a library and levy a tax for it. (There is no record that this legal authority was utilized in our County.)

In May 1894, a new Library Association was incorporated and, the next month, opened to the public on the second floor of the J.P. Andrews Banking Building, with 768 books. The librarian was the Rev. Robert W. Summers, pastor of St. Stephen’s Episcopal Church.

While the number of volumes and visitors grew, financial stability did not. In 1897, the City agreed to take over the assets and operations of the library.

A 1902 library report noted that workers of the Southern Pacific Railroad were among the library’s regular visitors. By that time, the need for a dedicated library facility was apparent, and the City Library Trustees applied for a $10,000 grant from Andrew Carnegie, to build a new library building.

Since 1881, Carnegie (and later the Carnegie Corporation of New York) had been giving away millions of dollars from his steel-making empire. California received over $2.7 million to build 142 libraries, of which 115 are still standing and 37 still serve their original purpose.

The Carnegie Library in San Luis Obispo opened with a gala inaugural event on the evening of October 25, 1905.

By the 1950s, the growth in population indicated the need for a larger library facility. In 1955, the library moved into a new building next to City Hall, and the Carnegie Library became the new County Museum—today’s History Center of San Luis Obispo County.